Apple has published a new report outlining the different kind of government requests it has received for its customers’ personal data. The report breaks down the number of customer account and device requests from different governments around the world, and the U.S. unsurprisingly leads the pack with the number of requests for each area.

From the beginning of the report:

We believe that our customers have a right to understand how their personal information is handled, and we consider it our responsibility to provide them with the best privacy protections available. Apple has prepared this report on the requests we receive from governments seeking information about individual users or devices in the interest of transparency for our customers around the world.

This report provides statistics on requests related to customer accounts as well as those related to specific devices. We have reported all the information we are legally allowed to share, and Apple will continue to advocate for greater transparency about the requests we receive.

“We do not store location data, Maps searches, or Siri requests in any identifiable form.”

Apple has been very adamant about its commitment to customer privacy in light of the recent NSA findings and allegations that services like iMessage aren’t truly secure from spying. “We protect personal conversations by providing end-to-end encryption over iMessage and FaceTime,” says Apple in today’s report. “We do not store location data, Maps searches, or Siri requests in any identifiable form.”

“We strongly oppose this gag order”

The U.S. government forbids Apple and other companies from disclosing detailed information about the requests they have received from law enforcement, such as the exact information that was given over. “We strongly oppose this gag order, and Apple has made the case for relief from these restrictions in meetings and discussions with the White House, the U.S. Attorney General, congressional leaders, and the courts,” says Apple.

In the report, Apple takes a shot at companies like Google and Facebook—both of which have also participated in PRISM—by stating that it is not in the business of collecting personal data. According to Apple, only a small number of the requests it receives are related to personal data stored online in services like iTunes or iCloud.

Apple has broken down the numbers it is reporting into two fields: account and device requests. The first is typically related to matters of national security while the latter is usually related to a customer working with law enforcement to find a stolen device. 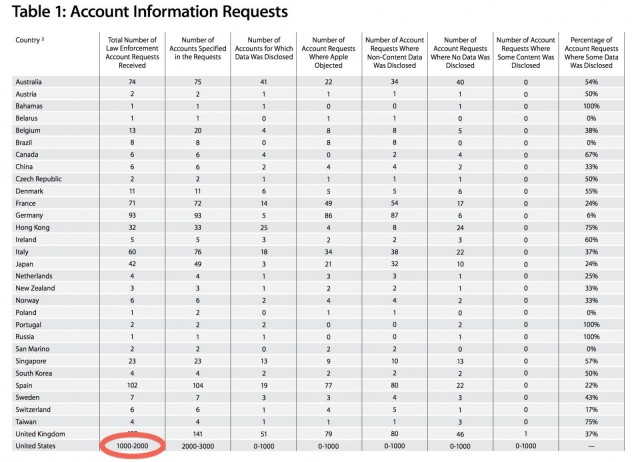 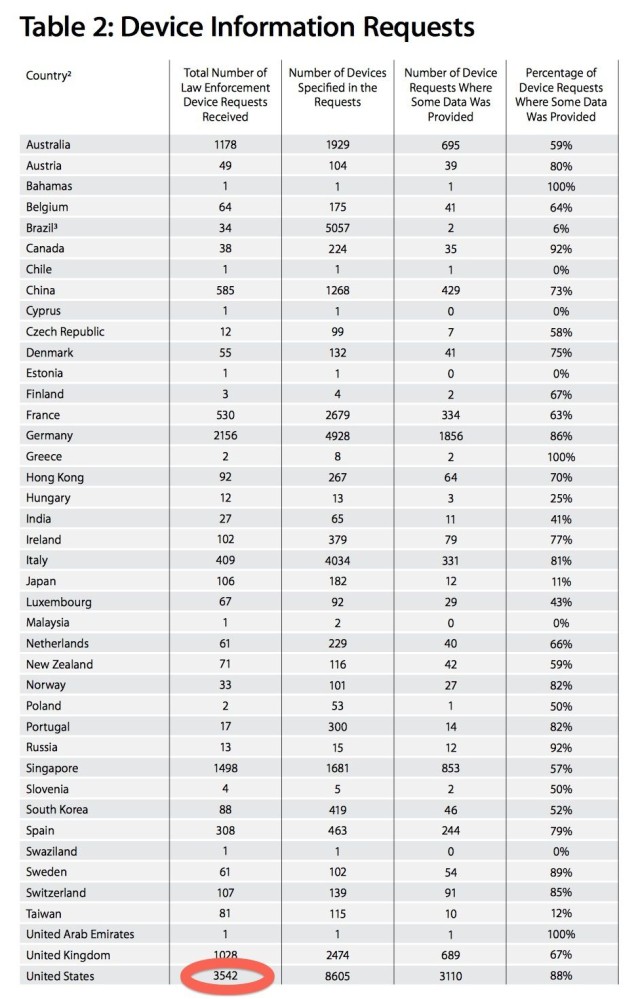 You can read Apple’s full report at the source link below.