Until two days ago, Apple had been without a head of retail for nearly a year. As part of the upper-management reshuffling Tim Cook oversaw last October, John Browett was let go after filling the role for only six months. Apple executives reportedly clashed with Browett, who previously had been the CEO of British retailer Dixons, and he didn’t seem to leave Apple on the best of terms.

After a year of searching, Apple has finally found a Senior Vice President of Retail and Online Stores: Angela Ahrendts, the former CEO of Burberry in Britain. She’s coming to Apple at a very crucial time in the company’s development post-Steve Jobs, and although she’s worked in fashion most of her life, she looks like the perfect fit.

Here are 10 things to know about Angela Ahrendts:

1. She’s From Indiana, Not London 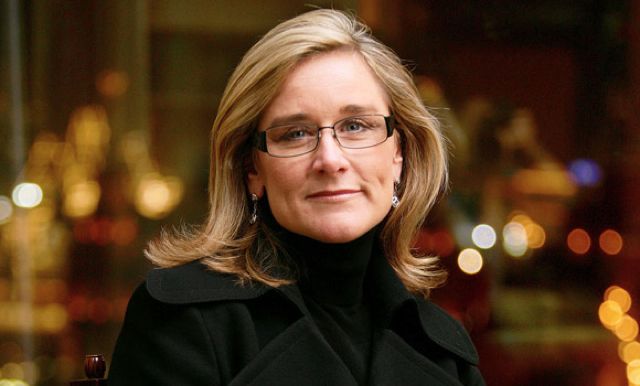 Ahrendts may have been the CEO of a London-based fashion company, but she was born and raised in New Palestine, Indiana, a suburb of Indianapolis. Joining Apple will mean returning to her American roots.

From a profile in The Wall Street Journal three years ago:

She wasn’t raised with handmade elegance and can’t claim a pedigree from École Polytechnique or reminisce about the family château. She doesn’t even have the rapid-fire, cosmopolitan panache of her predecessor, Rose Marie Bravo, who once ran Saks Fifth Avenue. Ahrendts, whose father retired as a smalltown entrepreneur and whose mother did a bit of local modeling, spent her childhood in New Palestine, Ind. (population 2,098), one of six kids, sewing her own clothes and dreaming of a job in the fashion industry.

She went on to graduate from Ball State University in 1981 with a degree in Merchandising and Marketing.

She was brought up methodist, and she is a “committed Christian who reads the Bible every day” and wears a cross around her neck. She is married with three children.

2. She Has Lots Of Experience In The Fashion Industry 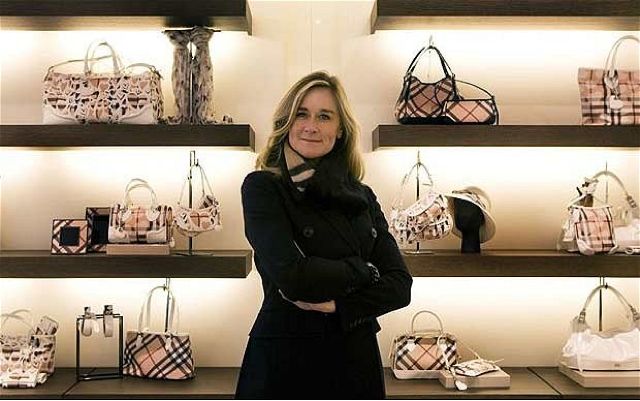 After college, Ahrendts moved to New York City to start her career. There she worked at a string of companies, including Warnaco, a bra maker.

She also worked at Donna Karan (DKNY), Leslie Wexner (Limited Brands), and Henri Bendel. She eventually became vice president of Fifth & Pacific Companies, and there she was responsible for the complete line of Liz Claiborne products.

3. Her Story At Burberry Is Reminiscent Of Steve Jobs At Apple 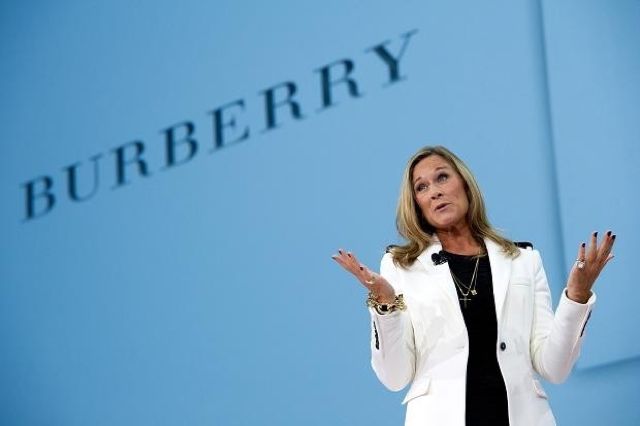 She was asked to be the CEO of Burberry in 2006, and she accepted the position and moved to London with her family. The scenario was very similar to when Steve Jobs returned to Apple in the late 90s. From the aforementioned Wall Street Journal profile:

During the tail end of Bravo’s [former Burberry CEO] tenure, the brand suffered a setback. The ubiquitous check had been commandeered by the rough-and-tumble working-class youth, or “chavs,” worn head-to-toe by B-list celebrities and widely counterfeited. But since Ahrendts came on in 2006 and removed the iconic pattern from all but about 10 percent of the items produced, Burberry has reclaimed its identity.

Burberry was in the midst of an identity crisis, much like Apple was in the 90s. Ahrendts took the disjointed Burberry lineup and slimmed it down into a luxury brand. Like Jobs, the first thing she did when she joined was cut unnecessary expenses and part of the workforce.

“In luxury, ubiquity will kill you—it means you’re not really luxury anymore,” said Ahrendts earlier this year in the Harvard Business Review. “And we were becoming ubiquitous. Burberry needed to be more than a beloved old British company. It had to develop into a great global luxury brand while competing against much larger rivals.”

Revenues during her tenure rose from £2 billion to over £7 billion, and Burberry is now one of the five largest luxury brands in the world with 530 stores scattered around the globe.

4. Apple And Burberry Are Close Friends 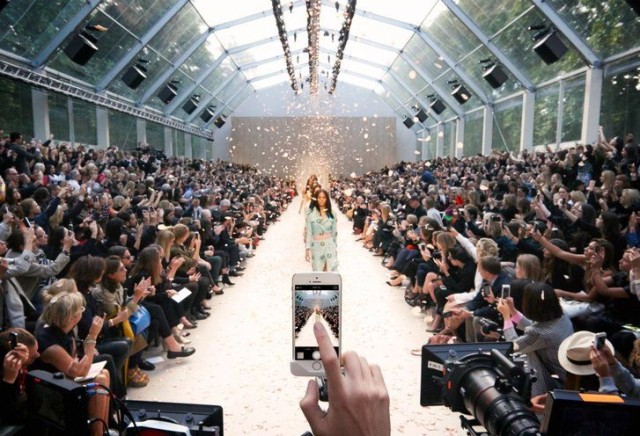 “If I look to any company as a model, it’s Apple,” said Ahrendts to the Journal a few years ago. “They’re a brilliant design company working to create a lifestyle, and that’s the way I see us.”

For the launch of the iPhone 5s, Burberry was given exclusive access to the phone early to shoot its collection at London Fashion Week.

5. She Has Been Very Successful 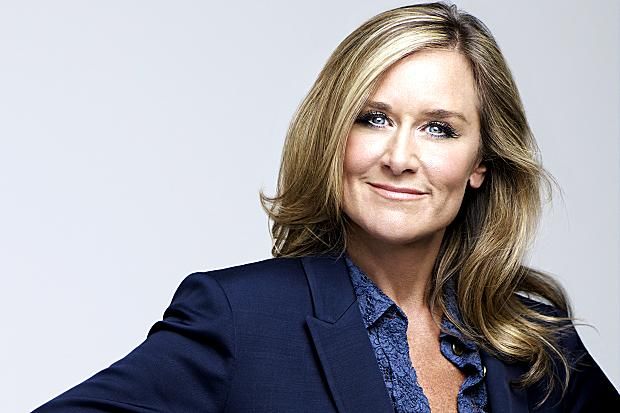 Paid $26.3 million last year, to be exact. That makes her the highest paid CEO in the U.K. Apple’s senior executives are some of the highest paid employees in the United States, so she’ll be right at home.

Without embracing design, how can you ensure evolution of business? Design must be in the boardroom – CEO @Nike Mark Parker #bestdesignfc

You can follow her at @AngelaAhrendts. She’s following @tim_cook.

In a TEDx talk earlier this year, she talked about the ” positive and transformative power of human energy.”

8. She’s The Only Woman On Apple’s Senior Executive Board 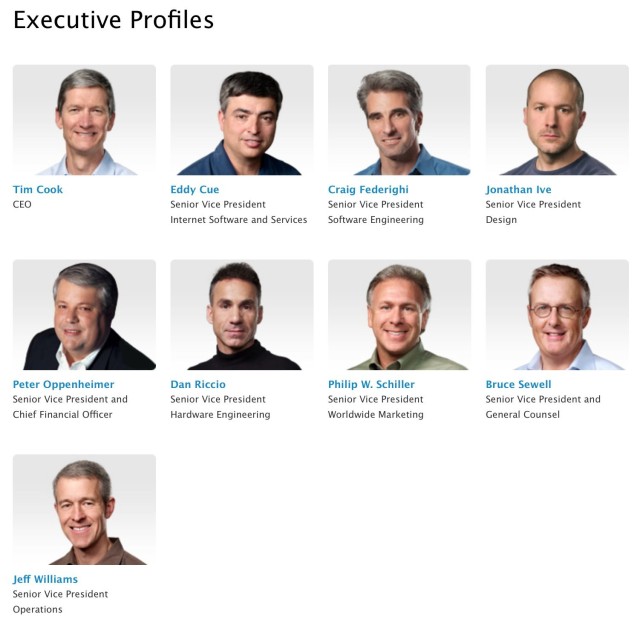 And that’s a good thing for Silicon Valley in general. 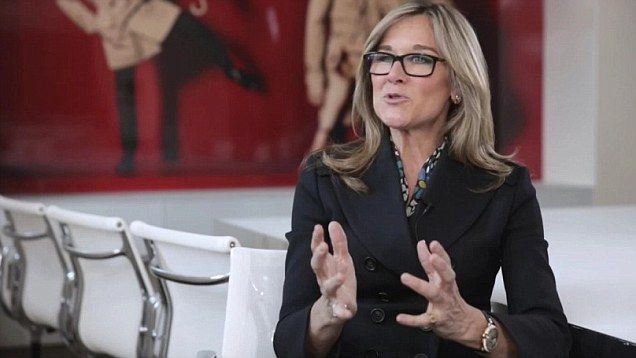 Reporter Jessica Lessin has heard that Ahrendts was particularly interested in Burberry’s watches. “I also hear she took particular interest in the watch retailing space in Burberry stores. Let’s just say her passion for watches is a coincidence. Or maybe just a plus. Needless to say the merchandising around the iWatch, whenever it arrives, will be remarkable.” 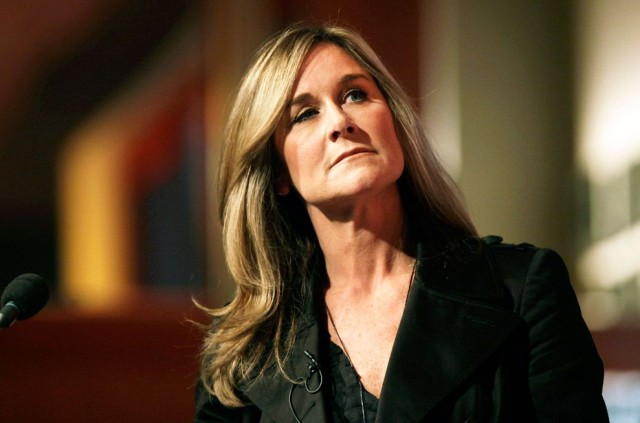 In an internal memo he sent to Apple employees:

She shares our values and our focus on innovation. She places the same strong emphasis as we do on the customer experience. She cares deeply about people and embraces our view that our most important resource and our soul is our people. She believes in enriching the lives of others and she is wicked smart. Angela has shown herself to be an extraordinary leader throughout her career and has a proven track record. She led Burberry through a period of phenomenal growth with a focus on brand, culture, core values and the power of positive energy.

Ahrendts joins Apple in the spring.