In my childhood, I had two obsessions: Calvin and Hobbes and Apple. And someone has finally had the foresight to bring them together for Calvin and Jobs, which chronicles the adventures of a boy and his imaginary Apple CEO. It’s quite witty, very much in the tone of the real series. The cartooning isn’t so elegant as (almost certainly disapproving) Bill Watterson, but that’s pretty much a certainty. Still, my favorite remix comic since Garfield Minus Garfield, so well done, PinkFloyd99 of Flickr!  Click through the jump for four more adventures of Calvin and Jobs!

Update: This set of cartoons was written by Jacob Lambert and drawn by Gary Hallgren, and is from a two-page spread in the current issue of MAD Magazine. 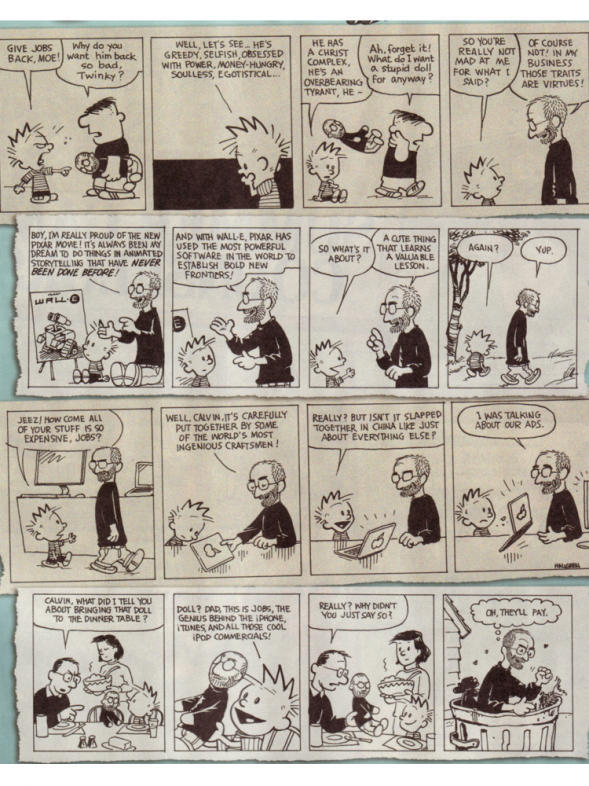 13 responses to ““Calvin and Jobs,” the Story of a Boy and His iCEO”