The fifth-generation iPad’s new front panel, which sports thinner bezels down the sides of its display, has appeared yet again in a new high quality gallery. The panel already has its digitizer and flex cables fitted, and it appears to be a genuine Apple component straight off the production line.

The pictures come from Sonny Dickson, who has been behind most of the iPhone 5S and iPhone 5C component leaks in recent months. They all but confirm what we’ve been expecting from the iPad 5 in terms of design — a new form factor that’s significantly narrower than previous iPads, and more like a large iPad mini. 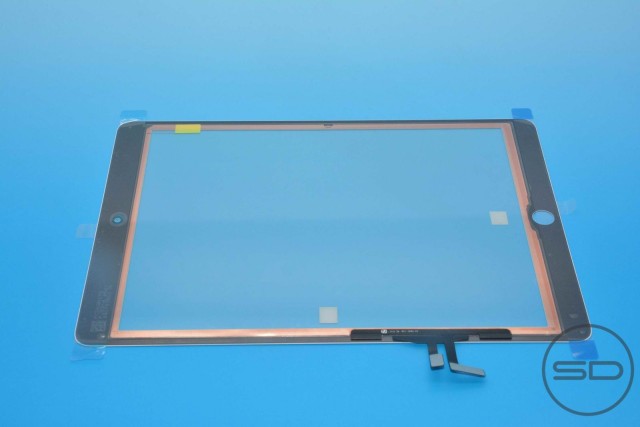 We also expect the new iPad to be significantly thinner and lighter than its predecessor, but it will maintain the same high-resolution Retina display. A recent report from The Wall Street Journal claimed that Apple will adopt the same film-based touch panel technology used in the iPad mini to make the larger display thinner than before.

It’s currently unclear when Apple will announce the fifth-generation iPad. Many reports have suggested Apple’s new tablets will get their own press event in October, but according to Bloomberg, they will be appearing alongside the iPhone 5S and the iPhone 5C on September 10.