The AppStore went live this morning, included in the iTunes 7.7 release available through Software Update.

Though this is surely to change over time, only a handful of applications are available in the Applications pane of iTunes this morning. More than 500 titles are included in the initial launch, according to a piece in the New York Times, in which Steve Jobs is quoted, saying of the AppStore, “”We are not trying to be business partners [with developers].” Instead, he said, the goal is to “sell more iPhones.” 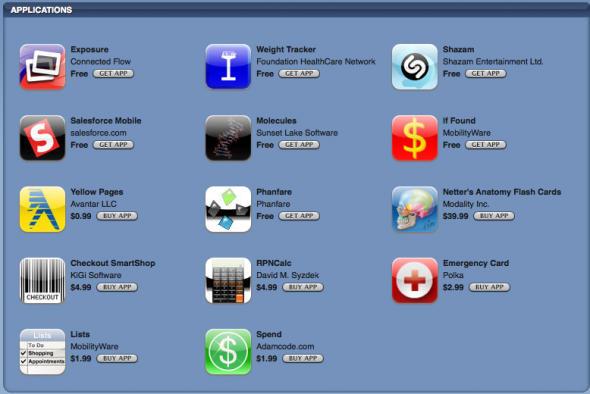 Twenty-five percent of the first 500 applications at the store will be free, according to Jobs. Of the commercial applications, 90 percent will be sold for $9.99 or less, he said in the Times article, adding that a third of the first wave of applications will be games.

As of this morning, if you already know of a game or application that is or should be in the AppStore, it may be available through a search by name.

Here’s another screenshot showing apps in the layout. It should also be noted that the AppStore is currently available only for your browsing pleasure. Until the iPhone 2.0 firmware is released (perhaps later today?), you won’t be able to download any applications to your iPhone or iPod Touch. 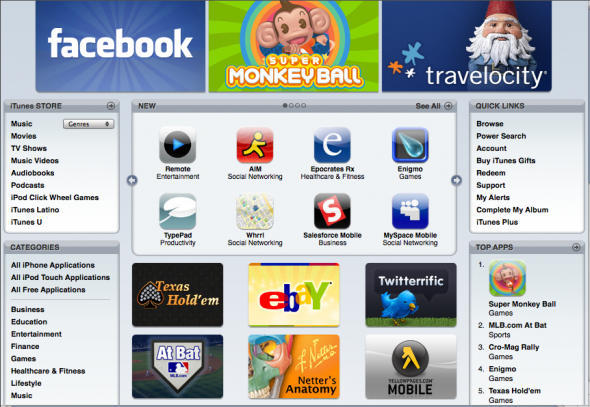 6 responses to “AppStore Live with 500 Titles”