The iPhone 5 has been jailbroken, and that means that it’s time to install the coolest tweaks and apps from Cydia, the jailbreak alternative to the App Store.

Wondering about what you should install? Here’s a roundup of the very best jailbreak tweaks available for the iPhone 5:

Tired of Apple’s boring app switcher? Then you need Auxo. Instead of app icons, Auxo displays live app preview cards that can be closed by swiping. There are enhanced music controls and minimalistic toggles for settings like WiFi, Bluetooth, cellular data, and even screen brightness. Because of the Settings toggles, Auxo also does away with the need for SBSettings, an old and popular tweak that lets you access Settings toggles anywhere in iOS. 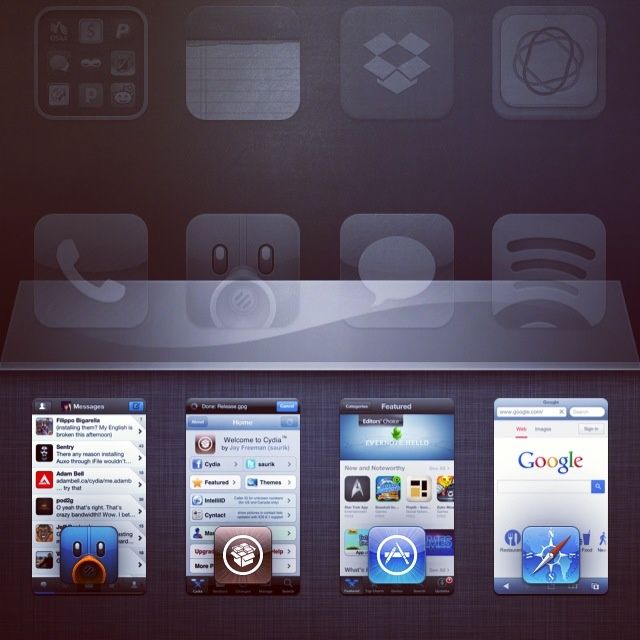 Springtomize 2 for iOS 6 should be on every jailbroken iPhone 5, period. The app combines dozens of jailbreak tweaks into one package. You can customize just about any aspect of iOS you wish, such as: hide app labels, add more apps to dock, shrink app icons, disable folder badges, hide carrier name in status bar, and a whole lot more.

biteSMS replaces Apple’s Messages app and adds a slew of useful features. The coolest aspects of biteSMS are Quick Compose and Quick Reply. You can send a message without having to go into the actual Messages app. Just press a volume button on the iPhone and tap the on-screen volume indicator to bring up Quick Compose. Quick Reply lets you swipe an incoming message to answer it without entering the Messages app. You can mark messages you want to read later, and biteSMS will show a little unread ticker in the top right of your iPhone’s status bar.

Android users have always flaunted the ability to unlock their handsets with a gesture. iOS will only let you slide to unlock your iPhone by default, but Stride brings customizable gestures to a jailbroken lock screen.

Once you draw your own unique password, your jailbroken iPhone can’t be unlocked without the specific gesture you create. Stride is really solid and actually feels better than Android’s implementation of the feature. Plus it just looks cool. 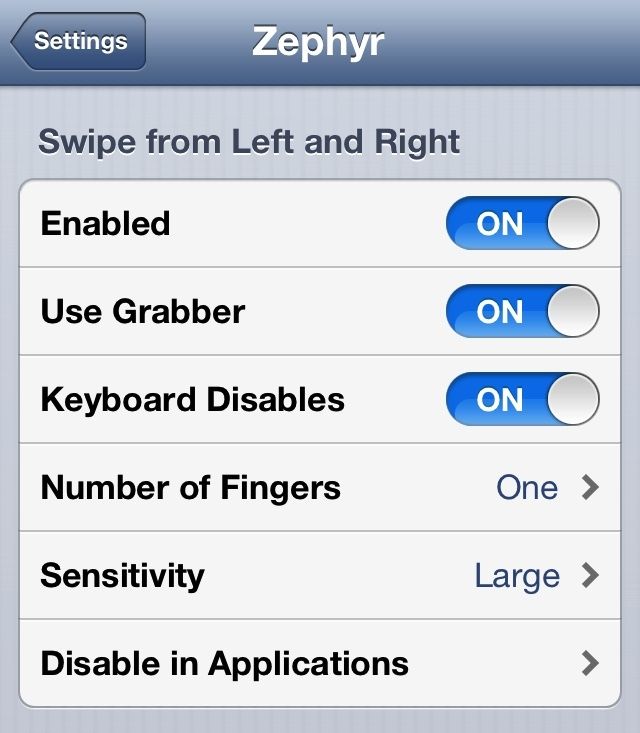 Zephry is iOS gestures done right. With this handy tweak, you can use new swiping gestures to quickly switch between open iPhone apps and the app switcher.

Zephyr’s settings let you customize how many fingers you want to use for each gesture. You can disable gestures in certain apps, like a game where you don’t want to accidentally swipe out of while you’re playing. Zephyr works particularly well with Auxo. 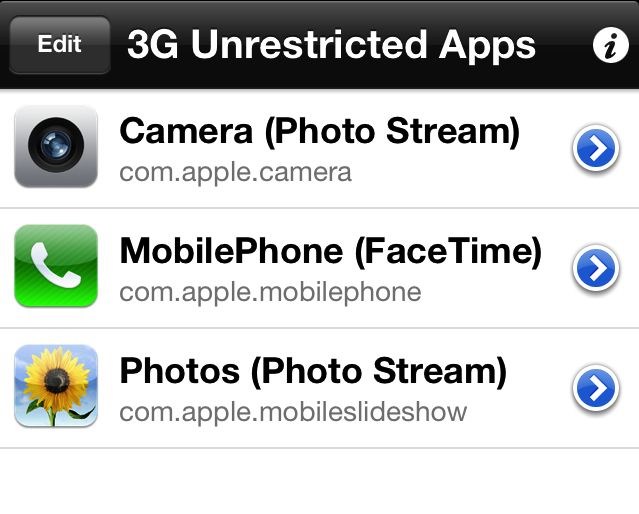 Apple restricts what certain services can and can’t do over a cellular connection. For instance, you can only upload photos from your Camera Roll to Photo Stream over WiFi. Many U.S. iPhones are also limited in their ability to use FaceTime over cellular.

3G Unrestrictor tricks iOS into letting certain services work over cellular when they technically aren’t supposed to, including FaceTime. Any app that has cellular restrictions can be added to your iPhone’s blacklist in 3G Unrestrictor. Once added, the app/service will behave as if it’s always connected to WiFi.

There are other jailbreak apps like My3G that offer the same functionality, but 3G Unrestrictor has better compatibility with newer iOS devices. 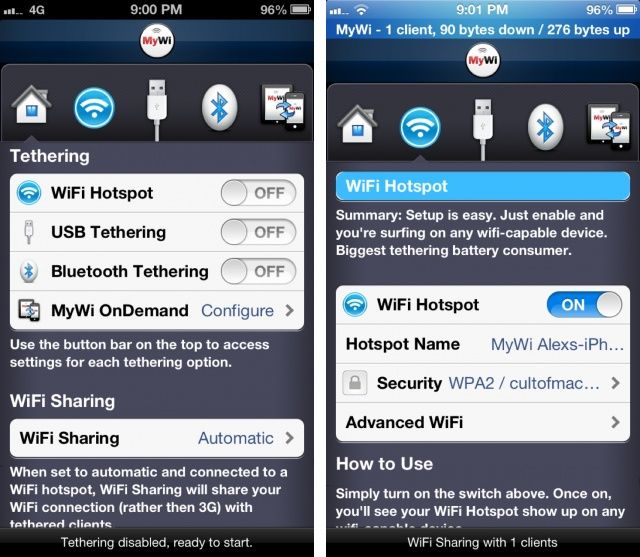 Carriers can catch on to shady tethering activity and potentially charge you for it, so proceed at your own risk. 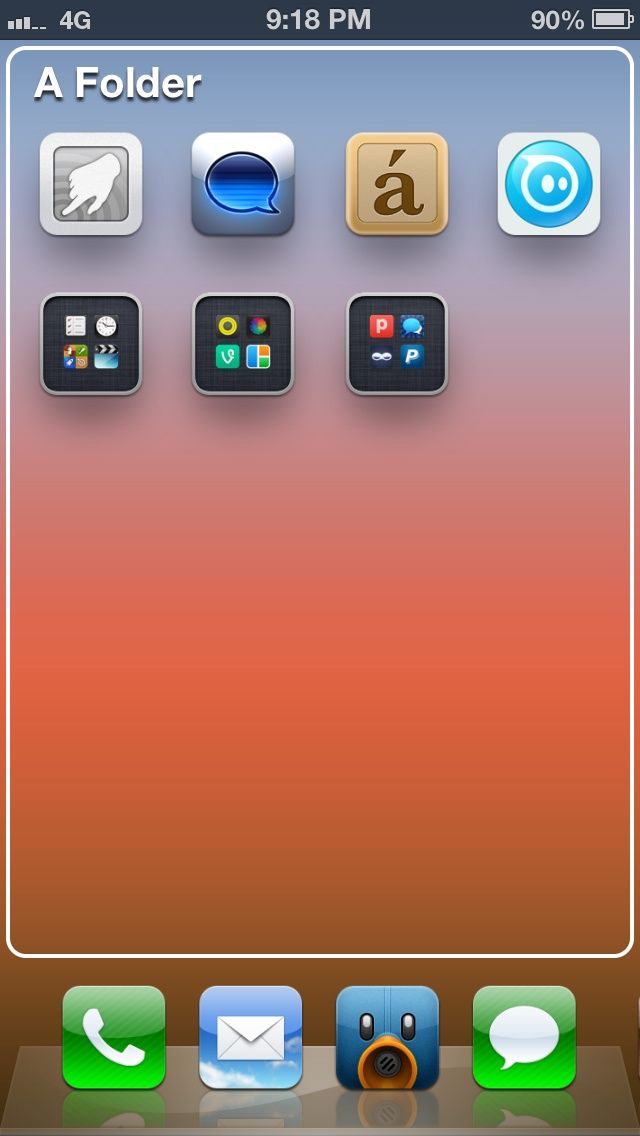 Not only does FolderEnhancer let you put an infinite amount of apps in a folder, but you can folders within folders. (Folderception?) The folder background can be customized as well with different designs and colors. 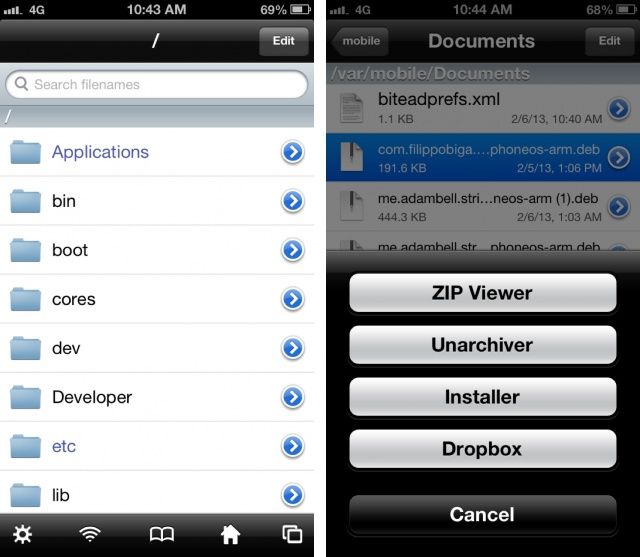 Apple made a deliberate decision to hide the iOS filesystem. You can’t see a documents folder or move files around like you would on a Mac. And for most people, that’s just fine. But for the tinkerers, iFile is a necessity. It’s like Finder for iOS. 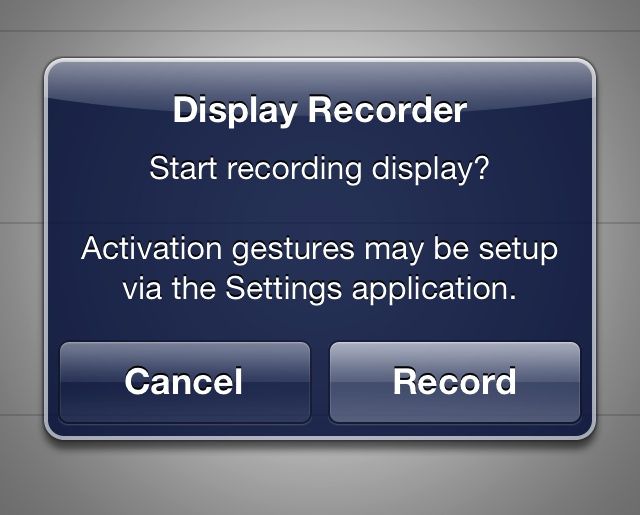 Have you ever seen a video demo for an app where the screen activity is recorded? You can do that on your iPhone too with Display Recorder, a great jailbreak app that captures video of whatever you’re doing on your screen. Once you’re done recording, you can send videos to a desktop computer or upload them directly to YouTube. 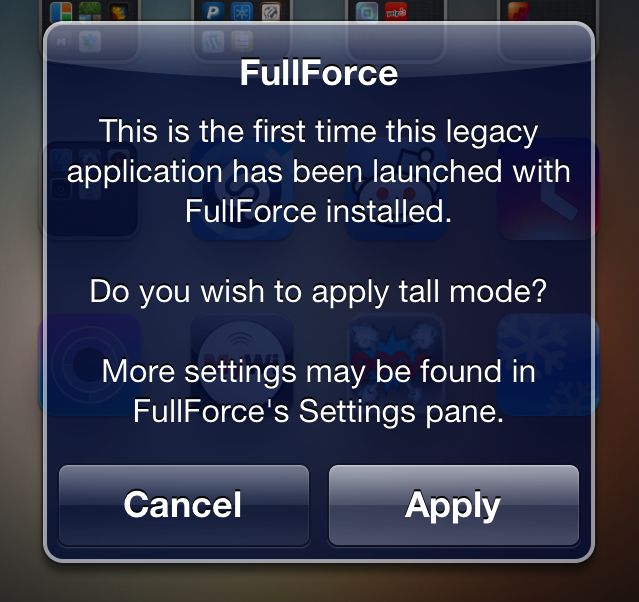 By now most iOS apps should be updated for the iPhone 5’s taller display. But if for some reason you want to use an app that has yet to be updated with compatibility, you’re stuck with ugly black bars at the top and bottom of the screen.

FullForce for iPhone is a jailbreak tweak that automatically stretches apps to fit the iPhone 5’s 4-inch display. No more black bars!

NowNow: If you’re sick of Siri, then you may like Google’s Voice Search better. NowNow replaces Siri’s ability to search with the web with Google’s voice technology. You can’t use Google for any of Siri’s other tricks, but web results are delivered just fine.

SwipeSelection: Selecting chunks of text in iOS is a pain. SwipeSelection improves the processes by letting you slide one finger on the built-in keyboard to move your cursor. Hold the shift key and slide to select a text chunk.

NCSettings: If Auxo or SBSettings isn’t your thing, then you may like NCSettings. A few Settings toggles are placed in Notification Center next to your weather and stock widgets.

BrowserChooser: Wish that you could make Google Chrome the default iOS browser instead of Safari? Now you can.

The Best Jailbreak Tweaks For The iPad

Make sure to check out our ultimate roundup of awesome jailbreak tweaks for the iPad as well!