Apple has just announced the numbers for what has proven to be another record quarter, yet compared to the numbers Cupertino was showing a year ago, Wall Street is worried that Apple’s growth may have finally stalled. Are they nuts?

To help you make sense of Cupertino’s incredible growth, here’s a breakdown in easy-to-read chart form of everything from the growth of Apple’s revenues, profit and cash hoards, to the rise and fall of Cupertino’s various product empires.

We even have a comparison of how Apple did this quarter compared to how Wall Street prediced Apple would do. Usually, Apple does better than analyst predictions, but this time, they did worse. What does it mean?

Just a word of explanation. To make these charts as clear as possible, we are only comparing Apple’s Q1 2013 data with their historic Q1 data. In other words, if we’re comparing how many iPhones Apple sold last quarter, we’re comparing it against how many iPhones sold in the same quarter a year ago, two years ago, etc. It’s the easiest way to show year-over-year growth at a glance.

Our Wall Street vs. Apple chart uses the average predictions of Cupertino’s Q1 2013 performance put forward by some of the most well-known analysts on the Street compared to Apple’s actual performance. For more information on these numbers, see our post on Wall Street predictions. 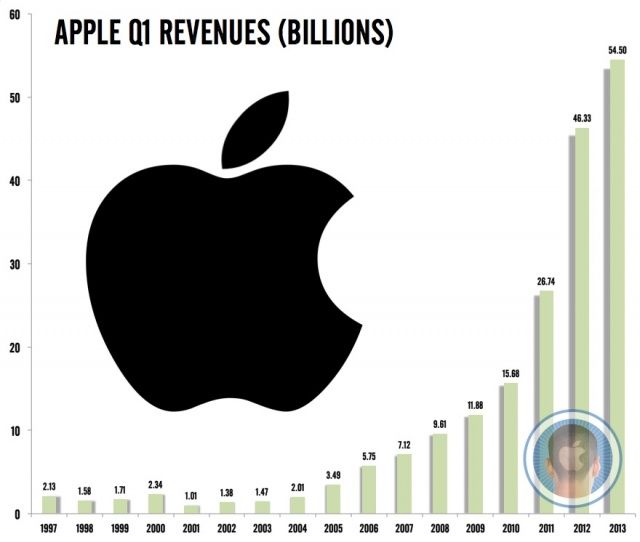 Revenues grew year over year for Apple, but… 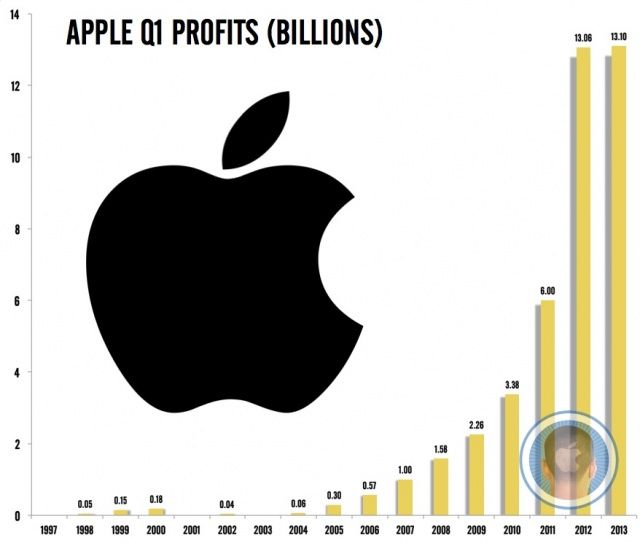 Profit’s the same. Not good. 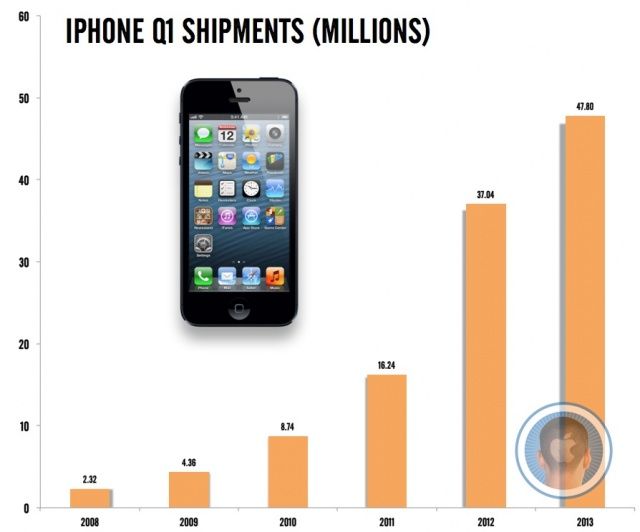 The iPhone is still the jewel in Apple’s crown. 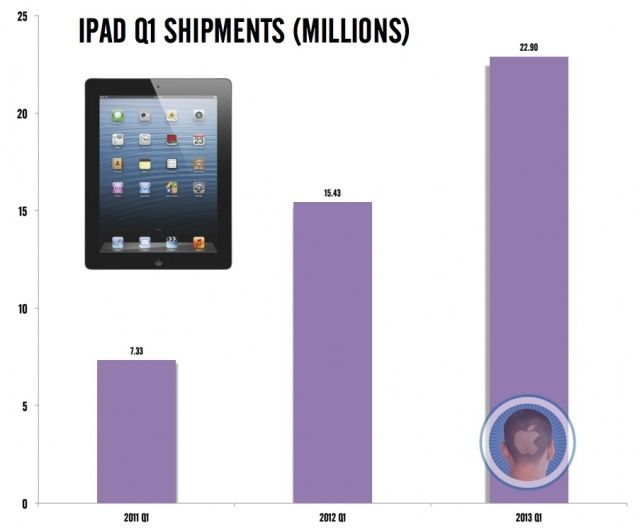 But the iPad, thanks to the introduction of the iPad mini, is catching up. 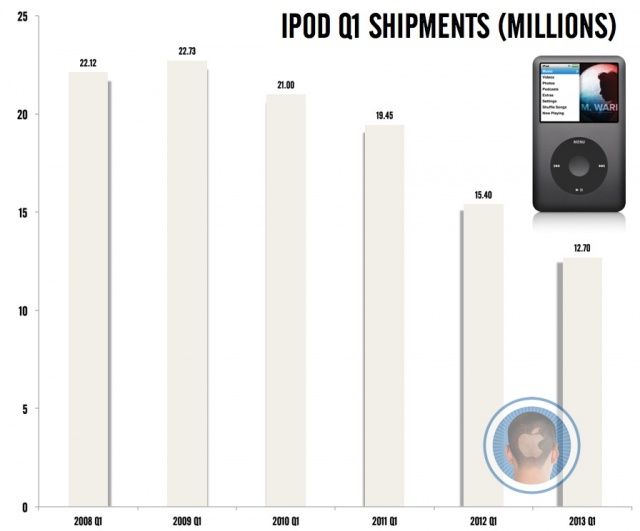 The iPod is continuing to decline as a product category for Apple. .. 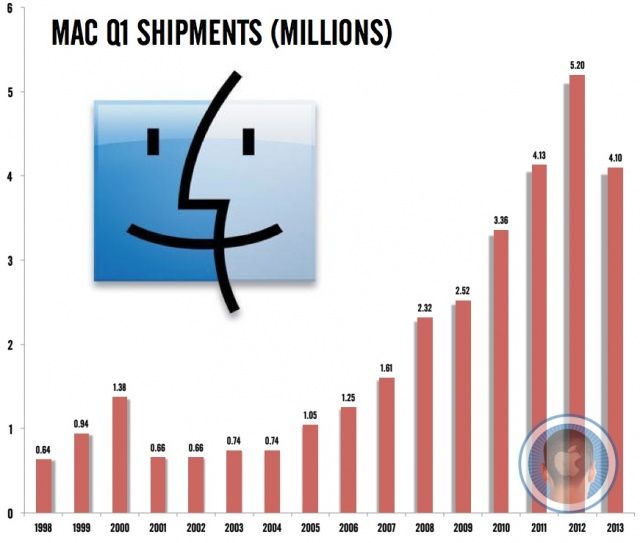 And so is the Mac… 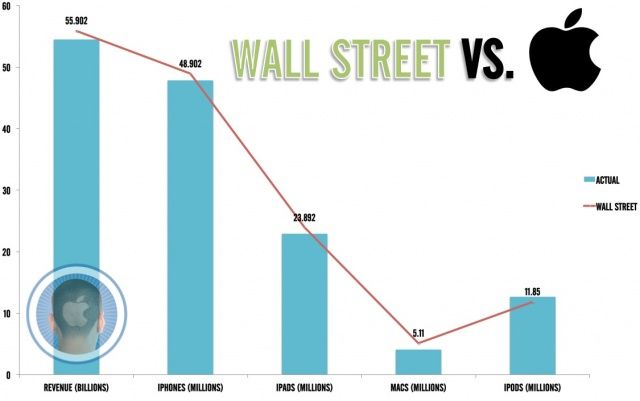 Wall Street expected much better performance from Apple this quarter.