The Speck CandyShell is a dual-layer case with a patented design that aims to give you all-around protection for your iPhone 5. It combines a soft, rubber interior with a hard outer shell that offers plenty of impact resistance for those unfortunate yet inevitable drops.

The CandyShell also provides protection for your volume keys and sleep/wake button, while providing access to your headphone jack, Lightning connector, mute switch, and camera.

It costs $34.95 and comes in a plethora of color combinations, including black and slate, white and charcoal, raspberry and black, grape and malachite, and many more.

The CandyShell is designed to be a tough case, and it’s exactly that. Its dual-layer construction will withstand even the greatest of drops and ensure your precious iPhone 5 remains unharmed.

Although it leaves the large majority of your display exposed, you should have no problems when dropping your device onto a relatively flat surface. I happened to drop mine onto a tiled bathroom floor and there was hardly a scuff to report. There is some protection for the front of your device thanks to the rubber bezel that surrounds the front edge. 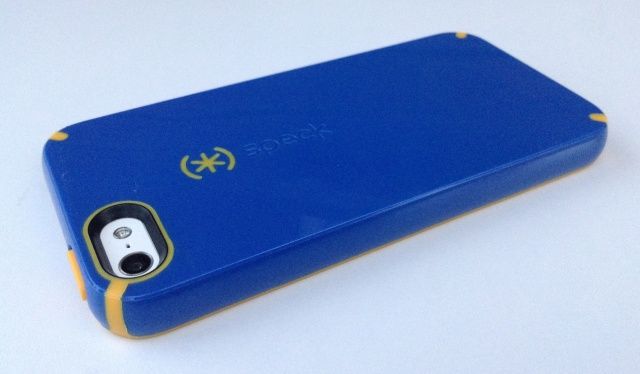 The CandyShell provides plenty of room for your iPhone’s Lightning connector, and leaves enough space for you to comfortably get your index finger to its mute switch. The rear-facing camera isn’t quite as exposed as it is with other cases — which is a good thing — but it still doesn’t reflect any camera flash.

While the CandyShell covers up the volume keys and sleep/wake button, its rubber button covers are flexible enough that they can be used with hardly any force at all. In fact, they really don’t feel any firmer than if the buttons were exposed. The CandyShell also protects your iPhone’s speaker and microphone.

What’s also great about the CandyShell is that it looks good. If you want to add a splash of color your iPhone, you can do so thanks to the large range of colors Speck offers — there’s something for everyone.

It’s always hard to pick fault with Speck cases, because they’re almost always awesome. But I did have a few minor qualms with the CandyShell.

Firstly, its shiny outer casing scratches incredibly easily. Although they’re often just minor surface scratches, I noticed lots on mine after just a few days of use. You may want to think about picking up a lighter color, as they shouldn’t show up so much.

The only other thing I didn’t like so much is that the CandyShell is a little bulky when you’re used to handling a naked iPhone 5. That’s the price you pay for a protective case, of course, but if it’s going to be an issue for you, you could check out Speck’s PixelSkin HD instead, which is a little slimmer. 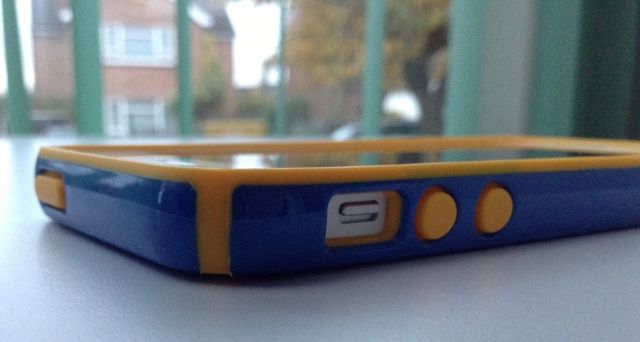 The CandyShell is another great case from Speck. Its build quality is terrific, and its dual-layer design will ensure your iPhone stays protected. Though it is a little bulky, as I said above, that’s the price you pay for a protective case. And this is one I certainly recommend.