While the purple lens flare that sometimes (rarely?) spoils your iPhone 5 photos is completely normal, it can still be somewhat frustrating — especially if you don’t notice it until you upload your photos to iPhoto, by which time it’s too late to take the shot again. But a new iPhone 5 case called the camHoodie promises to “greatly reduce” that purple lens flare and leave your photos looking flawless.

From Illinois-based Fotodiox, the camHoodie is a $24.95 case made from plastic, that uses a special lens cover to reduce the purple lens flare issue that sometimes affects photos taken on the iPhone 5. Essentially, the case just adds a rubber surround around the iPhone’s lens, which prevents so much light from entering the camera.

As you can see from the comparison shots below, the camHoodie makes a massive difference. 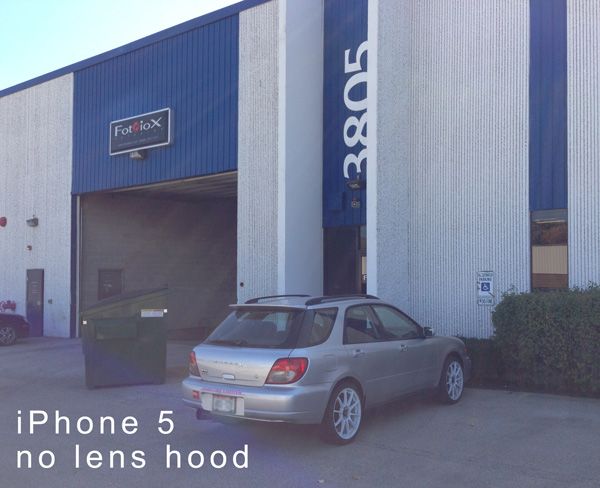 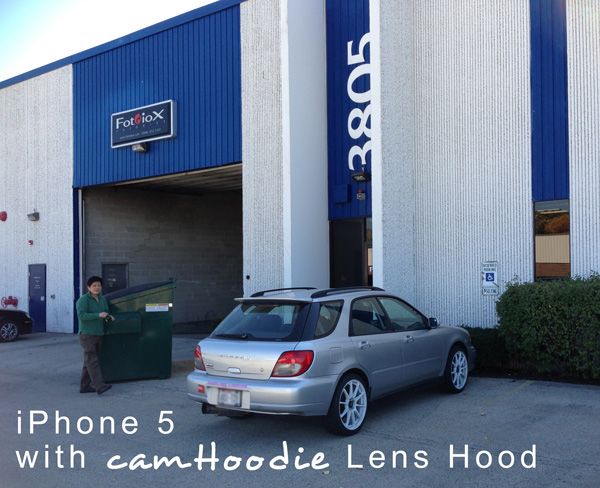 Apple recently published a support document regarding purple lens flare following complaints from iPhone 5 users. The Cupertino company insisted that “most small cameras, including those in every generation of iPhone” suffer from the problem when capturing images with “out-of-scene light sources.”

Apple recommends moving the camera slightly to change the position at which the light is entering the lens. But if you don’t want to have to worry about holding the phone in a certain position, the camHoodie may be the best solution.