If you thought you had seen your last Apple Maps parody, think again. Mad Magazine, a purveyor of satire, has joined in on the fun with its latest parody of The New Yorker featuring Apple Maps. It’s starting to look like Mapgate will remain a staple of satire much longer than the once hilarious Antennagate saga.

The original New Yorker Cover was a parody of how those in the Big Apple saw the rest of the world — which I guess is essentially what this latest parody depicts. Brilliant! 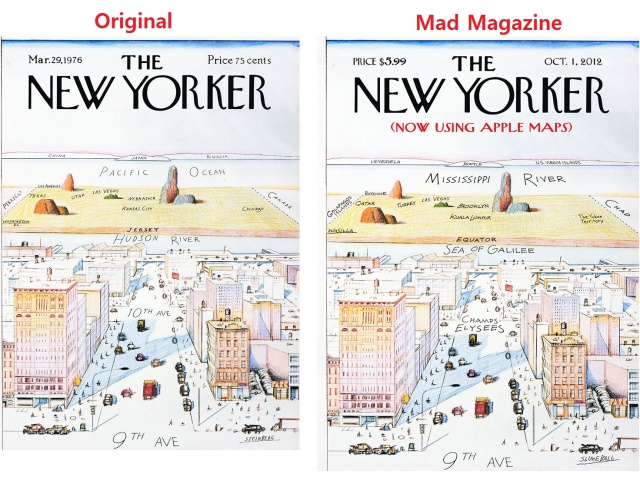