Earlier today, Gizmodo posted a pair of pictures of what are presumed to be the fruits of Microsoft’s Project Pink — long-rumored to be the so-called ZunePhone. The merits of the designs have already been debated endlessly online (most people seem to like the one above, called “True” “Pure” and are puzzled about the one below, “Turtle”). For what it’s worth, they seem perfectly fine to me and could even make a pretty big splash if they come to Verizon, have a great OS, a decent app library, and Xbox-linked games; as I’ve said before, it’s not about the product, it’s about the platform and the network. 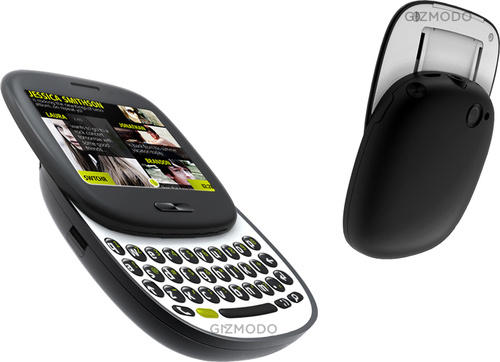 But since this is a Mac blog, I’m not going to spend a long time analyzing what Project Pink might or might not mean. I’m more interested in how this major leak, likely months before official announcement or release, shows just how difficult it is to handle the innovation thing the way Apple does: in secret, on time, and with big impact.

Consider what we knew about the iPhone prior to its release: That Apple would make a phone. Maybe. That’s it. Honestly, I wasn’t sure there actually was an iPhone until Steve announced it at MacWorld. We’d seen a million renderings from designers, none of which turned out to be even close to what Apple released. Compare that to what we knew about the Google G1: EVERYTHING. With the Pink phones, we now know virtually everything about the industrial design and the hardware, we know the OS, and we have a sense of the UI.

This doesn’t happen because Apple’s competitors are incompetent — far from it. It’s just the fact that in the media environment we have today, it’s almost impossible to keep secret anything that people want to know about. One slip-up by any of thousands of people can send your top-secret project out to the world. We don’t know the source of the Pink leak — it could literally be anyone — a Microsoftie, a Sharp employee, someone at the ODM, someone at the ad agency, someone at the PR agency, or even an embargoed journalist gone rogue. It’s incredibly hard to trace, and even harder to prevent from happening in the first place.

And this is why Apple’s ability to create, sustain, and often exceed hype is such a remarkable thing. There have been leaks at times, but nothing this big, ever. Instead, Apple manages to stoke the rumor fires just enough that we all have some notion of what it might make next — we’re all convinced that Apple’s making a tablet — but none of us have any idea of what the actual thing will be. We don’t even know which operating system such a tablet will run.

Maintaining that mystique requires incredible loyalty from your employees, extreme paranoia, and even an unwillingness to let any of your partners touch or see the final devices. It’s obviously so hard that Apple doesn’t even try to do it for incremental or non-surprising products, which could explain how all those case manufacturers leaked the nano with the video camera all those weeks ago.

It’s the stumbles of Apple’s competitors that remind me just how special Steve Jobs and team are when they’re at the top of their game. The reason the entire tech media corps went insane for the iPhone was that it was a great product and a huge surprise at once.

And in the connected age, that’s just as hard as a solid multitouch implementation.