You have to hand it to the people that file lawsuits these days; they sure can be creative. A New Yorker by the name of Frank M. Fazio has sued Apple because Siri on his iPhone 4S is, “at best, a work-in-progress.” Fazio has accused Apple of false advertising in the Siri TV commercials it airs demonstrating making calls, finding directions, sending texts, etc. with the digital assistant.

The commercials convey a “misleading and deceptive message,” according to Fazio. He thinks Siri sucks in real life. 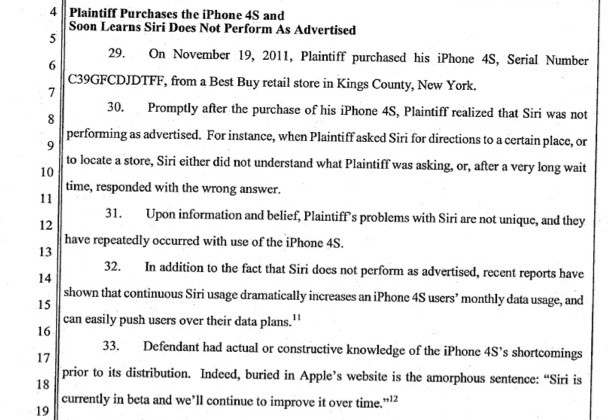 While Fazio has some points, his complaint is filled with a lot of misinformation. The reports he references saying Siri uses too much data over 3G have been proven to be bogus, and he undermines the fact that Apple calls Siri a “beta” product. We expect this lawsuit to get shot down pretty quickly. Nonetheless, it’s still amusing.

You can view the full complaint here.

[via The Wall Street Journal]