The new iPad arrives in the U.S. and ten other countries exactly one week today on March 16, and the first shipments have already started leaving the Foxconn factories in Chengdu, China. It’s unlikely, however, that they’ll arrive early.

9to5Mac’s Seth Weintraub received his shipping notification via email this morning, and his new iPad has already left the Foxconn factory. It’s now waiting to be collected by UPS, but its scheduled delivery date continues to read March 16. 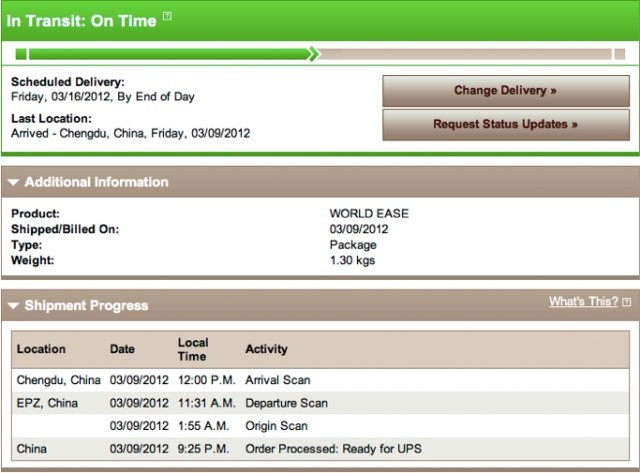 That gives UPS a whole week to deliver the first batch of iPad shipments, but you can be certain they won’t be arriving early. While Apple products have arrived one or two days before their release date in the past, it’s a very rare occurrence. The Cupertino company works with its factories and with its logistics partners to ensure this doesn’t happen.

Still, it’s exciting to see the new iPad is beginning its journey. Has yours begun shipping yet?