SAN FRANCISCO, MACWORLD / iWORLD 2012 — Those brainstorming sessions that we’d all like to eavesdrop on at Apple are managed using an iPad system.

In boardrooms on the Cupertino campus,  iPad controls from Crestron Electronics turn on the projector, lower the screen, load slides, provide video conferencing and adjust lights and window shades. Crestron Electronics, Inc. has been making home and business control and automation systems for over 40 years.

A first-time MacWorld/ iWorld attendee, they brought four iPhone and iPad apps – Crestron Mobile and Crestron Mobile Pro – that are currently in thousands of homes acround the world. The iPad version is also responsible for lighting and climate control at the White House. 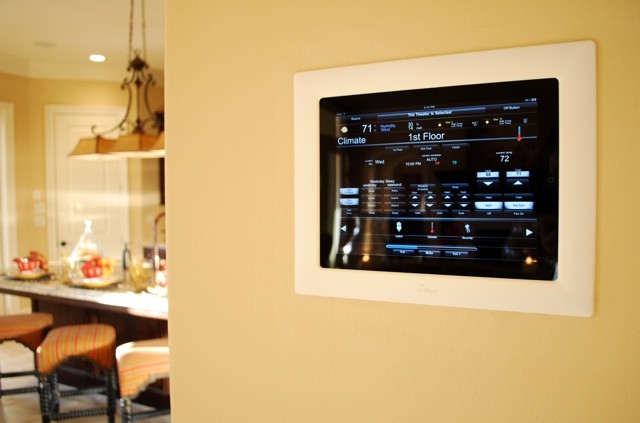 The pro version of the app costs $99 and can the control lights, media (including Apple TV), climate, security of your home or office from your iPhone, iPad or Android device. Nick who demoed it for us says that the paid version also acts as a video surveillance device. The free version manages lights, climate, security and drapes but with limited functionalities.

If you’re looking to add some smart controls to your house, the total cost to set up the system can run anywhere from $3,000 – $30,000, depending on what features you need. In terms of obsolescence, they say that their systems have a typical life span of about 10 years.