SAN FRANCISCO, MACWORLD/IWORLD 2012 — There seems to be more beautiful models here at Macworld than ever. Models are a great asset for companies. Especially the newer companies. I spoke to a few girls this afternoon to get some insight into their job.

This is what they told me… 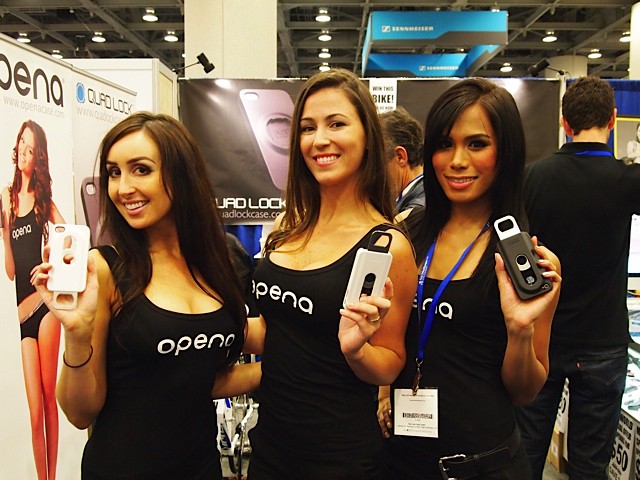 The models who work the booths at trade shows — commonly referred as Booth Babes — are sometimes criticized for being all body and no brains. They’re seen as a throwback to an earlier, sexist era. The use of models has always been popular in industries like the automotive industry, but is growing in tech. There were so many booth babes at CES in January, the BBC did a story about it.

First off, they don’t like being called Booth Babes.

“I’m really offended by Booth Babe,” said one model. “I find it degrading.”

They are models and screeners who weed out the crowd. They screen passersby and tell them basic info about the products. They only get an hour of training prior to the show. If the person is interested in finding out more, they are directed to a salesperson. 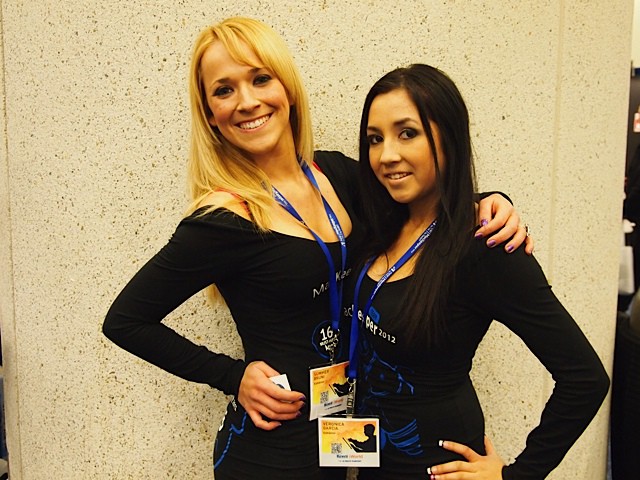 The models are hired because they are crowd generators. A lot of company reps are too shy to work the crowd, especially in technology. They do the work of bringing prospects into the booth to talk about the products. 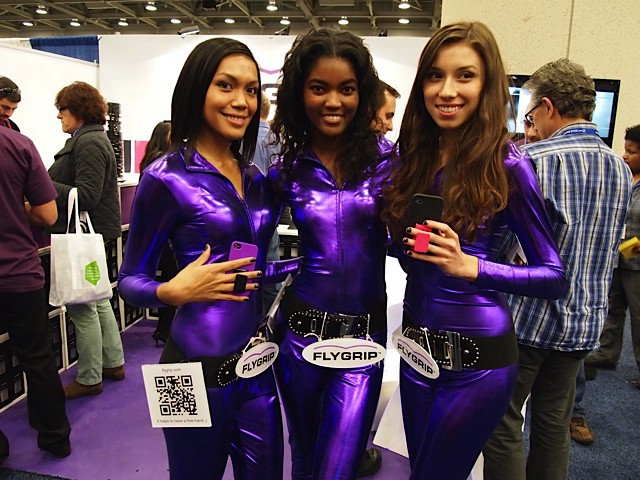 The Models are hired from modeling agencies like the Cre8 Model Agency in San Francisco. There are only a few of them that circulate and many know each other. I asked them if they get along with each other. They told me that conventions are different than regular modeling jobs. Because they have to socialize for so many hours a day there is a great camaraderie amongst them. It’s just not worth it to be catty to each other.

They are paid according to height. Taller models make more money than shorter models. Most make between $30 and $50 an hour. Companies screen the models by Skype to make sure they are well spoken and look like their portfolio pictures. Some of the modeling pictures can be heavily photoshopped.

Many work the shows to supplement their income. Some are college graduates who use conventions to figure out what’s going on in fields like tech or medical. 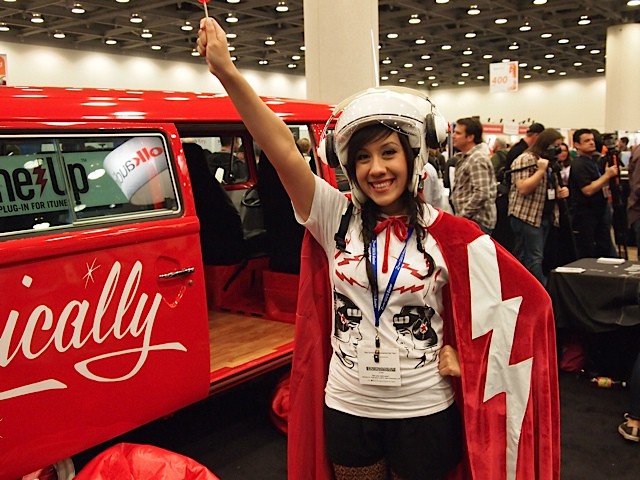 Models often don’t know what they will be asked to wear at the show. They find out when they turn up at the convention. Some companies want the girls to wear skimpy outfits; others want them dressed in business suits. The more experienced models know to ask beforehand. The dresses are usually available only in two sizes — small and medium. Taller models sometimes have to squeeze into outfits too small for them. It can be a nightmare.

One company rep said hiring very attractive girls can sometimes backfire. Customers just gawk at the models and pay no attention to the products.

But the models are a good tactic for smaller, unknown companies, the rep said. Unknown companies with obscure products are often ignored. Having the models brings customers to the booth, even if they only want to leer at them.

“Any attention is better than no attention at all,” he said. 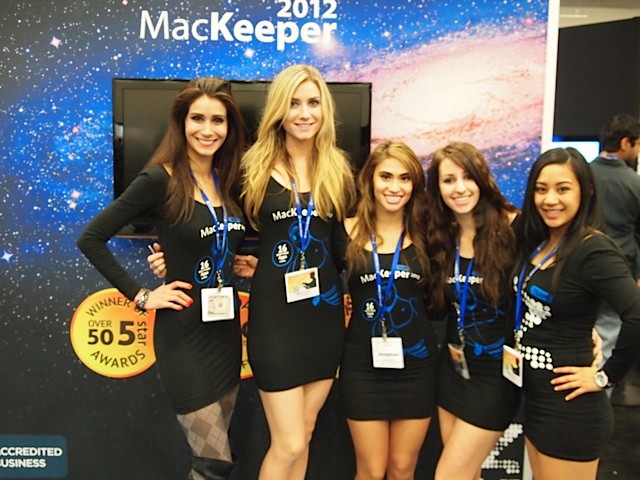 One model, who asked not to be named, said she does about 30 conventions a year. This is her fifth year at Macworld. She owns a lot of Apple products, including an iPhone and iPod. She likes to work for the same companies, but since Apple has quit the show, a lot of them haven’t come back.

Since she’s been doing it a long time, she has the luxury of picking the companies she works for. “Ninety nine percent of the time, the products are awesome,” she said. The models maintain integrity for the companies and the companies take good care of them.

She gets a lot of attention from men. Posing for pictures can be exhausting. Especially after an eight hour shift. “We get hit on all the time,” the model said. “Either they are too embarrassed to look at us, or they’re hitting on us relentlessly.”