Could this 7,500 square foot mansion at 36 Morningside Place in Memphis be Steve Jobs’s new mansion?

Jobs has reportedly bought a large residence in Memphis after receiving a liver transplant in March at one of the city’s hospitals.

Forbes reports that Jobs may have bought a mansion in Memphis close to The Methodist University Hospital Transplant Institute, a liver transplant center.

According to Haislip, Jobs bought the property through a mysterious LLC, which is associated with a local law firm. But Haislip doesn’t mention the name of the LLC, the identity of the law firm or the address of the mansion. Others, however, have identified the holding company as LCHG LLC, and the law firm as Burch,Porter & Johnson.

If Jobs did indeed buy a mansion through the LCHG LLC using Burch, Porter & Johnson, then the property he bought is very likely the magnificent pile at 36 Morningside Place, according to various public records and real estate websites.

And if so, it looks like he got the place at a substantial discount. Whoever bought the place paid only $850,000 for a property valued at $1.3 million, according to records. Plus, it was recently fixed up with taxpayer dollars!

* The 5 bedroom, 6 bath mansion is owned by LCHG LLC, according to the Shelby County Assessor of Property, the local property tax authority. Its appraised vale is $1.328 million.

* The lawyer associated with LCHG LLC on the tax records is Joshua B. Lawhead, a commercial real estate specialist with the Burch, Porter & Johnson law firm.

* It looks like LCHG LLC was chartered in mid-March, according to public records.

* The mansion was recently sold for $850,000, according to the real estate site Zillow, which has these aerial views of the property. Note the large pool in the back. 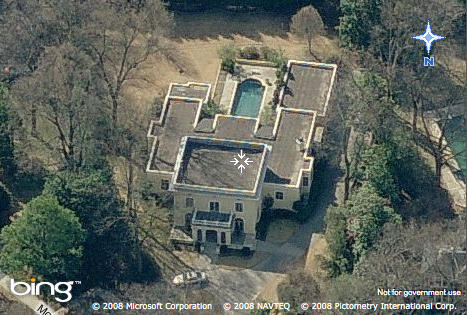 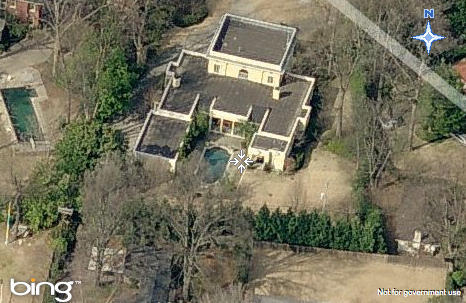 * The property underwent $28,000 in improvements in recent years, paid for with taxpayer dollars, according to this article. The previous tenant, a chancellor at the University of Tennessee, fixed the place up with tax money, which he later reimbursed, the report says.

* Here’s the house in Google Maps, which has Street View photographs of the whole culdesac.

The missing piece in the puzzle is the link between Jobs and the mysterious LCHG LLC.So far, there’s no link between the two.

Also, why would Jobs buy a mansion? It kinda makes no sense. If Jobs had a liver transplant and it was successful, why would he need to stick around Memphis? Isn’t he supposed to be returning to work at Apple later this month? Why not just fly his personal Gulfstream into town when he needs to see his doctors? Buying a house is a long term commitment to the city. Is there something else, like one of his children studying at a local university? Is he planning to retire there, away from the snoops in Silicon Valley?

On the other hand, Jobs has been known to buy properties and never move in. In 1982, Jobs bought an apartment in the San Remo apartment building in New York. He hired I.M. Pei to help renovate the huge apartment but never took residence. He sold it 20 years later to U2’s frontman Bono.

In 1984, he bought the Jackling mansion in Woodside, which he lived in for about a decade but has been empty for the last ten years. He was recently granted permission to tear it down and build a smaller, greener house in its place. Jobs currently lives in Palo Alto.