This steampunked iPod is the handiwork of Neal Bridgens , a Toronto-based retoucher and illustrator, who noticed that a piece of copper tubing on his workbench fit perfectly around the rounded edges of an iPod.

From there, Bridgens told CoM that he spent “many, many hours” in this labor of love over the last year building the case from materials he had on hand.


He told CoM how retouched his iPod to turn it steampunk:

“The whole thing is created from scratch, just base copper and brass
stock (rod, sheet and wire), with the exception of the two copper
edges that started it all, they are just household copper pipe. It’s
all hand cut and filed to shape, plus some smithing. You can see the
back plate is planished to give it that texture. 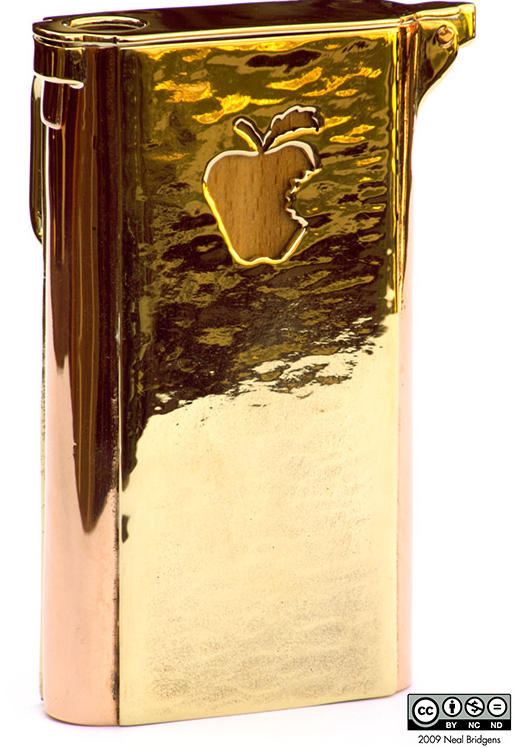 The oak front and back are sheets I cut from a four by four my father
gave me at some point. Learning to slice it that thinly with a table saw
was a challenge all the completed pieces had to be rescued out of
the dust collector. 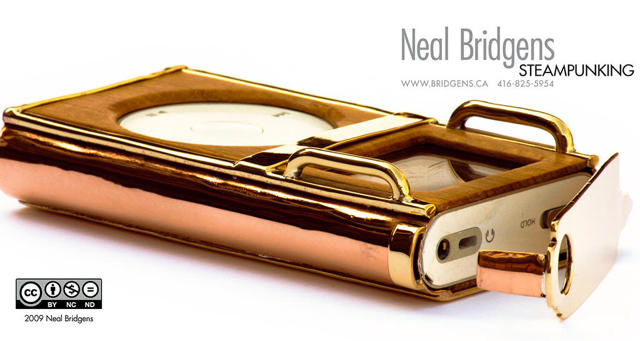 It’s my first hinge and clasp, I was pleased that they both worked out
so well. Originally I planned a more complex latch, but what I’ve gone
with works very well. It was getting hard to solder any more on to it
at the end as it’s mass had gotten quite high (and therefore was a
larger heat-sink), the last few solders actually took two torches
going at once. 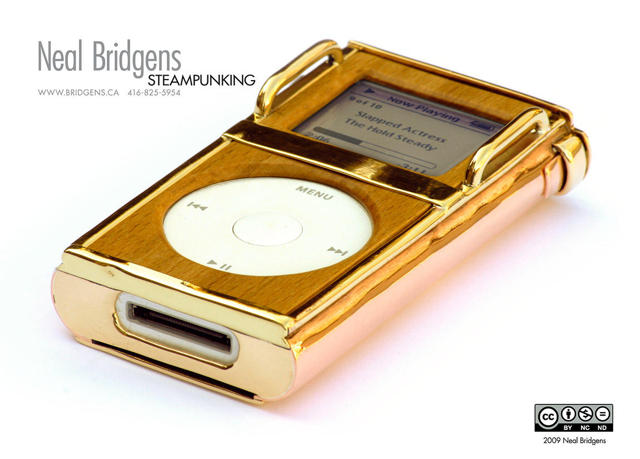 The iPod itself is a stalwart 4gig that has had a hard life, but keeps
on ticking. Its on it’s fourth battery, been kicked and dropped and
even been 14 feet underwater for a while still works as well as the
day I bought it. The iPod slides out the top with a bit of effort, so
it can be replaced if it ever finally gives up.”