There’s nothing quite like the bliss of simply plugging a gadget into a slot and being rewarded with superb performance; and if the gadget happens to exude raw sex appeal, even better. Sounds familiar, right? Because that pretty much describes Apple’s entire lineup. It’s also a perfect description for the dynamic Samson Meteor Mic ($99).

This little firecracker is a podcaster’s delight. Its beefy, forward-facing, 25 mm condenser mic captures rich, full, deep sound, and it also did a good job of keeping p-pops — the annoying “pops” microphones pick up when your lips make the “p” sound — to a minimum, even with the mic pretty close to my lips.

It’s super easy to use: I just plugged the USB/mini USB cable into my MBP and Skype, for instance, instantly and automatically recognized and switched to the Meteor for input.

It’s ergonomically perfect. It’s so compact, it could probably be easily carried around in a purse. I was also surprised at how easy it doubles as a hand-held mic — it fit perfectly in the palm of my hand. Three concave, rubber-tipped legs flip out to give the Meteor a highly flexible tripod, capable of orienting the mic in a variety of positions — I’ve even used the mic resting on my chest, while Skyping in my back. Flip them back onto the Meteor’s body for transport or to attach the mic to a stand using the threaded mount on its base.

It’s gorgeous — the fact that it pulls off the trick of evoking art deco qualities without seeming to try very hard earns its designers hearty applause.

Frills are few, but there’s a rubberized mute button, a standard (1/8th-inch) headphone jack in the back to monitor recordings and a gain dial to adjust the volume through the headphones while you’re monitoring. There’s also a multicolored LED status indicator.

Thank you, Samson: Complementing the go-and-sit-anywhere of the mic itself, the included USB cable is a whopping 6.5 feet long, making it easy to position the Meteor anywhere you want it. Rounding out the accessories is a nice velour bag for toting the mic and cable around in.

As a big, juicy bonus — or a primary consideration for some — the Meteor Mic plugs right in to the iPad with Apple’s iPad Camera Connection Kit (though we didn’t test this, and haven’t tested any other USB microphones with the iPad, so don’t know if Samson’s claim that this is the only iPad-compatible microphone on the market is true).

At $99, a lack of more advanced features — like an XLR jack, or multiple, multidirectional capsules like Blue Microphones’ Yeti — prohibits this mic from settling in prime bang-for-buck territory.

Both the mute button and the gain dial feel noticeably cheaper than the rest of the package; the button is also more difficult to press than it should be (and makes a loud click — not an ideal effect that close to a microphone capsule).

A powerful, charismatic and fun microphone buddy that’s ready to play whenever you are. 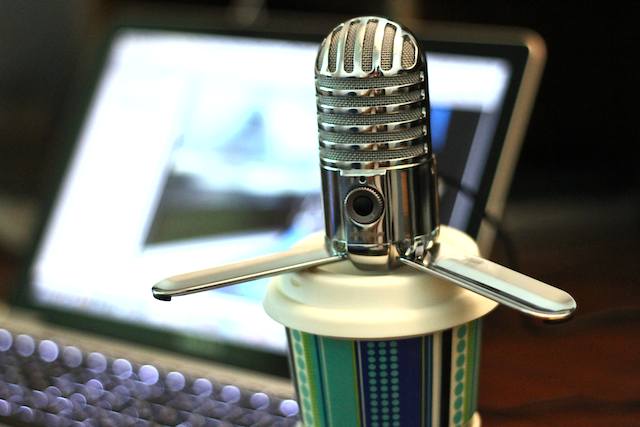 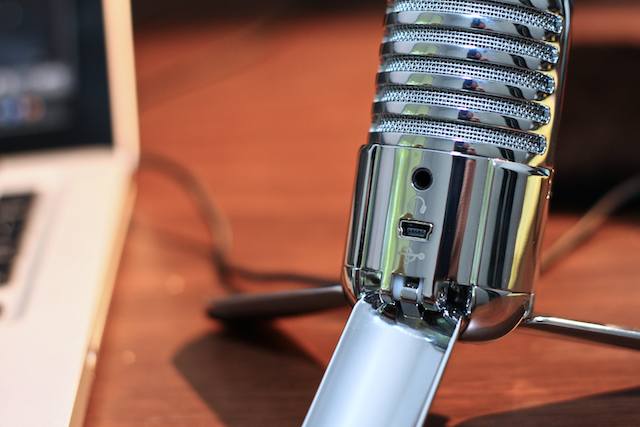 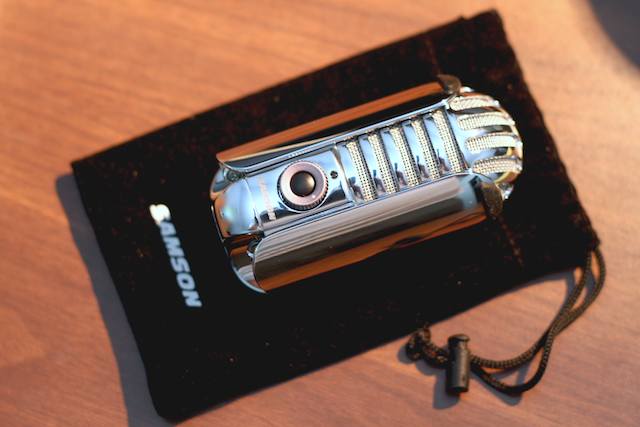