No wonder Steve Jobs is smiling.

He just struck a deal with the record labels to finally monetize pirated music —  a move that “resets the whole music industry,” according to one music-tech CEO. 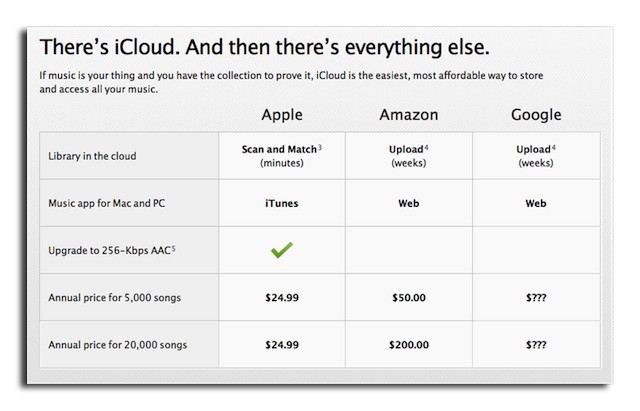 The new scan-and-match feature in iTunes — called iTunes Match — will put a copy of most songs in users’ libraries in the cloud, where they will be available for streaming to any device for $25 a year.

It doesn’t matter where those songs came from — whether they were purchased on iTunes, ripped from a CD or downloaded from a file-sharing network.

“This puts together a model that allows people to make money off of pirated music,” Jeff Price, founder and CEO of independent music distributor TuneCore told Mashable.

The service will likely be launched on Monday — and from then on, most of the music in user’s iTunes libraries will be synced automatically with the 18 million tracks Apple has on file.

The annual subscription fee is a clever way to get people to finally pay for pirated music, albeit a fraction of what that music may have originally cost. Jobs didn’t detail the split, but Apple reportedly keeps 30% and gives the the labels ~60% and publishers ~10%.

“Napster trained people to download music and listen to it on their computers,” he says. “This new service will help people become more comfortable with the idea of streaming their music. And that’s what resets the whole music industry. Reeducating the consumers on how to listen to music.”
Jobs said the chances are “awfully good” that songs will find a match on Apple’s servers. Songs will be available as high-quality 256Kbps AAC audio files. The majority of music libraries aren’t uploaded, as they are to Google’s and Amazon’s services, which means the matching process takes minutes, Jobs said.