OmmWriter, the curious word processor that we first mentioned here back in November 2009, has just been updated with a new version, OmmWriter Dana.

OmmWriter is different from other writing apps. It sees writing as a completely immersive activity, and tries to provide the writer with an environment worth getting immersed in. Not just full screen text, but also attractive background images, and soothing ambient sounds.

You either love it or you hate it. Some Cult readers loved it so much they voted it as one of the best new applications of last year. 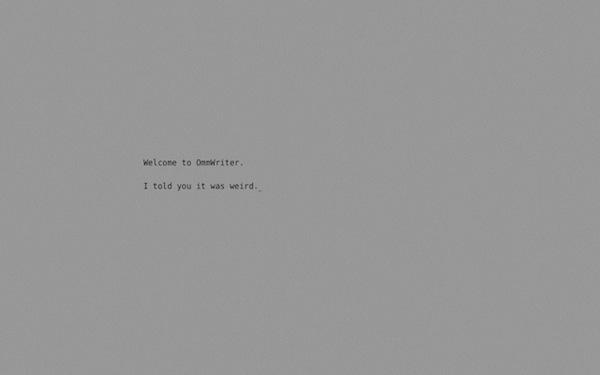 The list of new features is short, and deliberately so. The makers of OmmWriter have kept its core functions just as they were, but with a few added refinements.

OmmWriter Dana has more varied fonts (including a monospaced option), and a handful of new soundscapes and keyboard sound effects. You can now get to the Menu Bar by moving your pointer to the top of the screen, and create a new OmmWriter document just by hitting Command+N. Little things, but useful ones. It also copes better with multiple monitors, blanking out the one you’re not using so you don’t get distracted by it.

Dana is available in two flavors: Dana I, and Dana II.

Dana I is free, and comes with three soundscapes and three backgrounds. Dana II comes with more: seven soundscapes, and eight backgrounds (or what the makers of the app call “visual experiences”, because some of them are more than just static pictures).

According to the OmmWriter team: “Monetary gifts ending with a 1 are considered auspicious in certain cultures. As a result we would love for the the final figure you pay to end with a ‘1’.”

If you’ve not tried OmmWriter before, I suggest you grab the free Dana I version first. As I said, you’ll either love it or hate it – and if you love it and want more, you can decide what number-ending-in-1 to pay for Dana II. Happy immersive writing.

(Oh, and yes: there are plans for an iPad version.)