Apple is reportedly working on a curved iPhone that would allow users to control it by hovering their hands over the screen.

Unlike the edges seen on Samsung’s curved handsets, or the subtle curves seen on the iPhone X, Apple’s new design supposedly curves “inward gradually from top to bottom.” To help us imagine what that might look like, ever-dependable designer Martin Hajek has created a few mockups.

Check out more below.

The device looks similar to the the Nokia 8110 “banana phone” immortalized in The Matrix. The 8110 was actually brought back to life as a retro handset earlier this year, building on the previous success of the revisited Nokia 3310.

The design also features a thinner form factor than the current generation iPhone. Such a thing could be possible due to the MicroLED displays that Apple is reportedly working on at present. 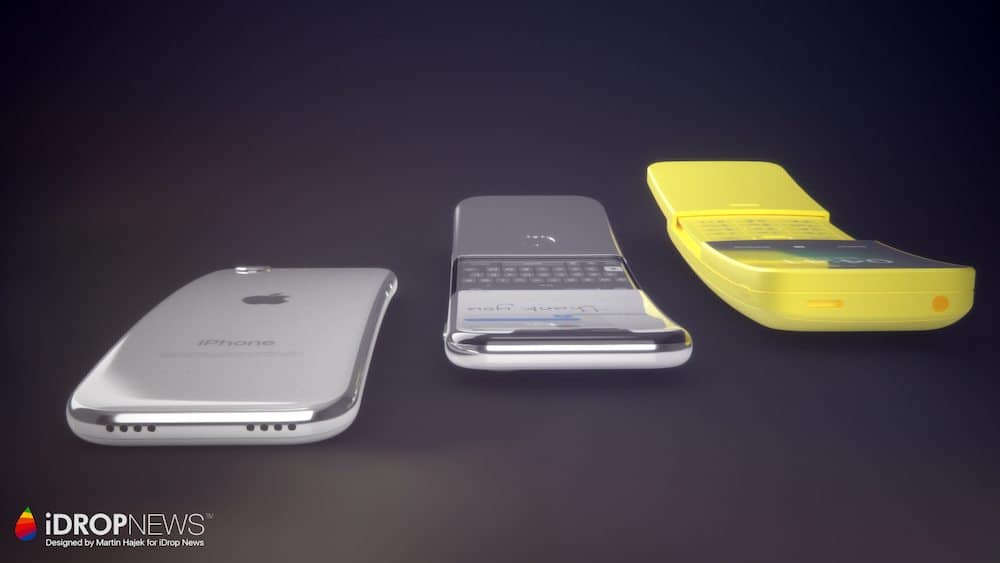 Ultimately, we won’t know what a curved iPhone would look like for at least a couple of years — if Apple even decides to go forward with the approach. I’m not mad keen on this particular design, although it would certainly be something a bit different from Apple — and would make the iPhone X redesign look slight by comparison.

What do you think of Hajek’s designs, which were created for the website iDropNews? Let us know your thoughts in the comments below.