Games is already one of the most popular categories in the Apple TV’s new App Store. Just two months after the set-top box’s release, the Games category is easily where you’ll find the most variety of apps so far.

Many are free while others are relatively expensive. But price isn’t necessarily an indicator of quality: These Apple TV games truly stand out for their innovative gameplay and sheer entertainment value. Take a look at Cult of Mac’s top picks.

One quick note: Finding apps in the Apple TV App Store is complicated and linking to them, as of now, is impossible. For your convenience, we’ve included the corresponding iTunes link for each app that’s also available on iOS. However, downloading apps on Apple TV requires that you manually search for them or check the Purchased tab for your compatible iOS apps. 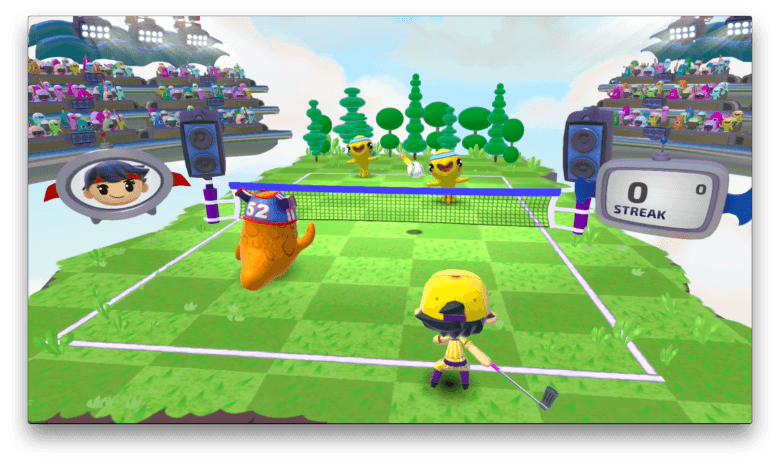 Beat Sports is one of the only games available in the Apple TV App Store that feels like a true video game. It’s no wonder Apple showed off the gameplay at the Apple TV announcement. For $9.99, something about it harkens back to the days of the Nintendo 64, except with better graphics. The game combines sports and music. It features four different sports games, plenty of levels and either single or multiplayer mode. In each round, you have to participate while following along to the beat. In Net Ball, swing the bat on the downbeat. It’s the most fun I’ve had playing a game in a while on any platform and Beat Sports is well worth the 10 bucks. 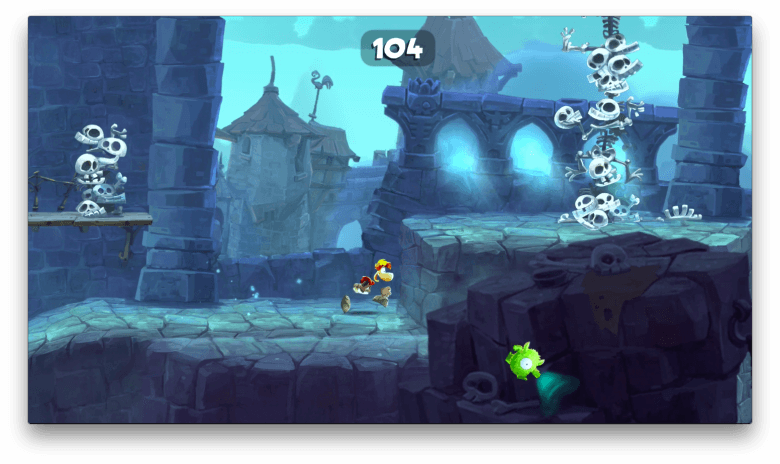 Rayman Adventures features some of the best graphics I’ve seen on the Apple TV yet — and to think it’s a free game. The hero is of course Rayman with his partner Barbara and they’re on a mission to find the ancient eggs that went missing from the sacred tree. The eggs hold cute little creatures and you’ll have to explore the worlds to find them, harness their power during your adventures and take care of them. The beautiful graphics and adventurous gameplay almost have me scratching my head as to how this game is free. 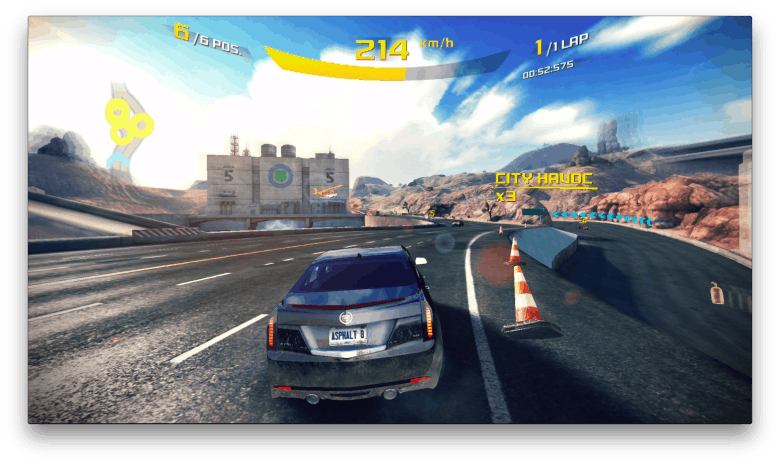 It’s pretty impressive that Asphalt 8 is free. Yeah, it’s basically a ported version of the game available on iOS, but that doesn’t make it bad by any means. In fact, it’ll even import your iCloud data to the Apple TV so you can pick up where you left off with your already unlocked vehicles and levels. Asphalt‘s controls are similar to what you might expect from a Nintendo Wii. You have to tilt the Siri Remote sideways and steer left and right. It doesn’t take long to get the hang of and once you do, Asphalt 8 is smooth sailing. Race to beat your own record, compete against other players and earn power-ups and rewards. 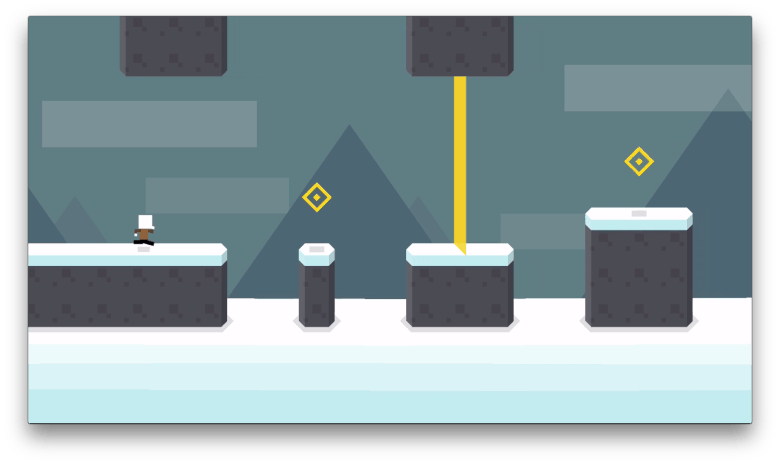 Mr Jump is another port from iOS but no shame whatsoever. Tossing Flappy Bird aside for a moment, Mr Jump is one of the most addictive games I’ve ever played on my iPhone. And now I’m addicted on Apple TV. I’m a sucker for games with simple game play that just entice you to keep beating your own records. In this retro arcade title, all you have to do to get through all the levels is jump over obstacles. That’s it. For some reason, it’s so difficult, but you’ll always get so close to beating your record that you’ll want to play one more time. Mr Jump dangerous, it’ll ruin your life and you should probably just download it anyway. 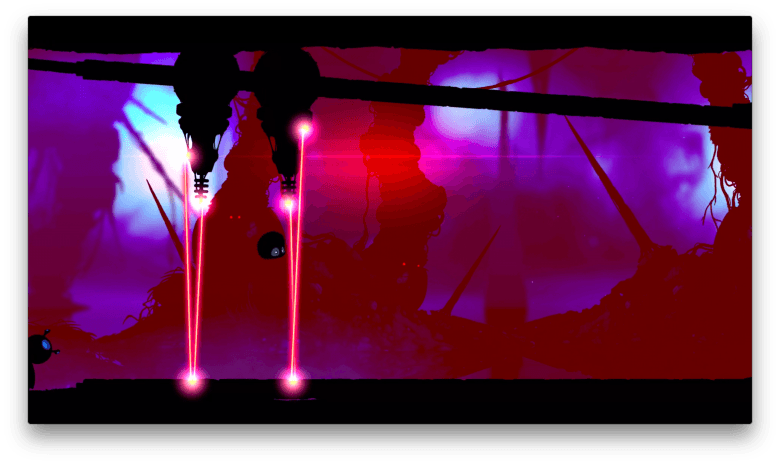 Badland is a very unique side-scroller that you might recognize from iOS, but please allow me this final port.  There isn’t much of a storyline here other than your need to quickly navigate through dark, beautiful forests to get to the end of the level without getting crushed. You’ll find power-ups along the way to help you out. The creatures in this game are odd as are all of the traps and obstacles that can inhibit you from getting through every level, but you’ll be playing this game for weeks if not months. Plus, a single $4.99 purchase unlocks the game for Apple TV, iPhone and iPad. 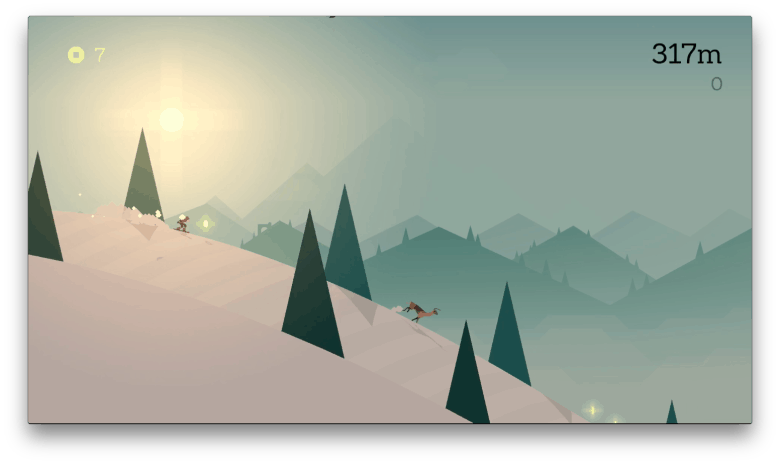 Alto’s Adventure is another terrific side-scroller. Your character is Alto, who lives in a quiet winter village. When his llamas escape, he has to snowboard down the mountain to catch them all while avoiding obstacles by jumping over them or smashing through them. The gameplay feels reminiscent of Jetpack Joyride, yet the visuals are comparable to the charming Monument Valley. Through day and night, Alto’s Adventure is always an enjoyable one. 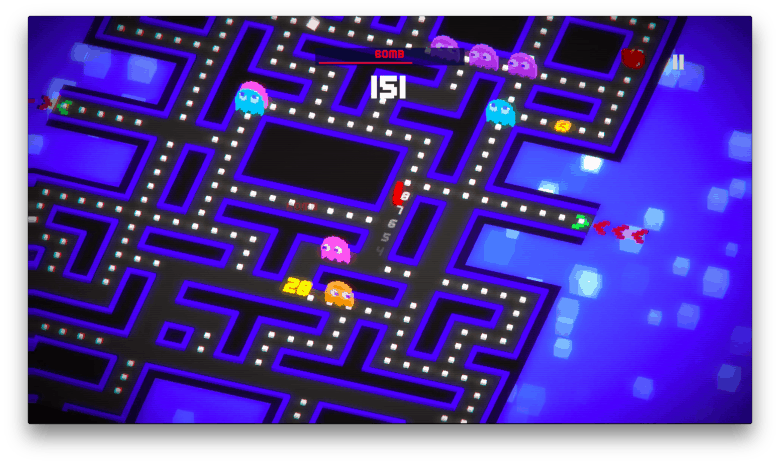 Pac-Man 256 is the revival of the arcade classic everybody knows and loves. Coming to you from the makers of Crossy Road, this reinvention features several power-ups to beat the ghosts plus a special surprise for gathering up 256 dots in a row. You’ll also have to outrun the famous glitch, which is actually a villain of sorts in this game. But if you’d rather play in classic mode for the nostalgia, Pac-Man 256 gloriously offers that as well as other themes for 99 cents in-app purchases.