Some customers who have ordered Apple’s gorgeous new 12-inch Retina MacBook are in for an unpleasant surprise. After prizing the pristine white lid off the device’s box, they’re discovering that their new notebook is already damaged.

The complaint was noted by Apple accessory maker tizi, whose newly arrived MacBook came with two large dents on its underside. And the company thinks it’s discovered the cause. 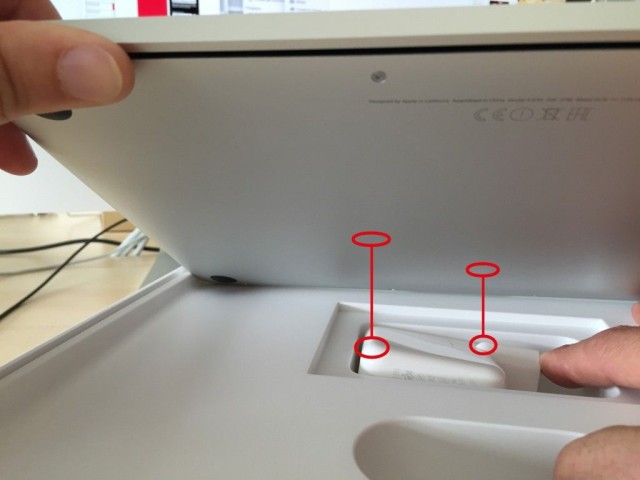 “Our tizi engineers discovered that the European power supply must have been jostled during transport, causing the rear edge of the power adapter and the front end of the plug to push up into the underside of the MacBook,” the company notes in a blog post.

The power adapter is definitely responsible, since it lines up perfectly with the dents, while the instruction booklet included with the MacBook bears the same marking.

As tizi explains, this is unlikely to be an issue in the United States, since the U.S. power adapter features prongs that fold up into the power brick — which could explain why the flaw wasn’t spotted by the usually meticulous engineers and quality-control experts in Cupertino. 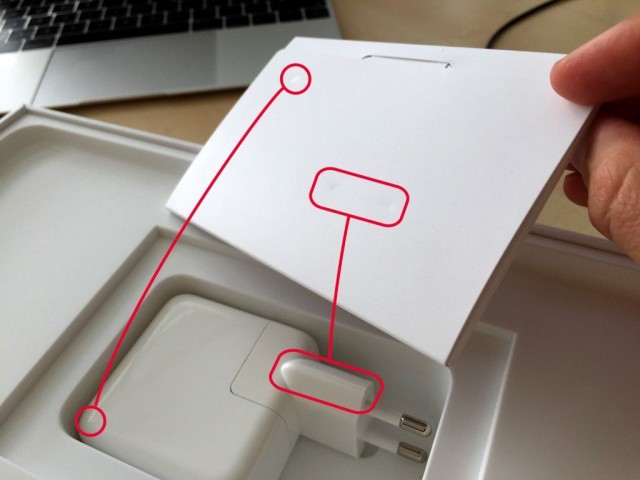 This isn’t the first time some customers have complained about dents in the shells of their new Apple notebooks, and given that I’ve only seen one instance of this complaint for the Retina MacBook, it’s fair to say this probably isn’t a widespread, never-seen-before flaw demanding immediate attention.

In tizi’s blog post, the company notes that Apple immediately offered to replace the MacBook upon being made aware of the situation. If you live in Europe and bought one of the svelte new notebooks, it’s probably worth checking the underside for dents once you receive it, just to be on the safe side.

Have you received your new MacBook and, if so, did you notice any superficial damage? Leave your comments below.