Like glitter itself, the story on shipyourenemiesglitter.com just won’t go away.

But eventually it will and that could mean trouble for the undisclosed buyer of the website that promises to mail glitter bombs to enemies, according to a London-based broker who specializes in online businesses.

In a post published today by FE International headlined How to Waste $85k Buying Glitter, Thomas Smale predicts the buyer won’t make his money back. If Smale is wrong, he will willing pour a bucket of glitter over himself.

“As someone who has been making a living in the world of buying and selling websites since 2010, I can’t help but feeling the buyer has got a bad deal,” Smale wrote. “With all the excitement around the auction itself and numerous supportive messages posted publicly by non-bidders, it was all too easy for the media and other onlookers to forget that this is not a game and real money was at stake.” 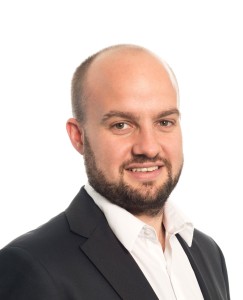 The Australia-based shipyourenemiesglitter.com went viral when it launched on Jan 12, getting $20,000 worth of orders in just the first few hours. For about $8 through PayPal, a prankster can have an envelop full of glitter sent by mail with the idea that as the person pulls out what seems like a piece of mail, a shower of glitter would rain upon them.

The site’s 22-year-old entrepreneur, Mathew Carpenter, quickly became overwhelmed by the response, disarmed the site’s order function and within a few days, listed the site for sale on flippa.com with a reserve bid of $60,000.

Bidding closed eight days ago and Carpenter walked away with $85,000.

Smale was curious about the company and when it came up on Flippa.com, he raised some questions he says were deleted from the site next day. Attempts to reach a spokesperson with Flippa were not successful.

Smale opines about a failure of “due diligence” before placing bids and raises questions about the eventual drop-off of interest, legal liability and the potential for pissing off a litigious target, that it will take more than 6 million orders to break even and copycat services that have already emerged to offer the same prank for less money.

He also gently chides the many reporters, this one included, who excitedly wrote about such an audacious service without raising these kinds of questions. He lists them along with links to their stories.

“It’s a website that will not continue in popularity,” Smale wrote. “Who remembers Bebo? Yeah, me neither. Want to share this article on Myspace? You get the point.”