The newest beta version of iOS 8 has been seeded to developers by Apple this morning, two weeks after the release of iOS 8 beta 3.

iOS 8 beta 4 can be downloaded via an over the air update. Developers can pick also it up from the iOS Dev Center or from the direct download links posted below. We’re still downloading the update on our devices and will let you know what we new goodies we find. In the meantime, get to downloading: 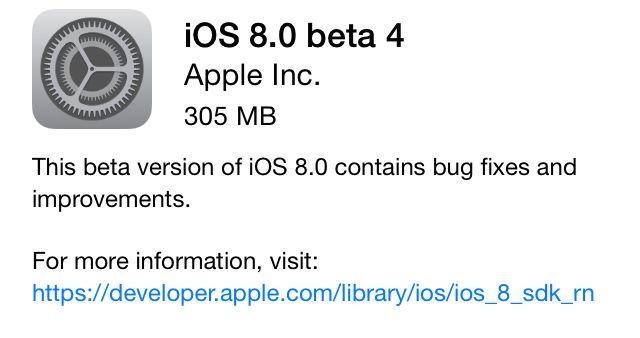 Number of comments on this postLeave a comment
Posted in: News Tagged: developer, iOS 8, iOS 8 beta