Abandoned amusement park gives photog a wild ride | Cult of Mac
Cult of Mac Mobile menu toggle
Mobile menu toggle
FULLSCREEN
The playground which grew into Dadipark was built in part to revive tourism in the wake World War II.
Play at Dadipark was segregated when operated by the clergy, with boys taking morning hours and girls the afternoons.
Van De Sande’s grandfather was a nature photographer.
Van De Sande’s uncle lived in Dadizele but family visits never included a trip to Dadipark.
Another stop during his urban explorations was the abandoned village of Doel, slated for demolition for Antwerp’s harbor expansion.
Dadipark photos were originally edited with Apple Aperture but Van De Sande has recently switched to Lightroom.
The greatest challenge to minimizing the fisheye effect was leveling the photographs correctly.
Efteling in the Netherlands opened its Fairy Tale Forest more than three years before Disneyland came on line.
A NauticJet can include an 18 foot drop and reach speeds of up to almost 25 mph.
According to the IAAPA’s 2011 report the odds of serious injury occurring on a ride at permanent American amusement parks is 1 in 24 million.
Less than 5% of victims of American amusement park accidents required extended hospitalization in 2010.
In 2012 Disney’s Magic Kingdom resort welcomed more than 17 million visitors, the highest attendance in the global industry.
Ward Vergote, mayor of Dadizele, initiated an action committee to save Dadipark in 2005.
During Dadipark’s lifetime the town’s classification as a tourist zone exempted businesses from restrictions on open hours and weekend operations. Dadizele recently had this classification extended, in spite of having lost a major attraction. 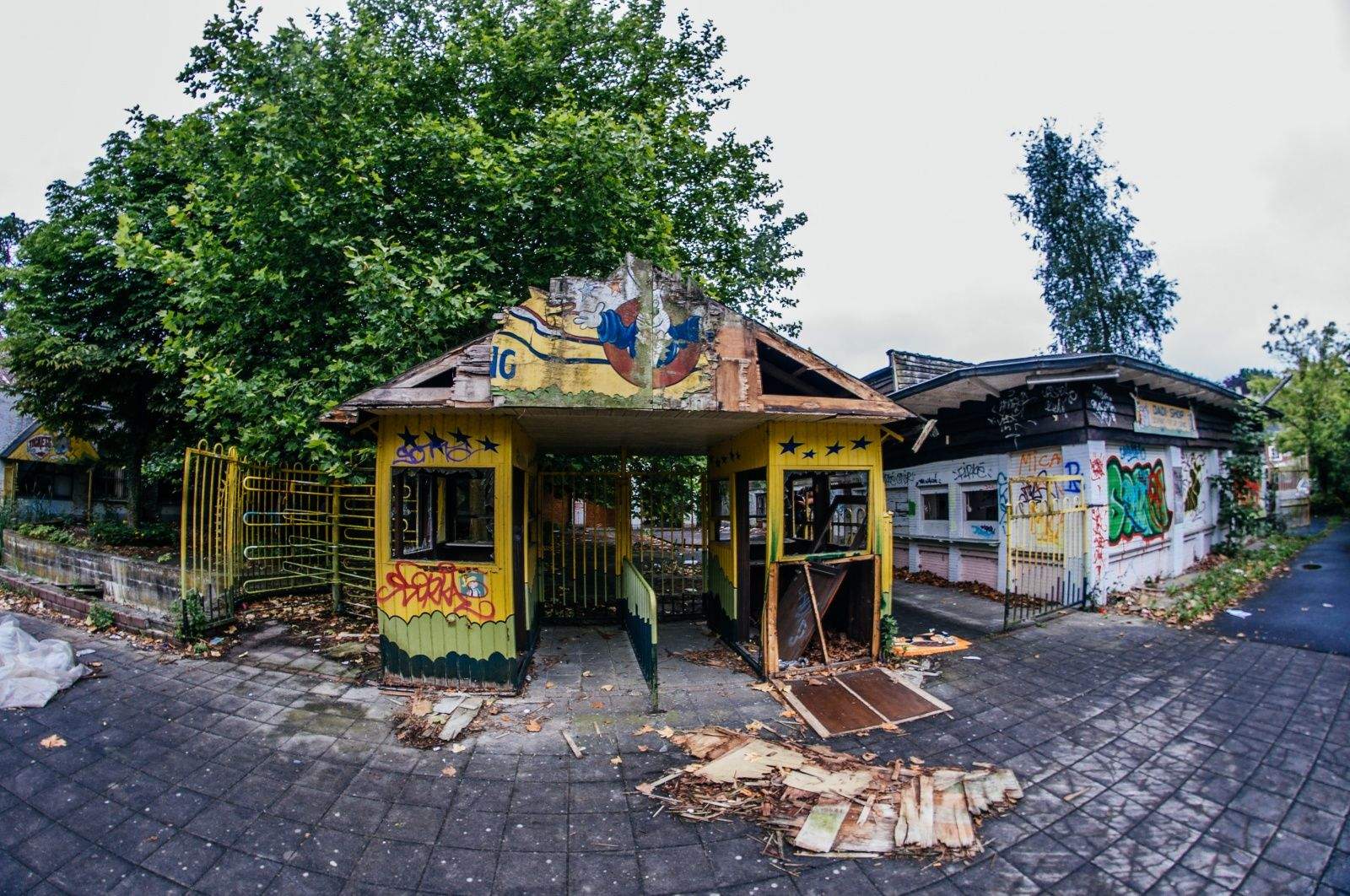 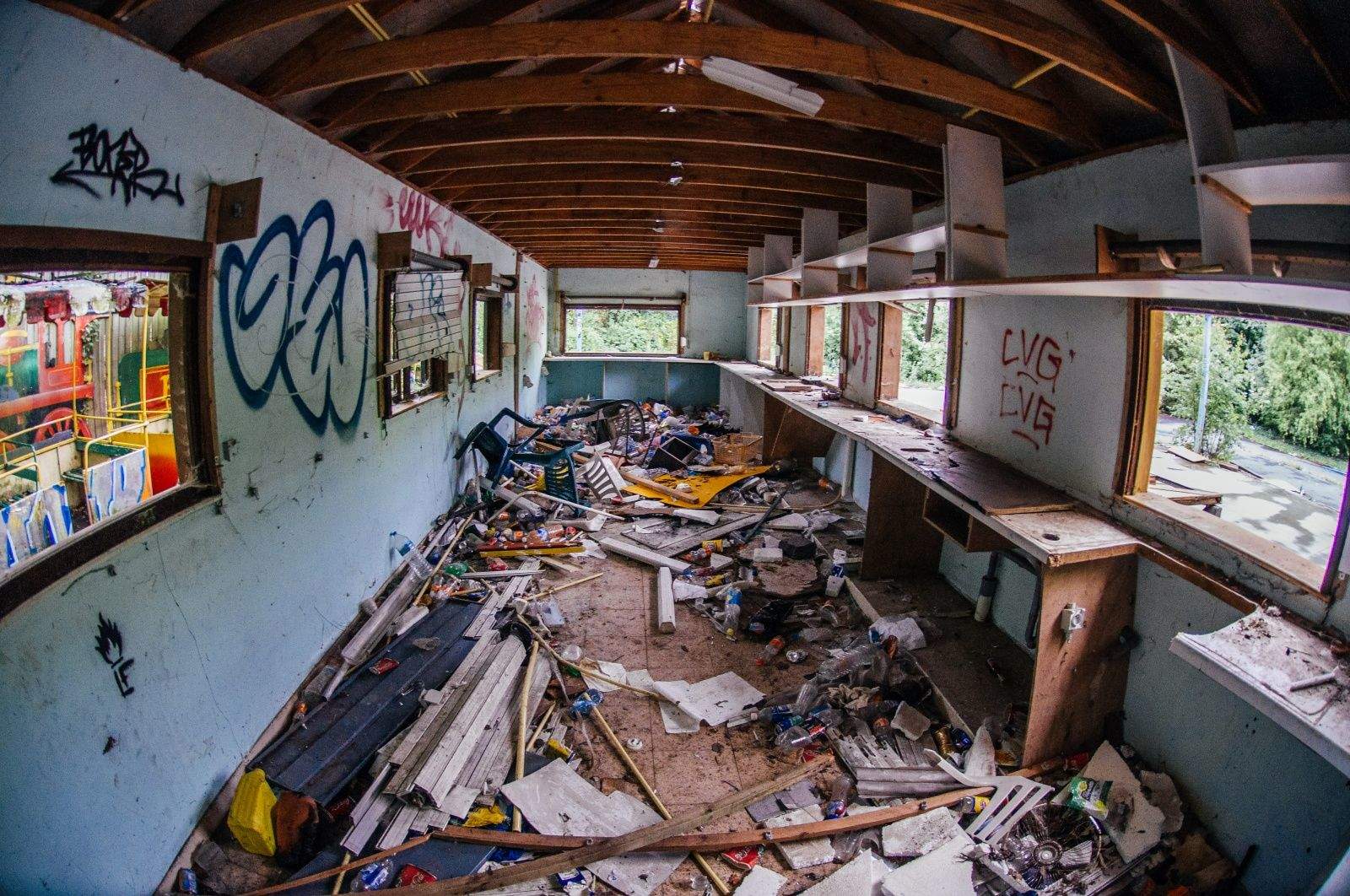 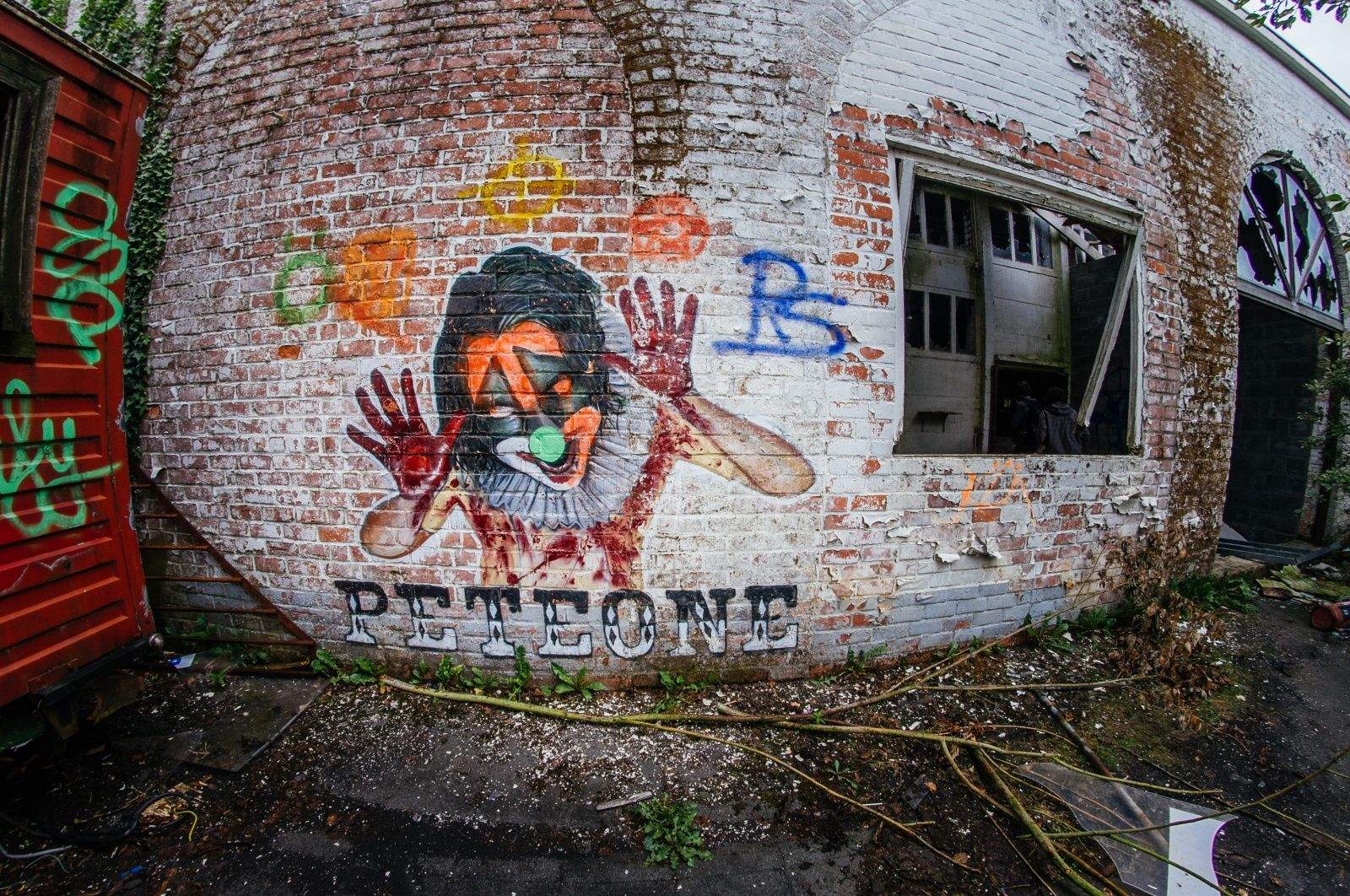 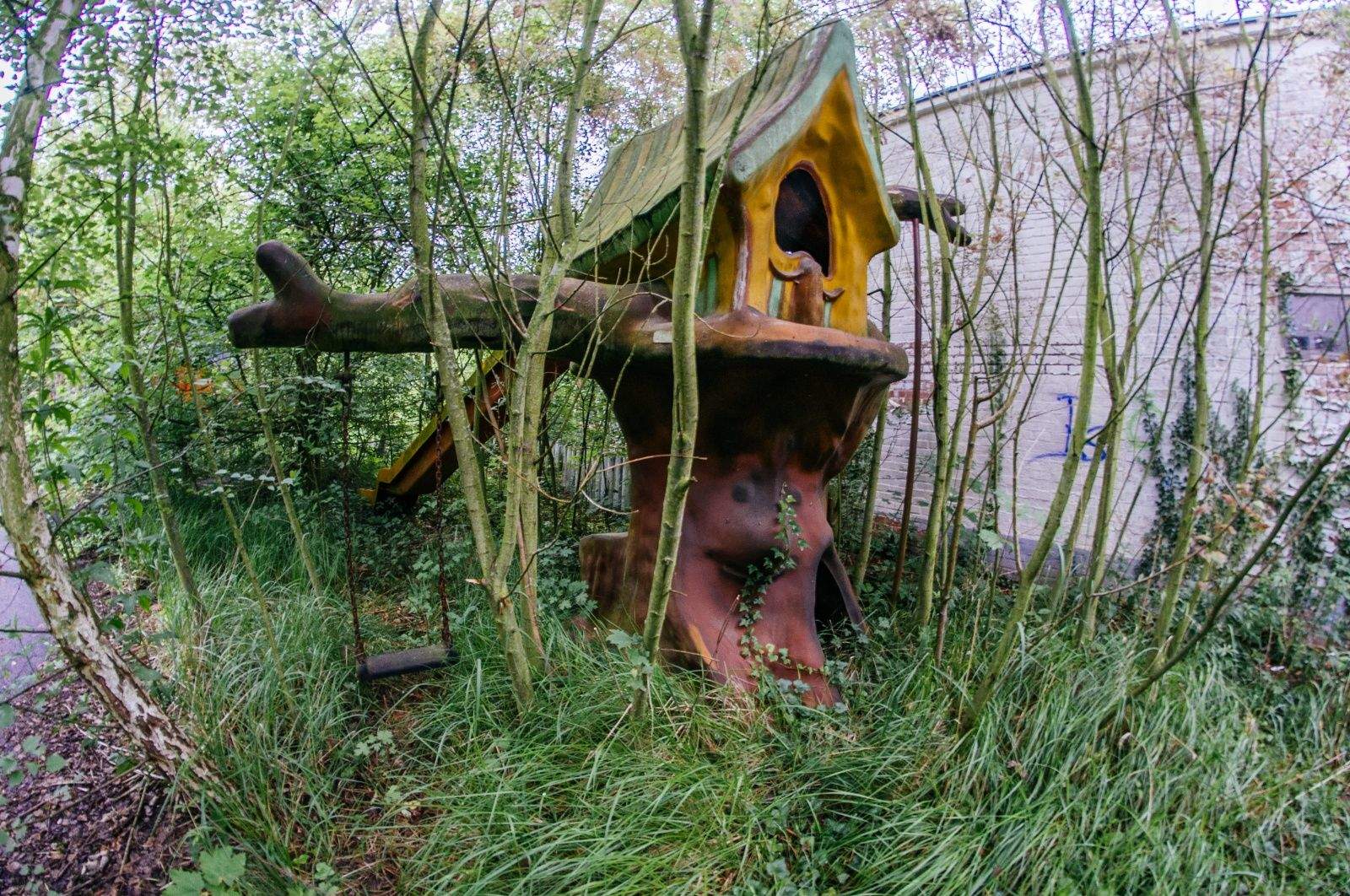 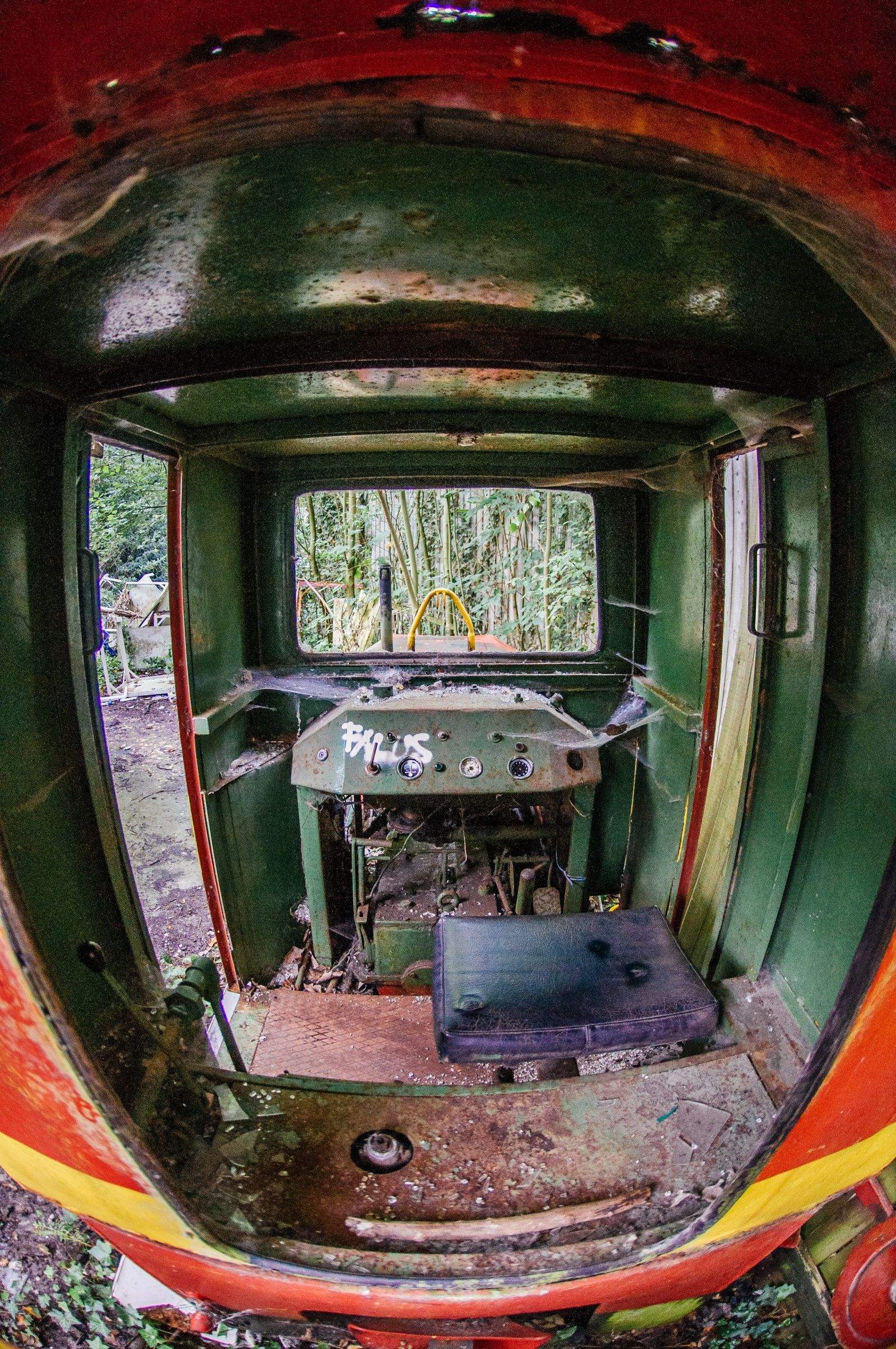 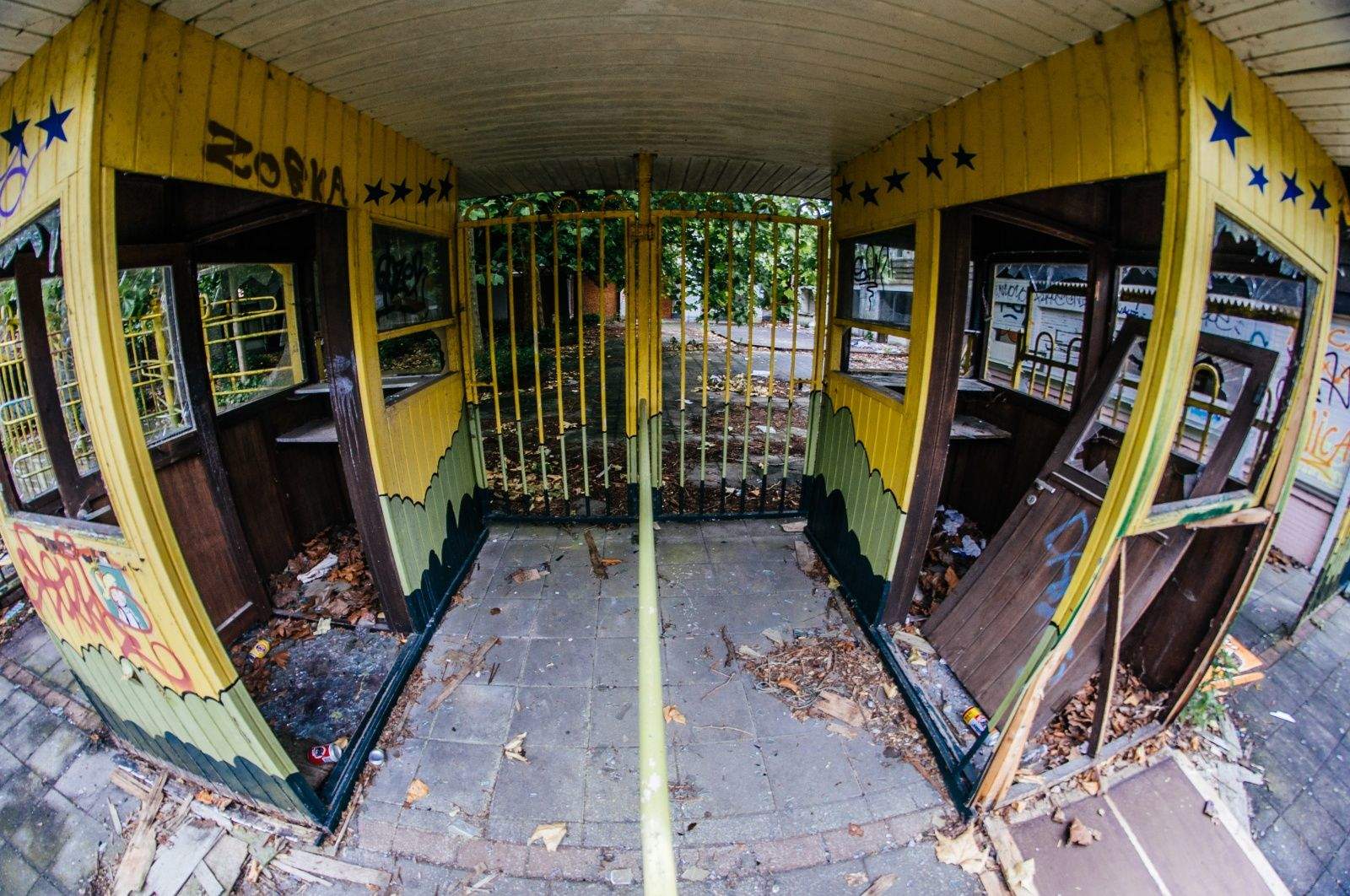 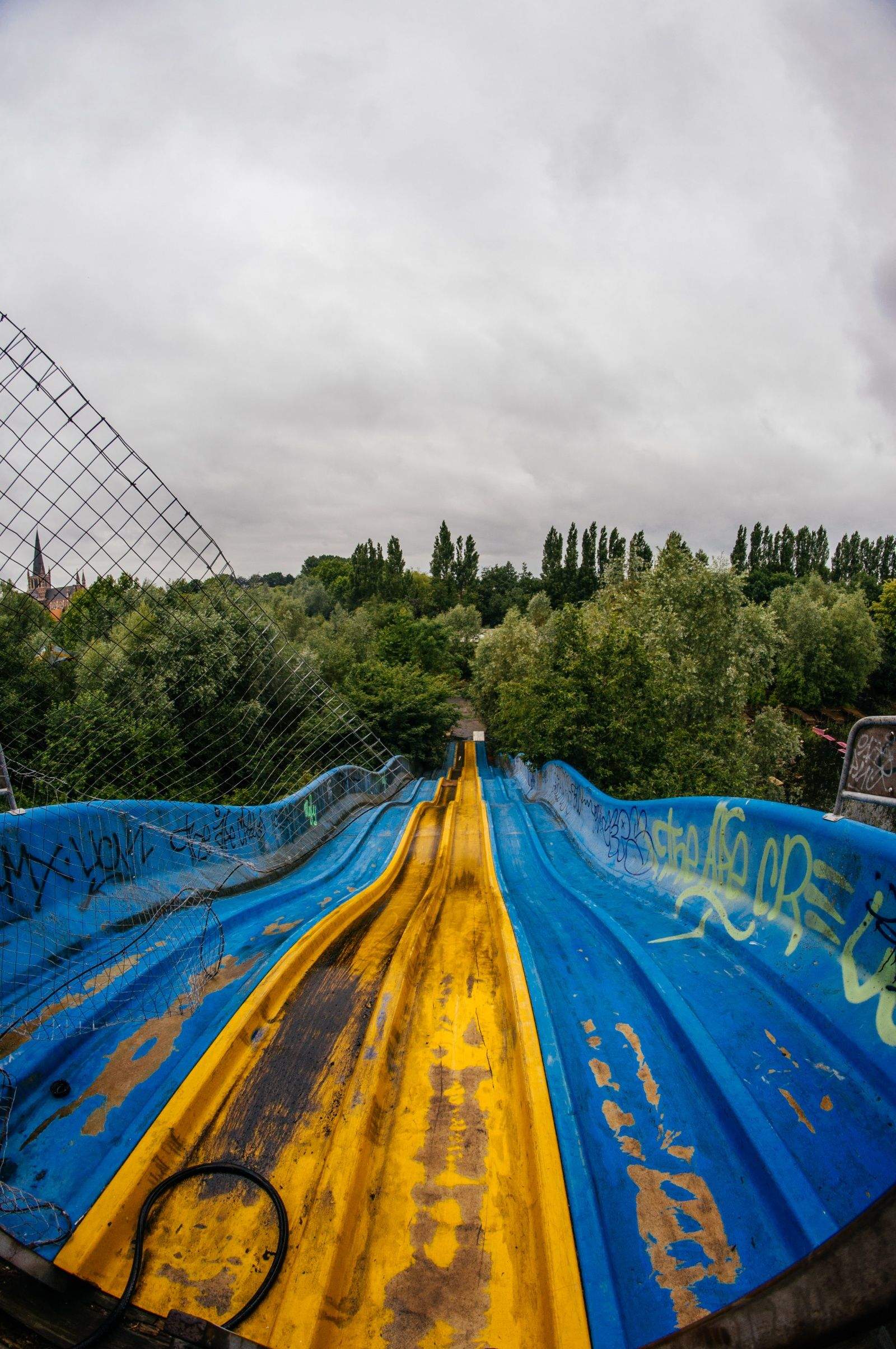 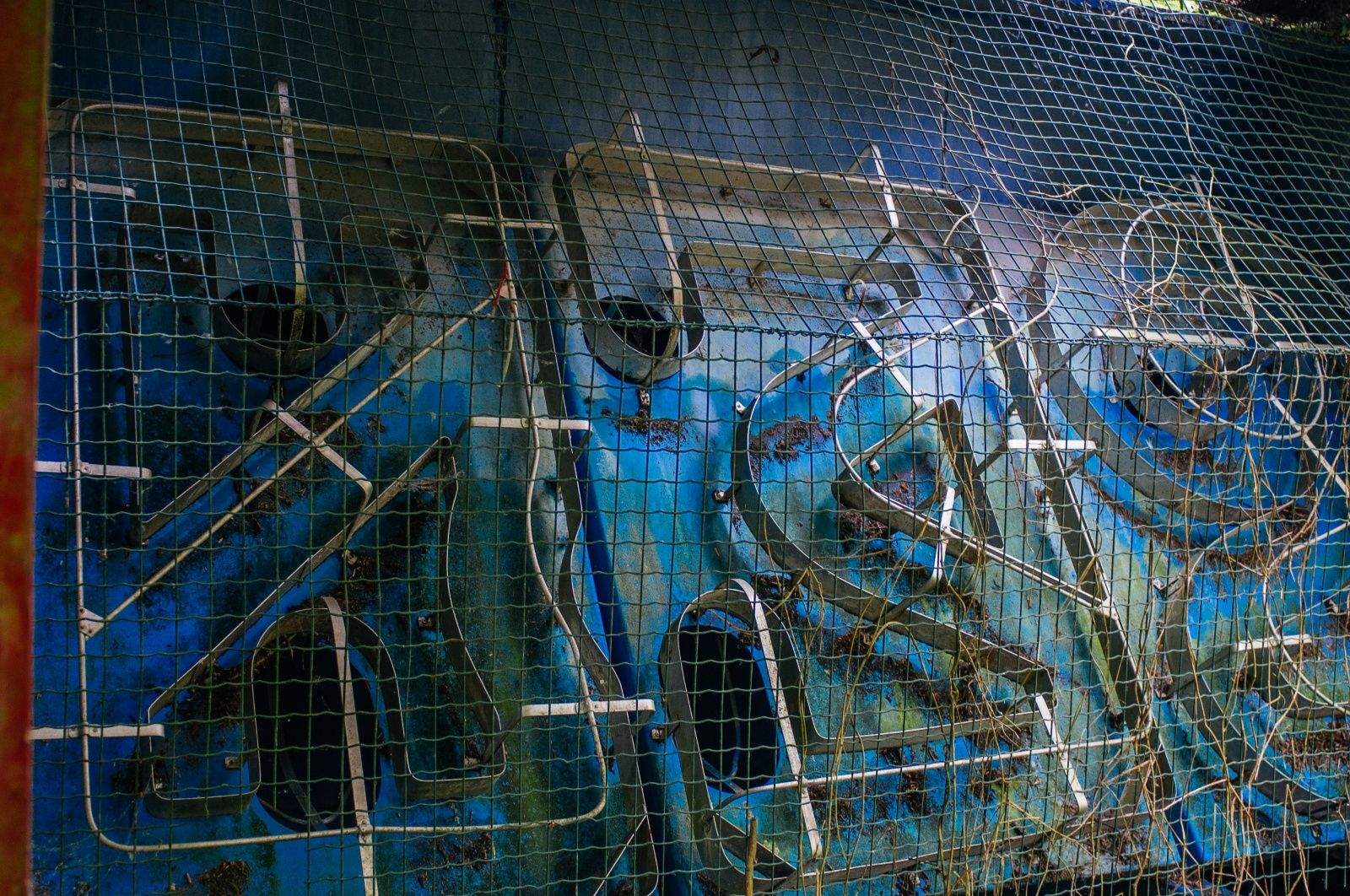 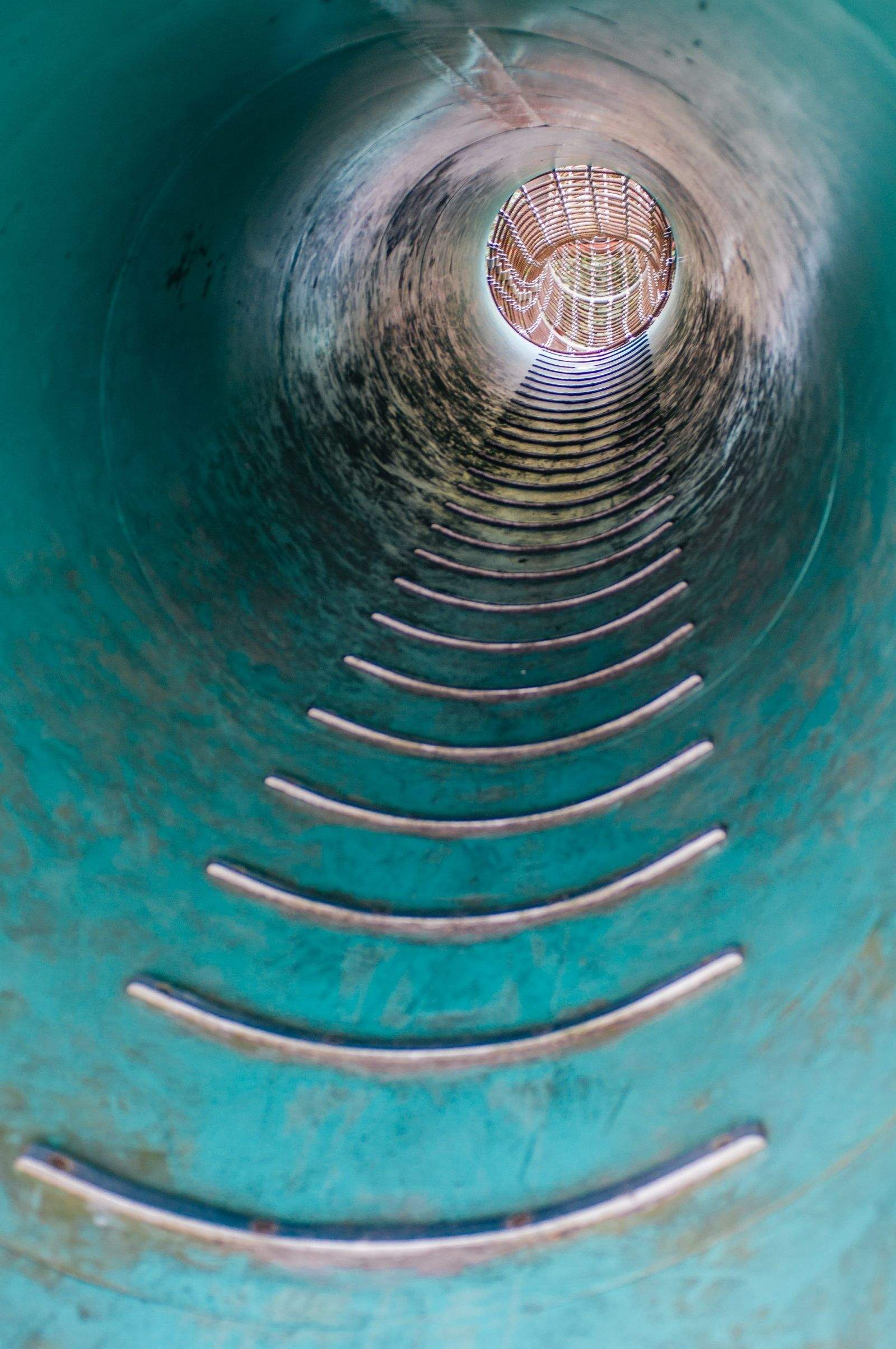 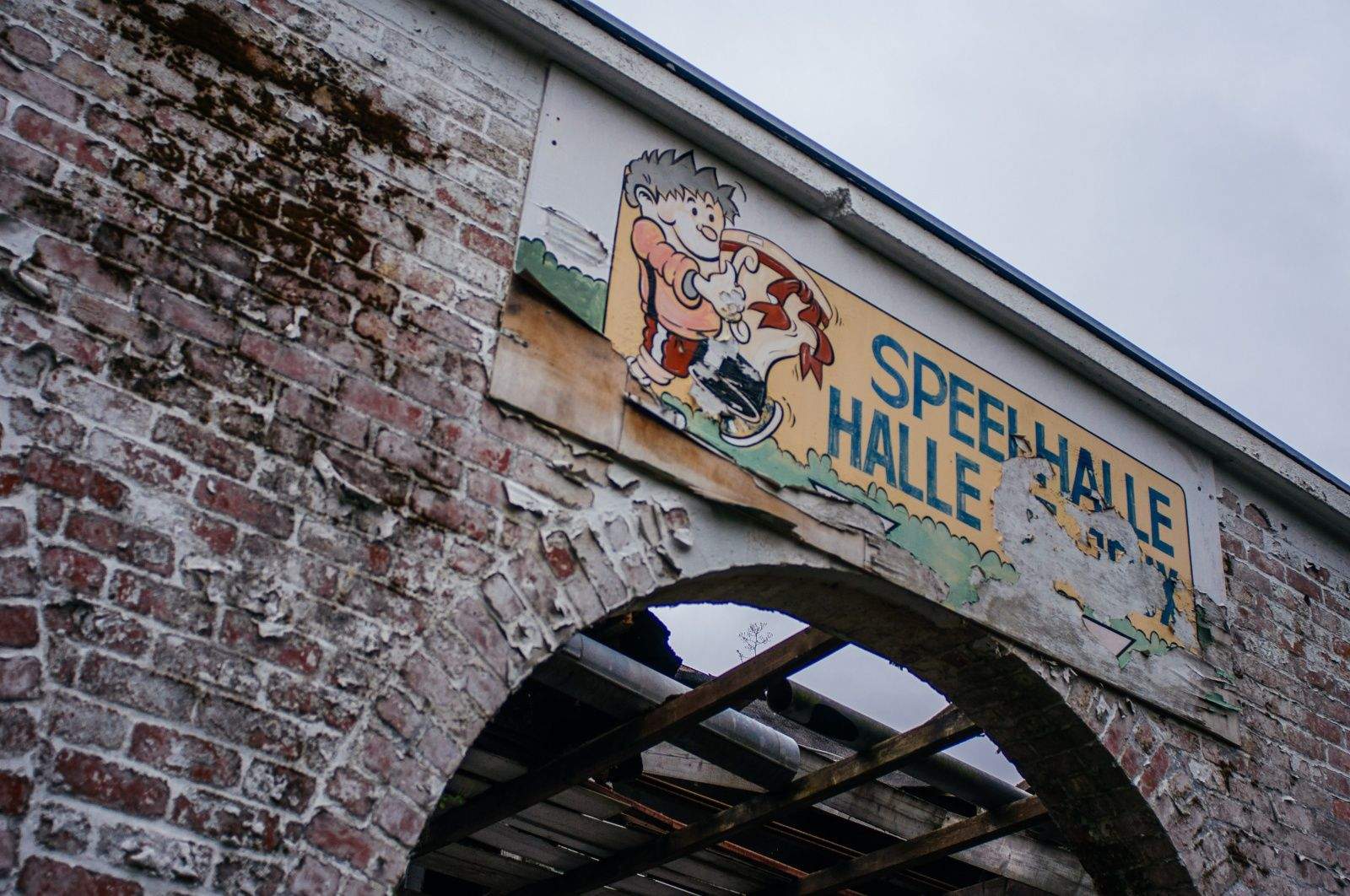 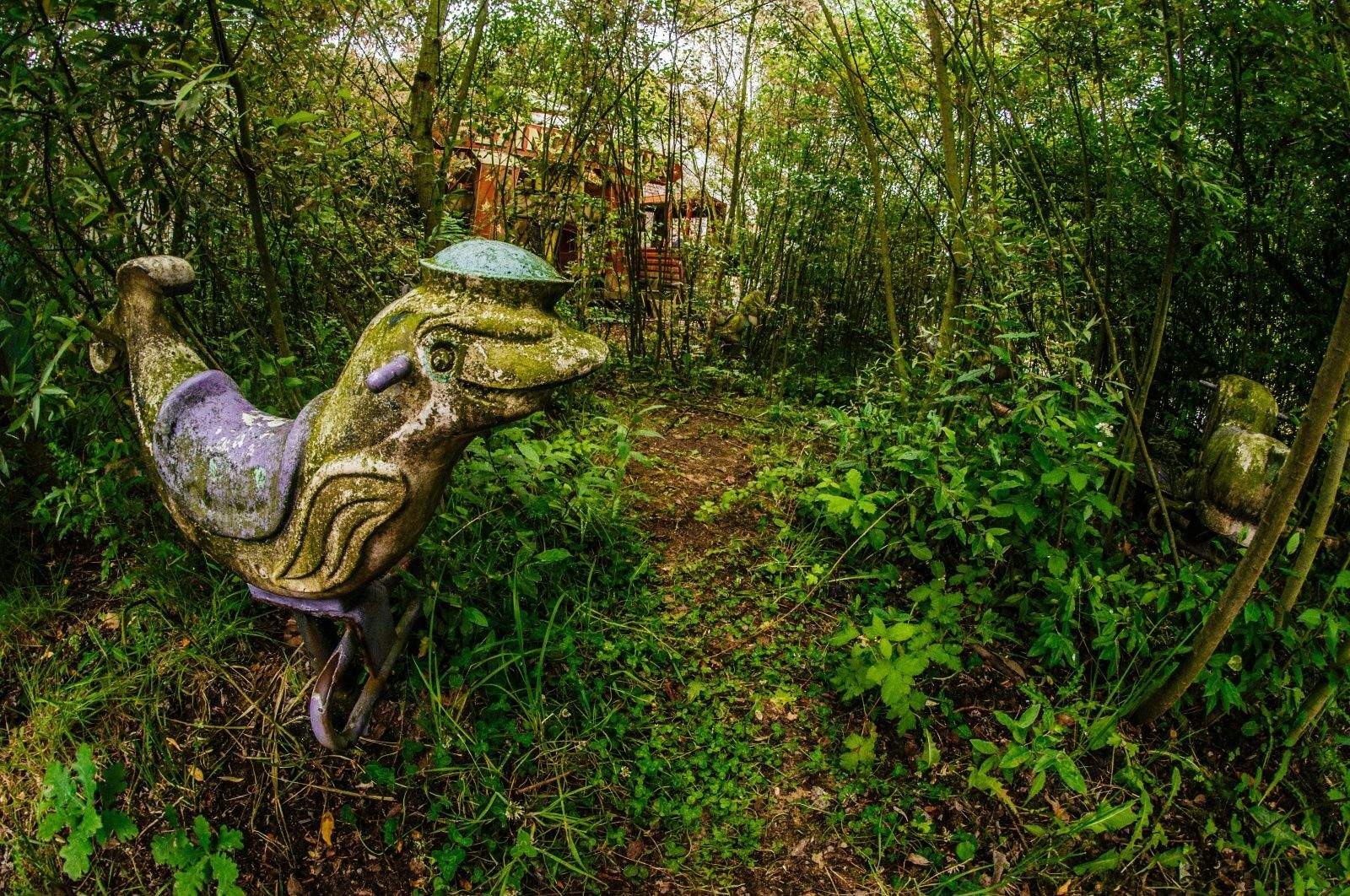 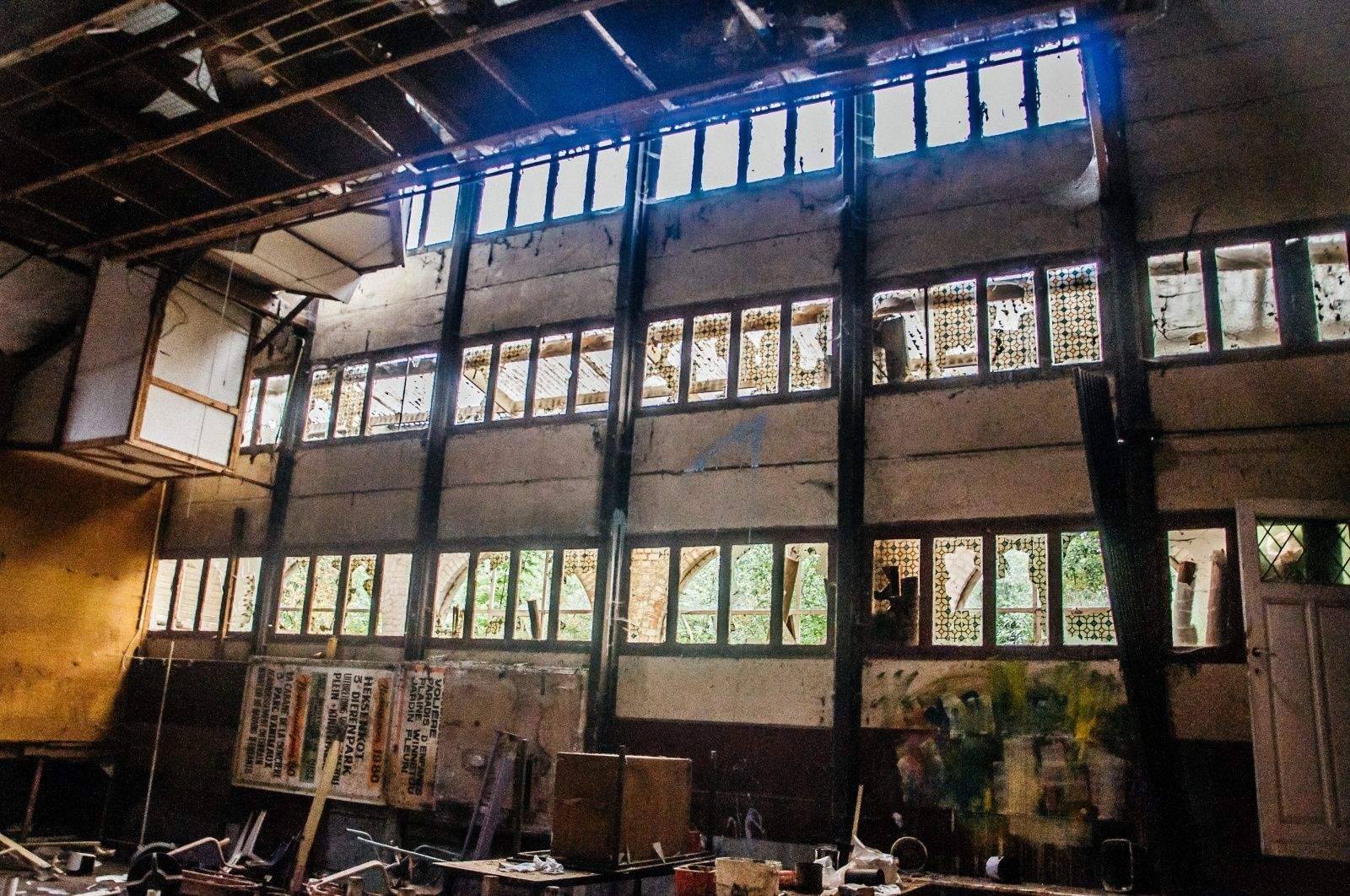 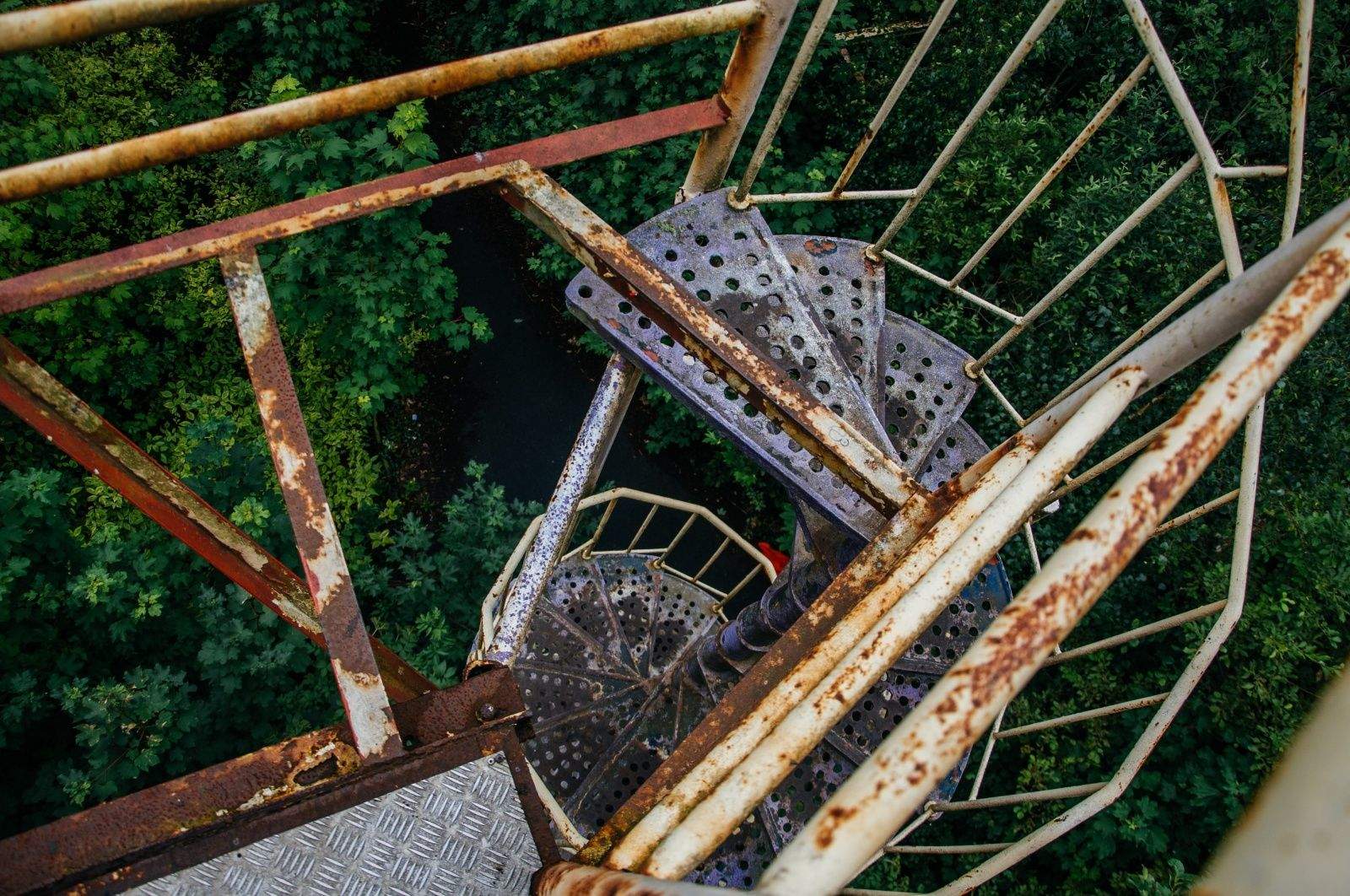 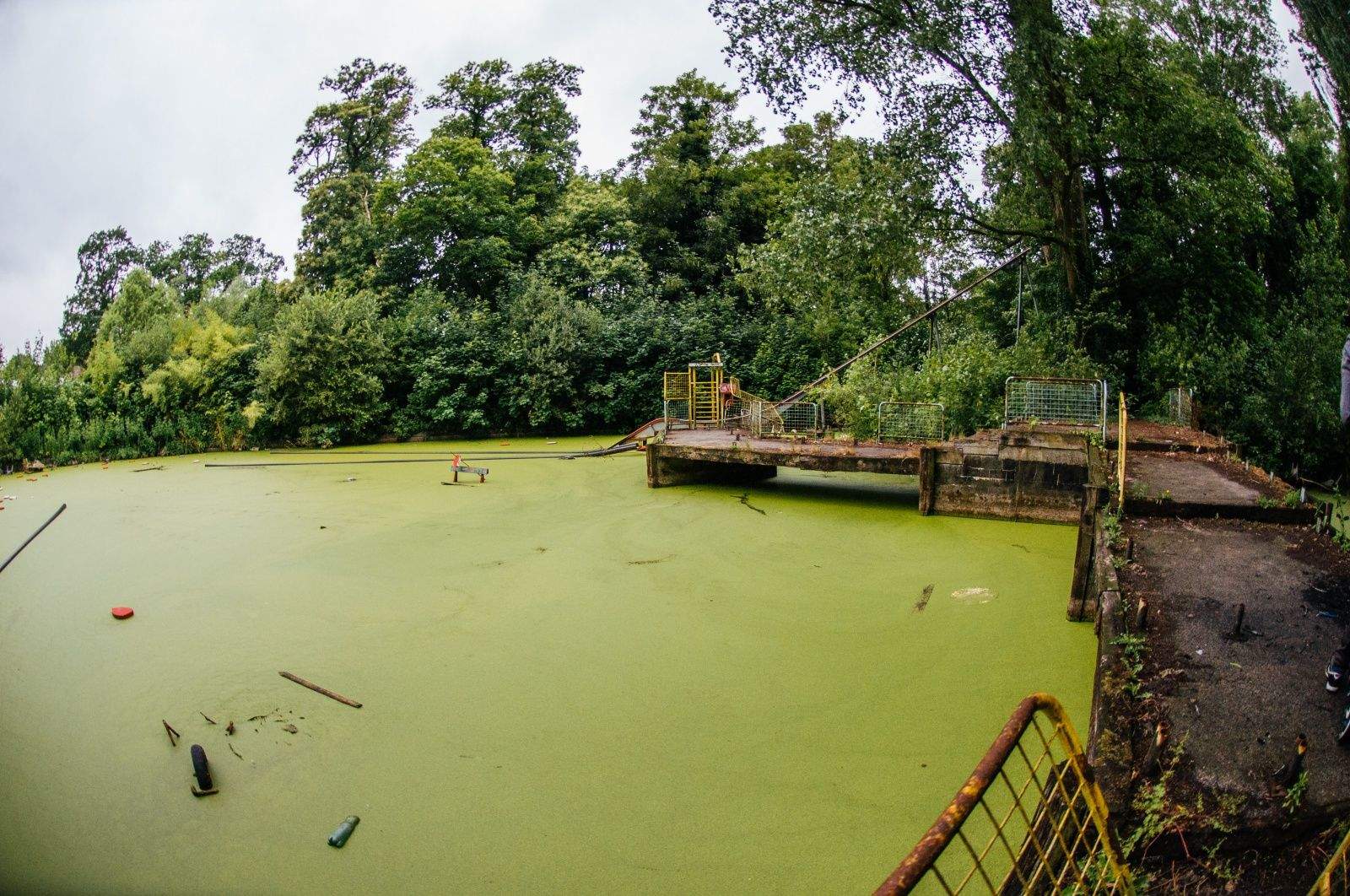 Kris Van de Sande’s distorted pictures of Dadipark, an abandoned Belgian amusement park, weren’t made under ideal circumstance, but they capture the distressed carnival atmosphere of the decaying attraction perfectly.

The look comes from a stroke of bad luck: While on a 2011 photographic pilgrimage to the modern ruins, Van de Sande’s gear crapped out and he was forced to make due with a loaner.

“I was limited very much with the equipment so I borrowed a fisheye lens,” he says over FaceTime from his home in Hasselt, Belgium. “I’m not a big fan of the fisheye thing but I tried to shoot as if it was just a wide-angle.”

He’ll never get the chance to revisit with a fully functioning photographic arsenal: Dadipark has been wiped from the map. From its 1950 inception as a playground to distract children while their parents marveled at the local cathedral to its final years as a junkyard wonderland for adventurous curiosity seekers, the amusement park brought visitors to the sleepy town of Dadizele in West Flanders,the last stretch of land before Belgium falls into the North Sea.

After decades of expansion and modernization — changing hands from the local parish founders to a citizen-owned corporation along the way — Dadipark’s attendance slumped and the site lost its luster. Tragedy struck in 2000 when a boy was maimed on the Nautic-Jet water ride, leading to the park’s “temporary” shuttering in 2002 for renovations. It never reopened.

For some reason, the gates were flung wide open when Van de Sande and his friends arrived.

“We ran into several people in the park,” he says. “People from the area taking a stroll, a few guys were doing a photoshoot, some video guys…. I think there were four or five groups of people in the park at that moment. A few weeks later we heard that it was all closed again, so we got very lucky.”

Not having to tangle with razor wire or duck security guards makes for an easier clandestine photo shoot — but not a completely safe one. While Van de Sande, whose first big break came collaborating with a friend on articles for Belgian newspaper Het Nieuwsblad, said he loves the challenge of shooting concerts where photographers contend with stage lighting, perpetual motion and the draconian restrictions of overzealous artist management agencies, the odds of a misstep leading to the hospital are slim in that kind of a controlled environment.

Dadipark was a completely different situation, with danger lurking around every crumbling corner. The grounds were littered with broken glass. Attractions hadn’t been maintained for almost a decade, leaving them vulnerable to the vagaries of time and weather. He picked his way carefully through the park, testing his weight on every structure before clambering up. Swings, slides and metal supports seemed safe enough. The frayed and rotting rope bridge strung over the park was off-limits.

Although his family never ventured to Dadipark, Van de Sande has fond memories of childhood trips to Dutch theme park Efteling. Wandering through Dadipark’s ruins inspired mixed feelings: He felt wistful about the lost glory of a place that once brought joy to so many kids but enthralled by the haunting, overgrown remains. While businessmen wrote the place off, others saw nothing but potential.

“Some local youth reclaimed the park as theirs and they made a skatepark from old pieces of wood in an area that used to be for go-carting,” Van de Sande says. “They just reclaimed it.”

Investment proposals came and went, amounting to nothing. After the local government finally green-lit demolition, wrecking crews descended on Dadipark in 2012. Even in its death throes, the park suffered setbacks: Vandals and thieves dogged the deconstruction, and work remains incomplete while the region dries out from pervasive rains.