Here are some of the strangest games to drop into the App Store this week, and they’re all about food (mostly desserts, oddly enough). What you do with this information is between you and your iPhone. 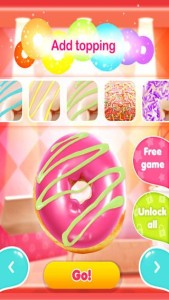 Everybody loves donuts. Lord knows I do. And this game is banking on that because it’s all about making and decorating the little round pastries. You start by whipping up the batter in a few stages (your adorable octopus mixer handles the actual virtual work), and then you decorate your creations and eat them.

It’s weird when you “eat” the donuts because it’s not so much that bites appear as they disappear from existence like Marty at the end of Back to the Future. But we’re talking about digital desserts made from imaginary ingredients, so I guess anything is possible.

Regardless, this is a free version of a game that’s all about prompting you for in-app purchases and other games, so it’s not particularly fun. But it has donuts and sprinkles (if you pay for them), and maybe that counts for something. 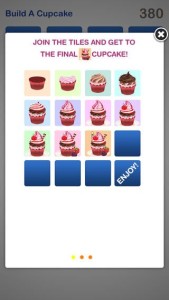 Here, we have what appears to be a version of Threes or 2048, but instead of combining numbers into larger numbers, you’re combining two cupcakes to make a new, different cupcake. I’m not really sure how that works; I wanted to sign up for Cupcake Math my sophomore year of college, but that class really filled up quickly.

I’m thinking it was because of the cupcakes.

Still, I’m sure the game has a logic to it. Otherwise, you’re just mashing cupcakes together and hoping for the best. Try doing that in real life. Spoiler alert: Nothing good can come of that. 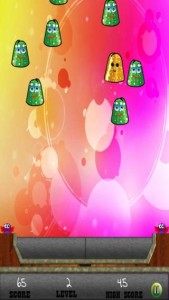 This game’s already confusing even before you download it. The App Store says it’s called “Save the Jelly Gum Drops,” but the title screen says, “Jelly Gum Drop Splash.” Which is it?

It probably doesn’t matter. What’s important is that this is a game where you’re tapping to try to rescue poor, defenseless candies from falling into the mouth of a sugar-mad monster.

At least, the App Store description says it’s a monster. The screens look like they’re falling into a cage. I’m so confused. Maybe that’s what the monster wants.

Where am I? What day is it?

Choice quotation: “Tap all the jellies you can find but be careful; there are bad jellies that will trick you so that all the delicious candies will fall to into the mouth of the candy monster.” 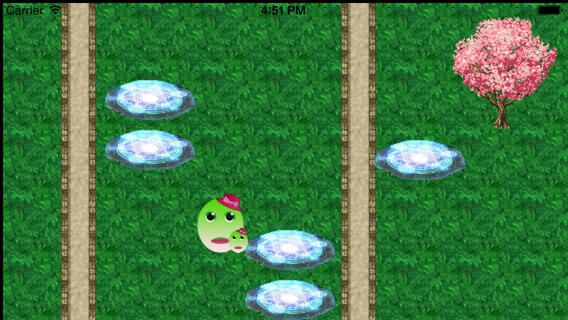 Clever Apple 1: The Door appears to be about controlling a mother apple trying to rescue her baby apple. That’s what I get from the screens, anyway.

I think you teleport around, and then once you find the little apple, you have to go back the way you came or else evil oranges with eyepatches and fangs will eat both of you. And that’s pretty terrifying, really.

I’m struggling here. Clearly developer YinJian Li has a whole series of apple games planned, and this is only the beginning. Maybe the next one will be Clever Apple 2: The Fence. Or Clever Apple 2: The Shoe. Those pesky apples can get into trouble anywhere.