The TYLT RUGGD is an iPad Air case that makes protection its priority. Its tough outer shell, triple reinforced corners, and “micro energy absorbing cushions” make it ideal for clumsy commuters who want to make sure their beloved tablet doesn’t get damaged on the train to work.

It’s also practical, with a built-in kickstand for watching movies on the go, and its two-tone design aims to provide a striking look that’s “more awesome that any other [iPad] case on the planet.”

The RUGGD is indeed incredibly protective. Its hard shell is surrounded by a soft, “premium vulcanized copolymer” (something that actually exists and is apparently used in spacecraft and jet planes) that provides impressive impact protection for your iPad. 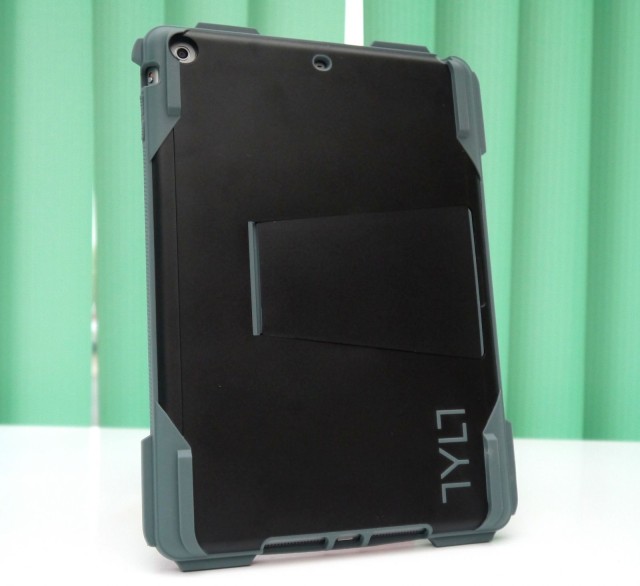 All of the most vulnerable areas of your device — its corners, sides, and edges — have extra protection from risen strips of copolymer to ensure that no matter how your iPad hits the ground, it stays in one piece.

Even the sleep and volume buttons are protected, and because TYLT’s material is so supple, they’re still easy to press. The rest of the iPad’s buttons, ports, and cameras — including its mute switch — are left exposed so that they’re easy to get to.

The RUGGD’s built-in kickstand can be super useful. If you want to catch up on your favorite TV show on the place, or FaceTime a friend when you’re lay in bed, you can just pop it out and it’s good to go.

The kickstand is strong and sturdy, and you can use it at almost any angle you wish without fear of it falling over. It’s also flexible, so you can bend it right around and use it as a typing stand, too.

TYLT put so much focus into protection when developing the RUGGD that they seem to have neglected its looks. The bits of copolymer that stick out may be useful, but they don’t look nice, and they can sometimes make the iPad a little uncomfortable to hold — especially over long periods. 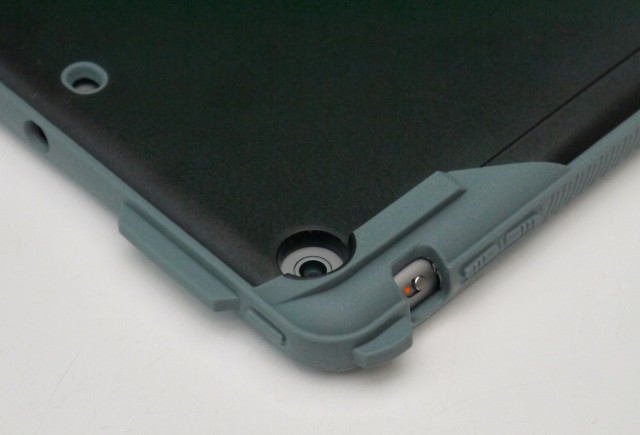 My only other criticism of the RUGGD is that there is no protection for the front of your device — and if you’re buying a case for protection, that’s a problem.

There is a lot of copolymer around the front edge of the case, which should prevent your iPad’s from coming into contact with anything when you drop it. But even so, a front cover — or even magnets that make it Smart Cover-compatible — would have provided extra peace of mind. 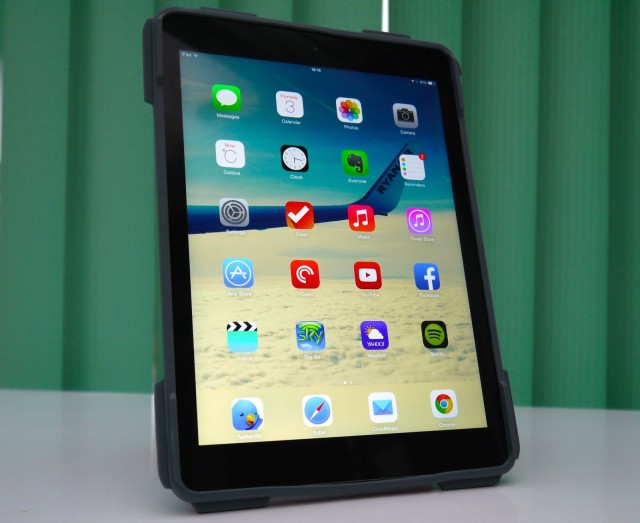 If you don’t care about looks and you simply require plenty of protection for your iPad Air, then the RUGGD case could be what you’re looking for. At 212 grams, it’s not overly heavy, and it is incredibly well made — as you would expect from a TYLT product.

If you have a habit of dropping your iPad a lot, then the RUGGD should provide everything you need to avoid an expensive repair bill. Just don’t enter it in any tablet case beauty contests, because you’ll be disappointed.