For years, Apple (and just about every other digital media company in the world) has battled with Burst.com, a Santa Rosa, California company that holds a huge number of broad patents for streaming audio and video over networks. Microsoft settled with Burst three years ago, as have many other players. Apple maintained for years that those patents are too generic to be enforceable, and was especially upset at the notion that anything about the iPod was derived from Burst’s circa 1990 patents.

And after years, the company has proof: a 52-year-old Brit named Kane Kramer who developed a prototype digital music player called IXI in 1979 that could hold up to three-and-a-half minutes of music (no word on whether he advertised it as putting “One song in your pocket). While his invention never made a direct market impact (and his patents expired in the late 1980s), Kramer’s IXI provides clear evidence that the basic concept behind the iPod existed long before Burst ever thought it was a good idea to make money through patent enforcement.

In spite of Apple’s use of Kramer as a witness in its case with Burst, he quite naturally hasn’t been granted a share of its revenues. In fact, he recently had to sell his house and move into a rental. Still, his original sketch isn’t that far off the mark. Kind of hard to believe. 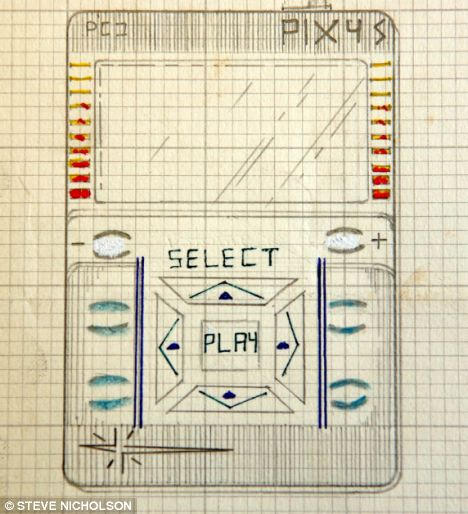 ‘I must admit that at first I thought it was a wind-up by friends. But we spoke for some time, with me still up this ladder slightly bewildered by it all, and she said Apple would like me to come to California to talk to them. ‘Then I had to make a deposition in front of a court stenographer and videographer at a lawyers’ office. The questioning by the Burst legal counsel there was tough, ten hours of it. But I was happy to do it.’