Apple finally revealed its CarPlay system yesterday that brings iOS access to your car’s dashboard. Some suburbanites rejoiced at a new rush-hour-infotainment center – especially those who can afford a Ferrari or Benz — but  if you’re a car-less city slicker iOS in the elevator would be a hell of a lot more useful.

This ‘iOS in the Lift’ mockup was created as a joke by a Behance user, but after thinking about it,  a dash of iOS would go great in tons of other things too, like showers, the subway, a hotdog stand, you name it.

Here’s a closer look at the interface: 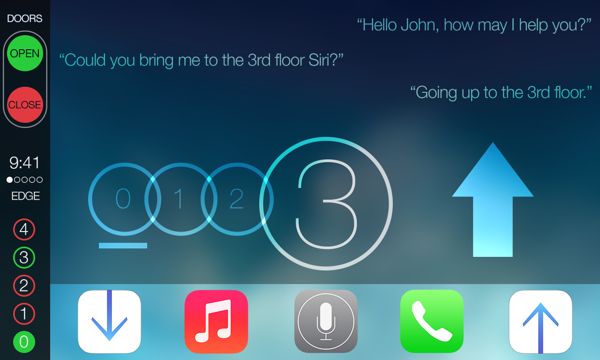