Next week, Apple will either officially unveil their much-rumored tablet device, or the lot of us are going to look like complete idiots. Either way, it should be a fun week, but as anticipation boils to a pitch, we might as well keep ourselves entertained with a look back at the prehistory of Apple’s last tablet launch: three Newton prototypes evocatively codenamed the Bic, the Cadillac and the Batmobile.

The Bic (pictured above), posted by Flickr user Jimaebles, is the most understood of the prototypes: it had two PCMIA card slots, a retractable I/O door, infrared, a microphone, a speaker and a removable battery, all happily running along on an ARM 610 20MHz processor. It looks more like a traditional tablet than the Cadillac, posted by Flickr user Sonnyhung, which is designed more like a credit card digital signature pad: 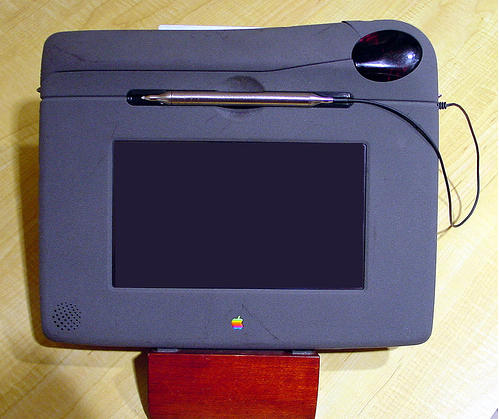 According to Jimabeles, he saw both prototypes at a mobile computing development group at Coke: “Apple was more or less searching for a reason to build the tablet and never did find a market. I have no idea how many exist. I only know of one other and it is in a computer museum in California.”

On the other hand, the Batmobile Newton, posted by Flickr user Splorp, is a prototype very similar to the Newton that actually shipped, with the only difference being the cover: a hard chunk of plastic that snapped on and off the device to protect the screen. 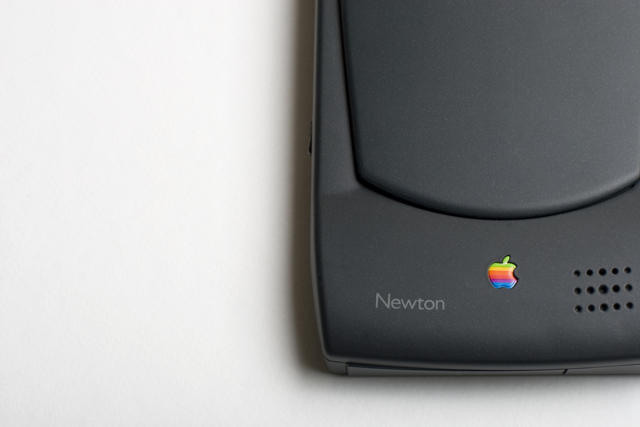 Great stuff. I only hope that two decades from now, we have access to just as much archeological prehistory of the designs that eventually informed Apple’s final iSlate design.