Infinite runners are called infinite because they continue indefinitely. This is a fact, and one completely lost to the developers of Joe Danger Infinity. In this side-scrolling “racing” game, you tap the screen as Joe charges along any of the 100 toy stunt tracks provided.

You can unlock new bikes (or rockets) through the coins you collect in each stage or through micro-transactions, and generally you’re competing against other players to get the highest score.

That’s if you can figure out how to score more than a few hundred points at any time. 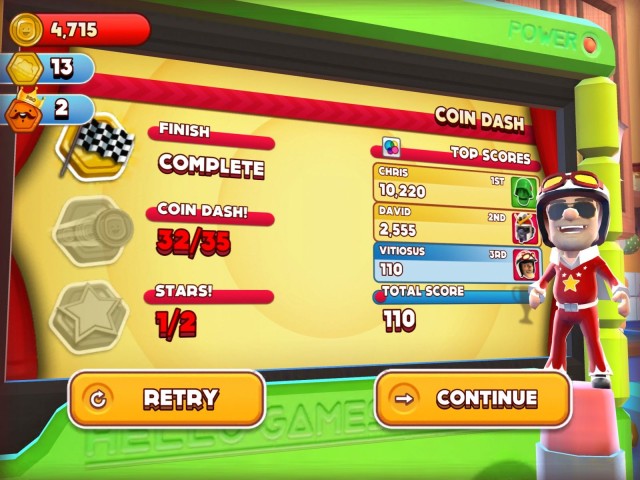 I suppose what makes Joe Danger Infinity “infinite” is that you do not have to guide Joe along the tracks. He launches from the start, and your only real interaction from that point is to tap the screen to avoid obstacles and gather coins. So, he is infinitely moving in that sense.

To be fair, this isn’t the worst game I’ve played on iOS. No, I’ve booted up several apps this week that crash when you hit the play button. I can confirm that Joe Danger is bursting with functionality, but the actual gameplay is simply lackluster. I think it is confused on what it wants to do. Infinite runners clearly inspired the design of the game, but you need more than a yard stick graphic on the level select menu to properly classify as one. If Joe Danger Infinite was one constantly running level full of tricky jumps, ducking, and collectible coins, then it would live up to its title. 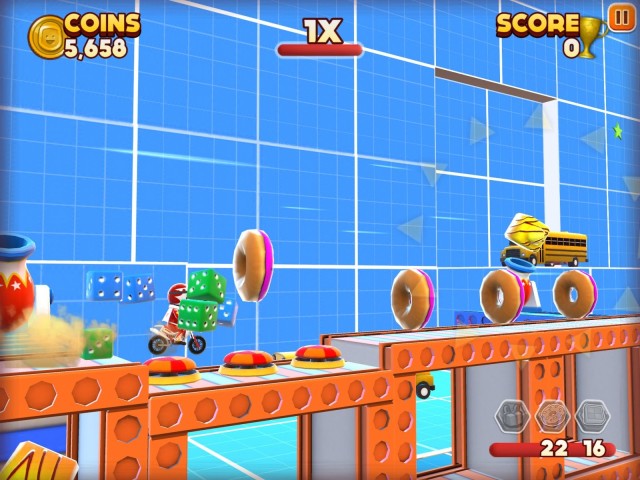 But the truly damning thing about Joe Danger is that it forces you to do too many things at once. Tap to jump, hold to duck, time jumps, and be sure you’re frantically tapping the screen to get collectibles that you can only gather by tapping away from the track. To earn 100 percent in each level you’ll have to balance all these things but that is increasingly frustrating.