Apple has just seeded the first beta for iOS 7.1. Registered developers can grab the update from the Developer Center. The beta release comes just four days after Apple published iOS 7.0.4 to the public that included a fix for failed FaceTime calls.

We’re still waiting for more info on the new goodies, but we’ll update you on new features once we’ve got it downloaded.

According to the release notes iOS 7 beta 1 includes a number of performance enhancements and bug fixes.

Here are some of the new things we’ve found so far:

iOS 7.1 lets users switch to the dark keyboard full-time under the Accessibilities options in Settings: 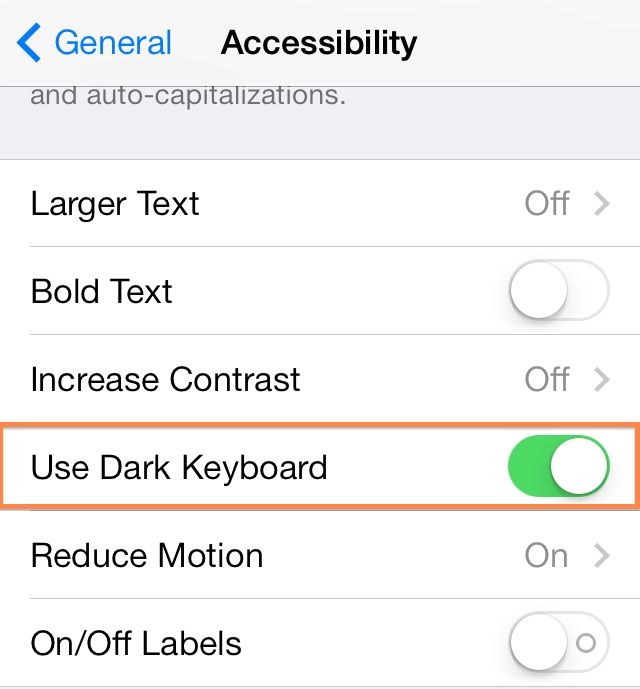 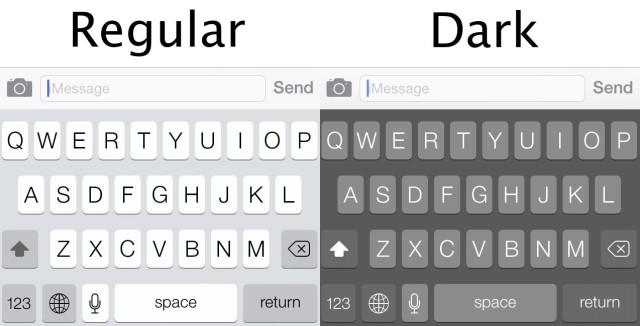 You can choose to upload Burst Photos to your PhotoStream. 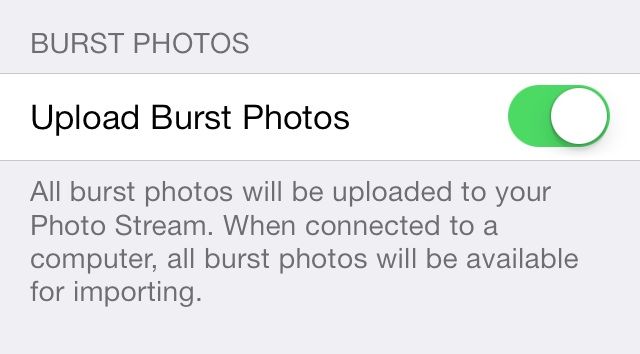 Here are the direct download links and release notes:

Important: This is a preliminary document for an API or technology in development. Although this document has been reviewed for technical accuracy, it is not final. This Apple confidential information is for use only by registered members of the applicable Apple Developer program. Apple is supplying this confidential information to help you plan for the adoption of the technologies and programming interfaces described herein. This information is subject to change, and software implemented according to this document should be tested with final operating system software and final documentation. Newer versions of this document may be provided with future seeds of the API or technology.

Introduction
Bug Reporting
Notes and Known Issues
Introduction
iOS SDK 7.1 provides support for developing iOS apps, and it includes the complete set of Xcode tools, compilers, and frameworks for creating apps for iOS and OS X. These tools include the Xcode IDE and the Instruments analysis tool, among many others.

With this software you can develop apps for iPhone, iPad, or iPod touch running iOS 7. You can also test your apps using the included iOS Simulator, which supports iOS 7. iOS SDK 7.1 requires a Mac computer running OS X v10.8.4 (Mountain Lion) or later.

CFNetwork
Fixed in iOS 7.1 beta
Previously, if the server-side closed an HTTP request with TCP FIN without sending any bytes of HTTP header or HTTP body, NSURLConnection would synthesize an empty HTTP/1.1 200 OK response. This is now fixed, and the request will result in an error instead of a successful load with a synthesized response.

Notes
A new compatibility behavior has been added to address an issue where some web servers would send the wrong Content-Length value for “Content-Encoding: gzip” content. Previously, NSURLConnection and NSURLSession would send a “network connection was lost” / NSURLErrorNetworkConnectionLost (-1005) error in this situation.

The compatibility behavior applies only if the Content-Length value exactly matches the expanded gzip’d content. It won’t apply for “off by 1” or similar miscounting.

Core Text
Fixed in iOS 7.1 beta
Previously, text drawn with CTFrameDraw did not correctly place lines to account for the paragraphSpacing attribute of NSParagraphStyle. This has been addressed in iOS 7.1 beta.

Crash Logs
Known Issue
Crash logs will not appear in Diagnostics & Usage Data in Settings. The logs will still be available when synced off the device.

GLKit
Fixed in iOS 7.1 beta
If loaded with GLKTextureLoader, pngcrush images that have alpha were not unpremultiplied.

High Precision Timers
Fixed in iOS 7.1 beta
When sleeping or waiting for extremely precise time intervals, timers were delayed by up to 1 millisecond.

iTunes
Known Issue
Loading an iTunes Match library (or your purchased music history) may take much longer than expected, especially on larger libraries. If your library does not sync right away, please wait 30 minutes and try to access it again.

For more information on MCSession APIs, watch WWDC 2013: Nearby Networking with Multipeer Connectivity.

UIKit
Known Issues
If a UITextField or a UILabel that is baseline aligned with constraints has attributes that change after the constraints have been added, the layout may be incorrect. The exception to this is -setFont: on UILabel, which should work as expected.
Workaround: Avoid making changes in UITextField or UILabel after adding baseline-alignment constraints. If you must make changes, you should remove the constraints and then reapply them afterward. Note that this is a performance hit, so don’t do it unless it is necessary.