I got married earlier this month, but my new wife has already threatened to divorce me due to my newfound obsession with GTA V. I’ve only had it since Saturday, but I literally can’t put it down. I’m not the only one, of course; the game has been a massive success so far, with $800 million made on launch day alone.

If you’ve been playing it, you may have noticed their are a number of references to Apple and its devices within the game, one of which is iFruit, and iPhone clone used by Michael De Santa, one of the game’s main characters. And now you, too, can have your own iFruit with this awesome iPhone 5 and iPhone 5s conversion kit for just $13. 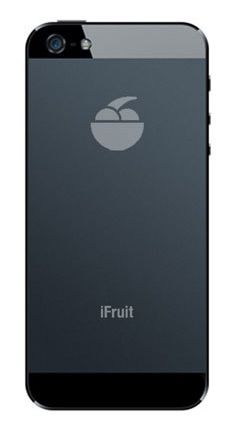 The kit comes from MobileFun, the same retailer that sells the iPhone 5 to iPhone 5s conversion kit that we wrote about this morning. It’s essentially a stick-on vinyl skin that covers the back of your device and replaces the Apple logo and iPhone branding with those of iFruit.

The skin is compatible with the iPhone 5 and iPhone 5s, and it promises to provide “the most accurate fit on the market.” It measures less than 1mm thick, so it shouldn’t prevent you from using your favorite iPhone cases, and it won’t impede access to any of your ports, buttons, or cameras.