Breaking Bad fans have been upset with Apple because of a mixup regarding Season Passes in the iTunes Store. If you’re a fan of the show you know that the creators decided to slip the last season into two parts, effectively creating two separate seasons of 8 episodes each: “Season 5” and “The Final Season.”

Purchasers of the iTunes Season Pass for Season 5 expected to get all 16 episodes, not just the first half. A lawsuit was filed against Apple recently claiming that the company owed Breaking Bad subscribers a $22.99 Season Pass for the last 8 episodes instead of making them pay twice.

Today Apple started issuing Season Pass subscribers promo codes for “The Final Season” of Breaking Bad on the house to the tune of $22.99.

Here’s an email from Apple that was sent in by a reader: 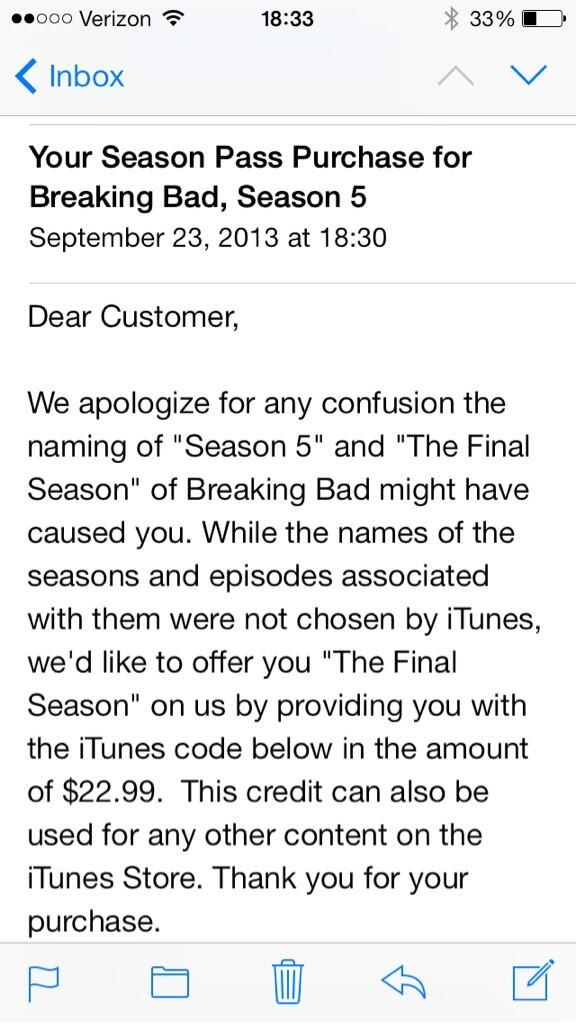 Just in time too; the series finale airs this Sunday.