Do you enjoy problem-solving games on iOS whereby the only thing you think you understand as you get started playing is that tapping objects on your touchscreen does something? Splatz is one of those games. Despite its deceptively simple graphics and fairground music soundtrack, Splatz is really absorbing and taxes your memory. Patterns start to emerge…. 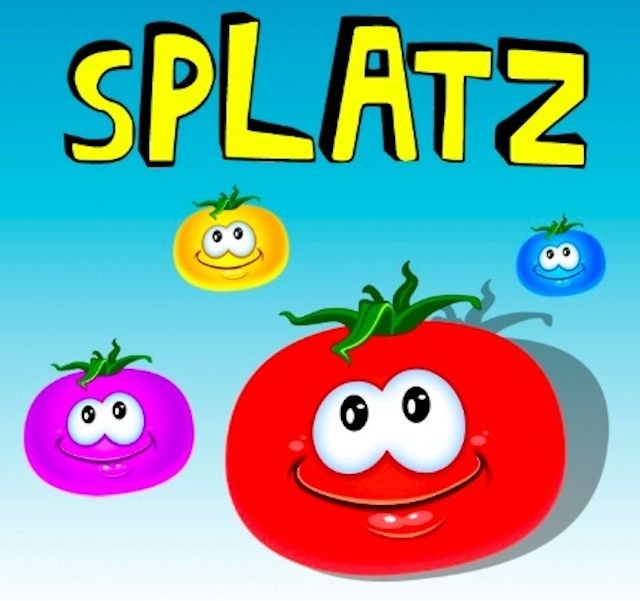 Splatz by Brit software developer The Sound Pipe Media is one of the those iOS games where the goal and how to get there are not immediately evident. So I won’t give anything away after having played with it for a while. There are no instructions, of course, but there are some hints (a limited number).

Each chapter of the game is a screen with a number of smiling tomatoes. Tapping on these tomatoes leads to their either splattering or changing size / color, and sending out horizontal / vertical torpedoes towards neighboring tomatoes. But more often than not, tapping a tomato leads to “level failed” and game over. It’s not even clear at first whether splattering tomatoes is a winning or losing aim!

The point of Splatz is to figure out what strategies are successful and what are not. It’s kinda maddening but at the same time intriguing enough for you to want to find out what you did wrong and what not to do next time. The limited number of hints you started out with quickly run out if (like yours truly) you are not patient enough to work out how to complete each step. But once you run out of hints you can replenish them with in-app purchases ($1 for four hints).

Splatz app has proved highly popular; according to The Sound Pipe Media it has been downloaded over 1 million times and been Top 5 for trivia and puzzle category in nearly all countries. Splatz is available for free ($0.00) on the iTunes app store.