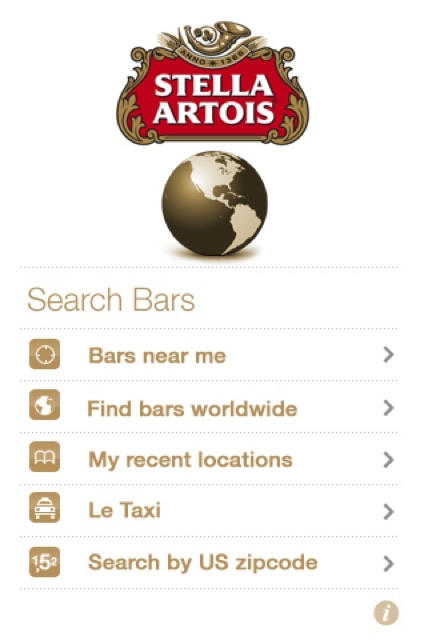 Now, if you’re in the middle of a pub crawl, your reality is already pretty augmented. But if you’re just starting out, or aren’t yet wasted to the point where dropping the iPhone down a street grating is a real possibility, then finding the closest watering hole has never been easier — thanks to Belgian beer-maker Stella Artois’ just-released, free, augmented-reality bar-finder app.

I know, there’re apps like Yelp that do the same thing; but Stella’s does away with all the useless features — like finding pet stores or hospitals — and zeroes in on what you really want: the next crawl stop. Plus, it can lookup bars in other countries, just in case your next stop is, say, Petah Tikva, Israel (although my birthplace, South Africa, isn’t on the list; neither is — hello — Germany).

Sadly, this app isn’t terribly functional in either of the two cities I flit between most:

In Phoenix, it plain won’t work; apparently, the Arizona state legislature wants me to find grog the hard way — see image below — which I think probably involves a horse of some sort (though Yelp doesn’t seem to have any trouble showing me where to celebrate after a Cardinals win). 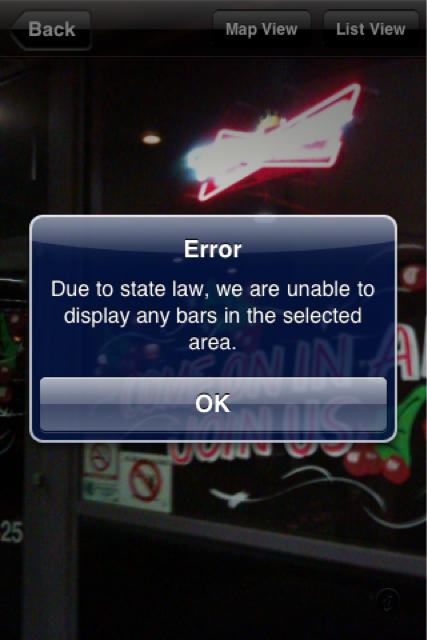 And quite frankly, if you really need augmented reality to find a bar in San Francisco, you’ve already had too much to drink and have probably thrown up all over your iPhone, rendering it (and the app) useless.