Along with iOS 6’s release, Apple has just pushed out OS X Mountain Lion 10.8.2, adding Facebook integration to Mountain Lion as well as reportedly finally solving the battery issues people have been experiencing since OS X 10.8.0.

You can download it now through Software Update; the change list should be found here in good time, though the link is not functioning as of writing.

Main changes look to include: 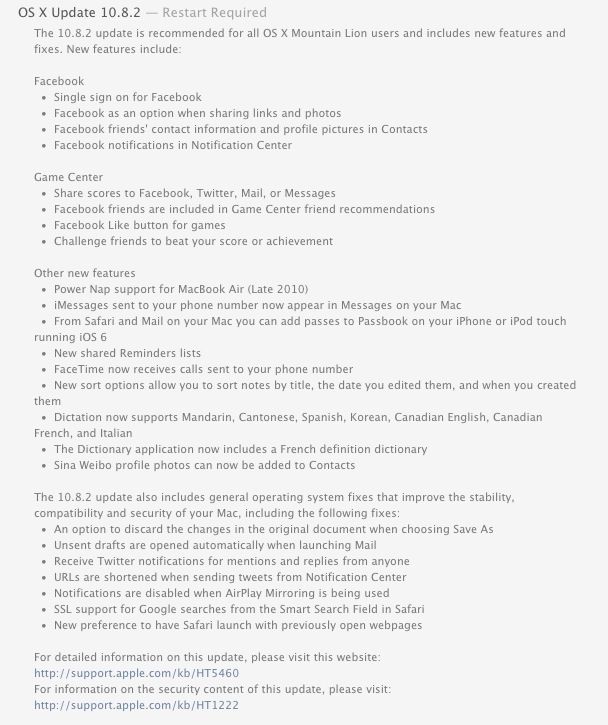