In the days leading up to an Apple product announcement, the rumor mill goes into full swing. This year’s iPhone 5 is definitely no exception. We’ve already seen dozens of part leaks of the new hardware, and the latest series of hi-res photos to surface reveal an assembled iPhone 5 next to the current iPhone 4S.

Today’s pics show just how much thinner the iPhone 5 will be.

Repair firm iResQ has been slowly leaking out iPhone 5 parts over the past several weeks, and now it has posted pictures of the fully assembled device. The general design matches up with previous rumors, and the pics follow a video of a semi-working iPhone 5 from earlier today.

We just received the iPhone 5 screen assembly and installed it on our iPhone 5 back casing. What you see is a culmination of all of the parts we have put together on the iPhone 5 so far. From the outside, the iPhone looks pretty much fully assembled aside from the two glass/plastic covers that belong on the top and bottom of back casing. The inside, however, is missing the most substantial (and arguably most important) part, the logic board along with a few other components. Despite the missing parts on the inside, having it in hand feels great. 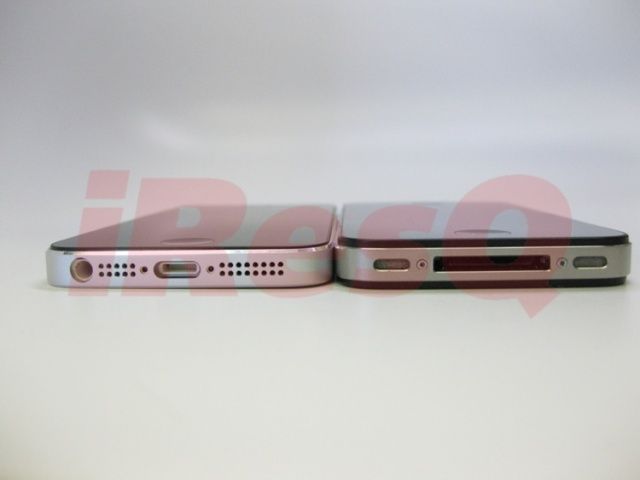 Based on the photo comparisons, the iPhone 5 will be substantially thinner than the current iPhone. A way to see the difference would be to remove the back glass plate from the 4S. The entire thickness of the iPhone 5 looks to be the width of the antenna band that wraps around the phone. 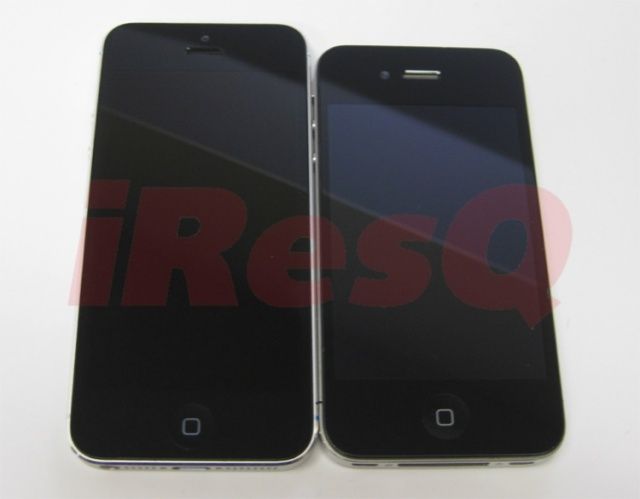 By now you’ve seen physical mockups and renderings depicting the device’s larger 4-inch display, so that taller design shouldn’t come as a surprise.

According to rumors, Apple has been able to make the iPhone 5 thinner by adopting “in-cell” touch technology for the taller display. The glass itself should not only be thinner, but also way more durable. Apple has also managed to package LTE networking (which requires more battery) into this thinner design. Details surrounding the iPhone 5’s internals, like the logic board and processor, remain vague, however.

Check out our ultimate iPhone 5 rumor roundup for everything you need to know about the new phone Apple is debuting next week.