The iOS 5 Notification Center displays incoming messages in a couple of ways. When you have an iOS device unlocked, a new message can be shown via a small banner notification at the top of the screen. A regular alert can be displayed for certain apps, and incoming notifications are also pushed to the iOS lock screen when a device is locked. The system works well, but Apple restricts the amount of text you can see in a given notification. If you want to read an entire message that’s more than a sentence or two, you have to open the associated app. 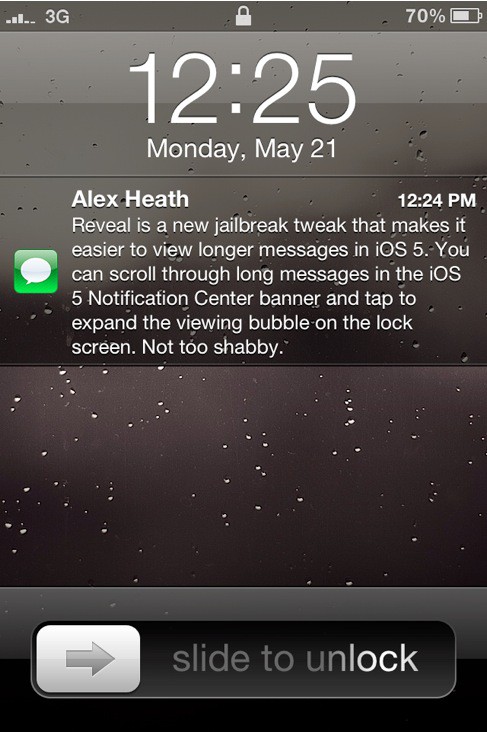 Developed by Joshua Tucker and Conrad Kramer, Reveal is a slick tweak that extends iOS functionality in a way that Apple could have implemented. There are no settings to configure, as Reveal integrates seamlessly into Notification Center.

Have you ever gotten a banner notification and been frustrated that you can’t see the entire chunk of text? If, say, a Twitter message comes in, you can typically just see the @ username followed by the first couple words. With Reveal installed, you can scroll from right to left on the banner notification to read the whole thing. 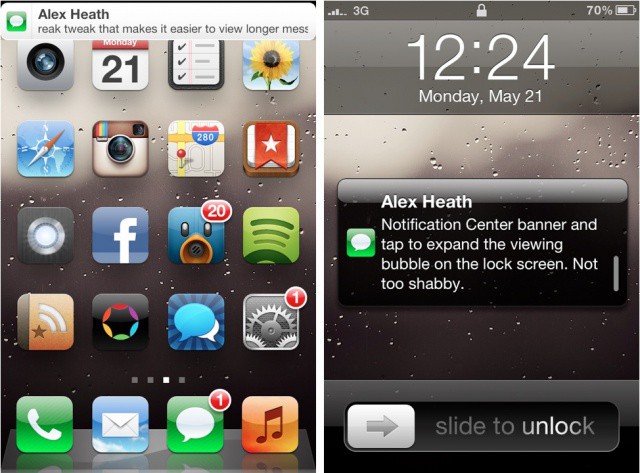 Here’s a video of Reveal in action:

Reveal is available now in Cydia for $2.