Earlier today we showed you that Apple was working on bringing the iOS Notes and Reminders apps to iCloud.com, and Apple has since removed the evidence from beta.icloud.com. After others have dug around to see what Apple is up to with its iCloud beta URL, an interesting find shows a new iCloud developer icon. 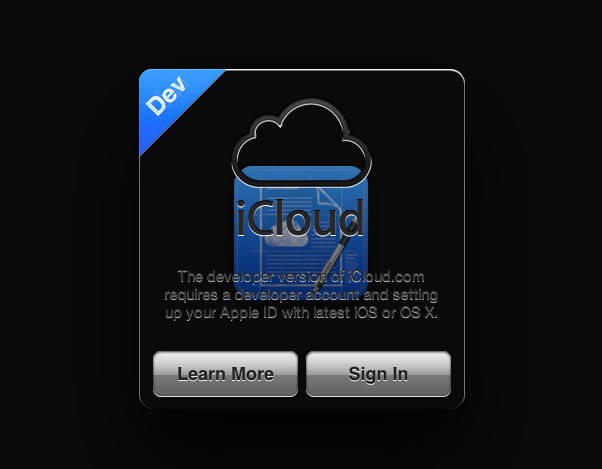 Designer and developer Jake Lazaroff discovered the above icon behind the developer.icloud.com login window. “The icon shares the blueprint style of the icon for Xcode, Apple’s suite of tools for creating OS X and iOS app,” noted Lazaroff. “Perhaps Apple is working on iCloud integration for their developer tools?”

9to5Mac also found references to iOS 6 in the site’s source code that indicate Apple’s future requirements for developers to install iOS 6 before accessing the iCloud beta site. Apple is widely expected to unveil iOS 6 at WWDC in June. The software is expected to have a new Maps app that will “blow your head off.”