Last month, after a couple of eggnogs at the office, I drenched my keyboard in a cup of coffee. Kind readers suggested running it through the dishwasher. Of course, putting keyboards in dishwashers is the kind of thing you read on the internet all the time, but never believe it actually works.

So, skeptical that it would work, I tried it myself.I’m happy to report that running a filthy, coffee-stained keyboard through the dishwasher works great. The keyboard is spotless, and it works perfectly.

Full procedure after the jump. 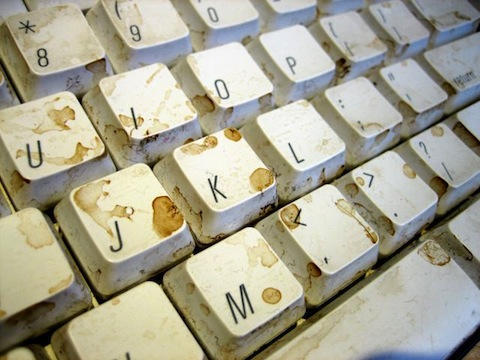 As described in a previous post, I drenched a keyboard in a cup of coffee. The coffee eventually dried, and the keyboard still worked OK, but I decided this would be a good time to test the dubious theory that keyboards can survive a trip through the dishwasher.

I’ve previously dismantled Apple keyboards like this after coffee and beer spills, and they’re a pain in the ass. There are tons of screws, and these keyboards are full of fiddly little silicon cups below the keys. I always lose a couple before I put them back together. And then the keyboard still doesn’t work, and I’ve wasted hours titting about.

The dishwasher treatment seemed like a good shortcut. But I was skeptical it would work. Especially this model, which has a couple of USB ports on the back. 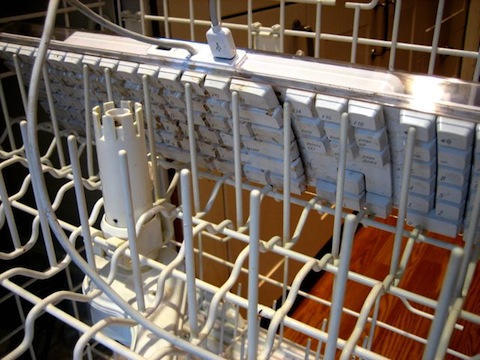 I loaded the keyboard into the top rack of the dishwasher, the keys facing down. I read somewhere on the internet that you’re supposed to wrap the USB plug in plastic to protect it. I was too lazy, so I plugged it into one of the two USB ports on the back instead. I thought about protecting the USB ports also, but again, couldn’t be bothered. 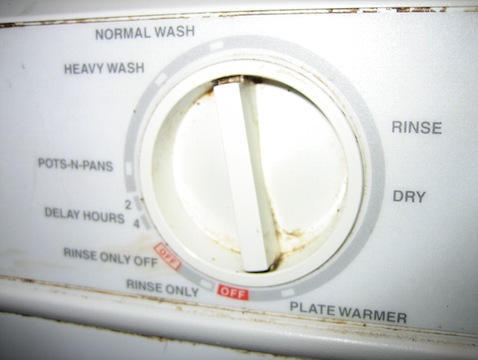 Turn the dial to the “Normal Wash” setting. Do not load dishwashing liquid. 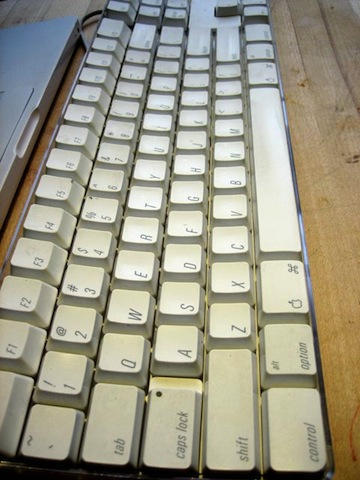 The keyboard emerged full of water, so I left it upside down for a couple of days to drain. This was only partially successful: There was still quite a lot of water trapped between the keys. So I put the keyboard next to a window and left it another few days in the hope the water would evaporate out. 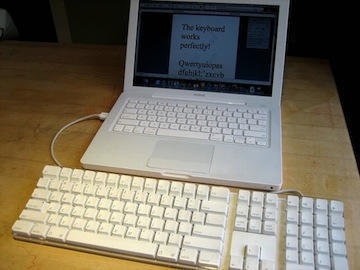 Five days later, and totally expecting the keyboard not to work, I plugged it into my MacBook. I was flabbergasted to find it actually worked! I tested all the keys, including the function keys, volume controls, and number pad. Everything works, including the LED under the caps lock and number lock keys. 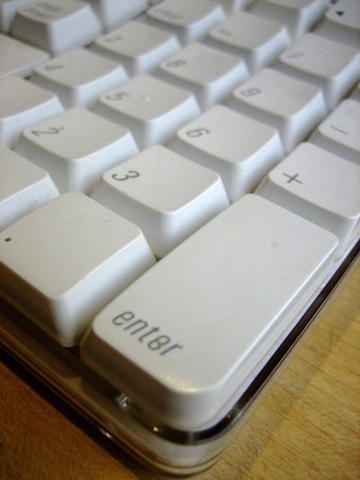 Look at how offensively white it is — it actually hurts your eyes.

So there you have it: Running a keyboard through the dishwasher actually works.

87 responses to “It’s Official: Dishwashers Are Great For Cleaning Keyboards”