When Steve Jobs introduced the iPhone to a delighted Macworld audience in January 2007, he said Apple had protected its invention with more than 200 patents.

He didn’t mention that his company had also patented the box the iPhone comes in.

On Tuesday, the U.S. patent office awarded Jobs and 16 other designers a patent for the iPhone’s packaging.

The iPhone’s box certainly is elegant. Pull off the top, and the iPhone is presented to its new owner sitting on a slab of glossy plastic, like an expensive watch. Hidden underneath are its accessories and instructions.

Jobs has always been fascinated by packaging, believing the unboxing routine to be a crucial part of the customer experience. All of Jobs’s products have been carefully packaged going back to the original Mac in 1984. Jobs believes unpacking a product is a great way to introduce unfamiliar technology to the consumer — they explore the components as they unbox them.

The new patent application contains little but pictures of the iPhone packaging. No less that 17 designers are named on the patent, including Apple’s design head designer Jonathan Ive.

Hit the jump for a cool exploded picture of the iPhone package. 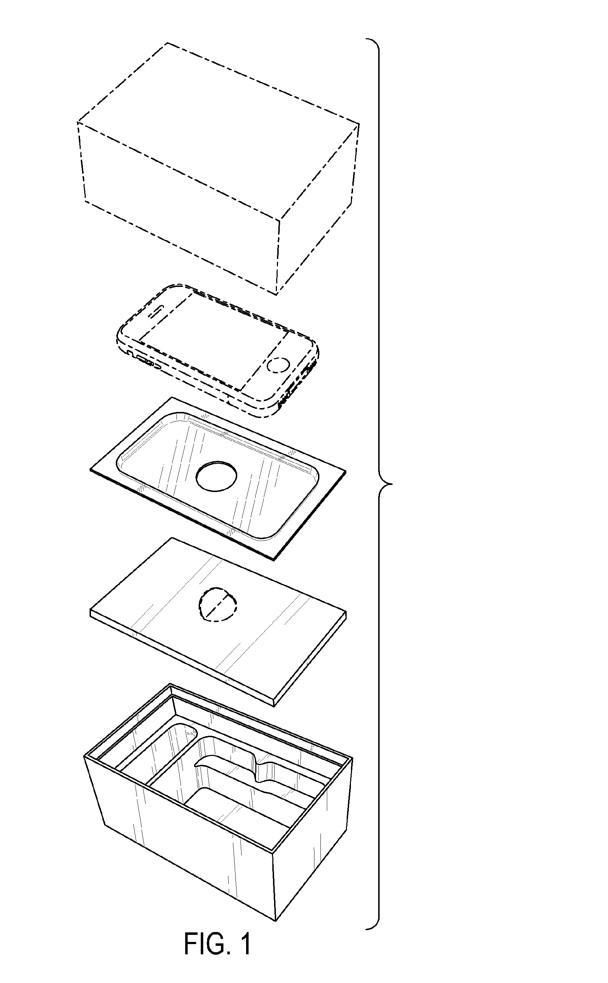