Did you see our post the other day about getting yourself a temporary Steve Jobs tattoo and decide to turn yourself into quivering flesh mosaic of intertwined Steve Jobs heads?

That’s nothing. Reader Dan Uricoli Jr. has lived and breathed Apple since he was 19. He was an Apple Corporate employee for three and a half years, and even now, as a professional musician fronting the band Stellar Revival, uses Apple products extensively in his art.

In fact, Dan is such an Apple die-hard that he permanently tattooed Steve Jobs’ iconic portrait on his right arm. Now that’s a card-carrying member of the Cult of Mac. 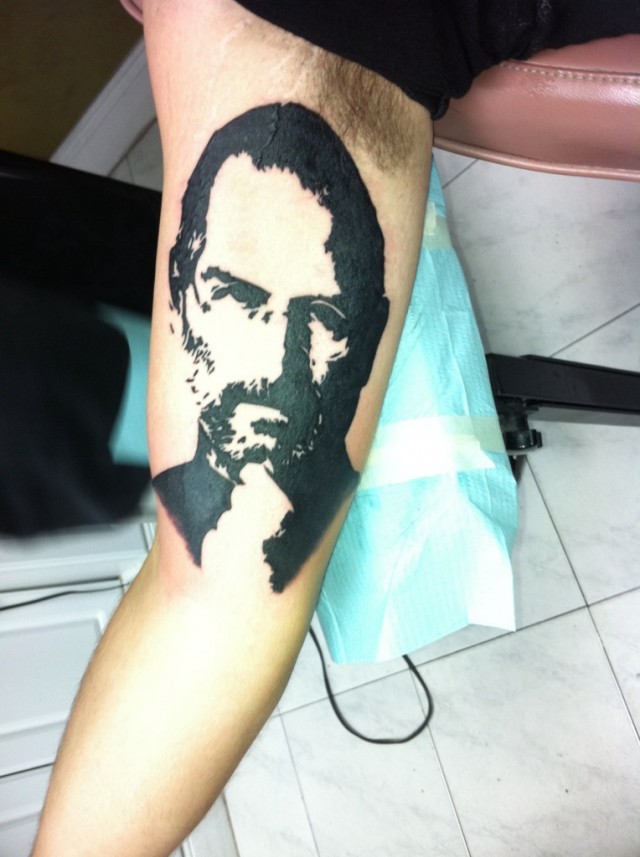 iDan (as he likes to be known) writes:

“I started working for Apple at the age of 19 (I believe I was the youngest employee hired at corporate level). I was on cloud 9, thinking about it still fills my iHeart with joy because I love Apple, always have, always will.”

“I left Apple back in May because my band “Stellar Revival” just inked a deal with EMI Worldwide and I am off to Vancouver to write and record a full-length record to be released in 2012,” Dan says.

But even though he’s left Apple’s corporate halls, Dan wanted to make sure that he never forgot the face of the visionary genius who had helped shape his life both professionally and artistically.

“About a month ago (before the announcement of Steve’s resignation) I decided to get a tattoo on my arm,” Dan says. “Although I knew Steve’s biography was coming out soon, I had no idea what photo they’d use for the dust jacket, or that it would end up being the same picture I tattooed on my arm. It’s like it was meant to be.”

“For me, Steve has been a huge role-model both technologically and musically. I have always looked up to him and was so fortunate to have the opportunity to work under his leadership. I am a true believer in “The Crazy Ones” and proud to wear such a iconic portrait on my arm.” 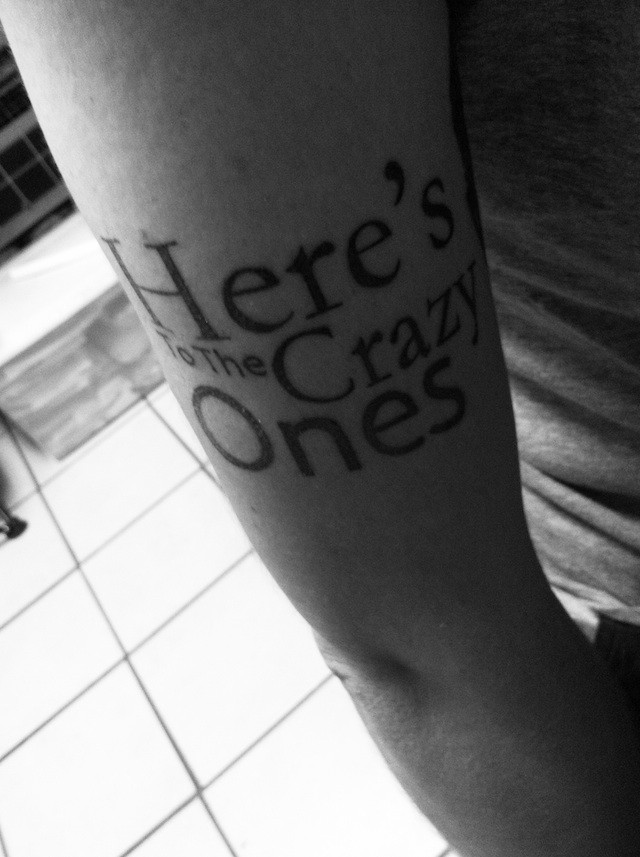 And does iDan have any advice for anyone looking to get hired by Apple, or to get signed by a major label? He does, and it’s the same advice Steve Jobs himself lives by.

You can hear some tracks from Dan’s band Stellar Revival here on the official MySpace page. 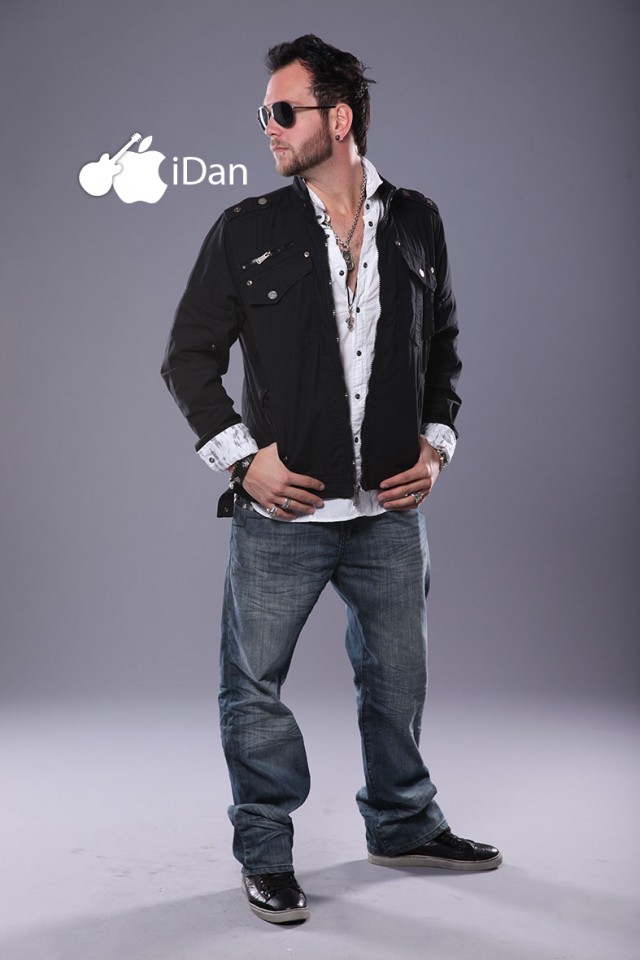