I just went to Cava22, the San Francisco bar where an Apple employee reportedly lost a secret prototype of the iPhone 5.

I was hoping to get more details, and maybe even track the missing iPhone to Bernal Heights, where police apparently tried to recover it. I live in that neighborhood. 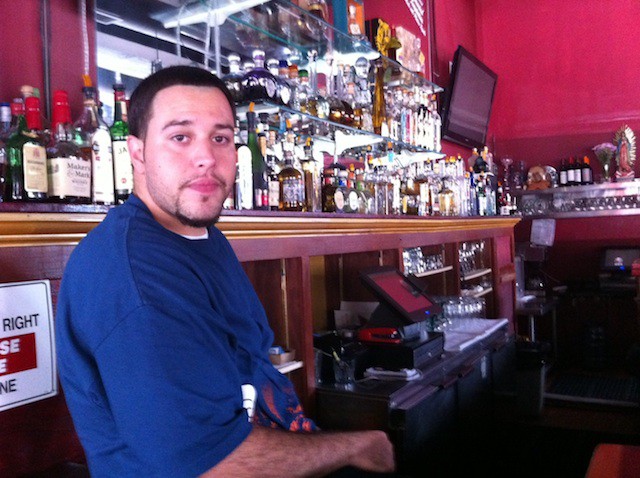 Cava22 is a tequila bar on 22nd Street near Mission Street. It’s a happening block. There’s a ton of bars and restaurants nearby.

I wasn’t the only reporter at Cava22. There was a TV truck outside from a local affiliate. The reporter was talking to Cava22’s manager, Jose Valle, who said he’d been taking calls from other reporters.

Unfortunately, it was the first Valle had heard of the missing prototype. He hadn’t had any dealings with Apple, the cops or frantic Apple engineers. His bar hadn’t been searched by the cops or Apple security. He had just heard the story from another reporter who called the bar.

He did say a customer called back in July saying they’d lost their iPhone in the bar. Had it been found it and handed in? Valle said he looked in the lost-and-found box, and asked his staff. No one had seen it. Coming up empty, he tossed the number. Could it have been an Apple test engineer? He had no idea.

As for the source of CNet’s story, Valle said it wasn’t him or his staff, he was pretty sure of that.

Talking to him, Valle seemed genuine and truthful. A story like this would be a great way to drum up publicity for his bar — genius even.

But I’m sure he was being truthful. There was, however, a mystery patron with an open laptop sitting in the empty bar. This was 30 minutes before opening time this afternoon. But that seems a stretch.

It’s certainly not a publicity stunt by Apple. The company has all the publicity it needs.

UPDATE: Cnet’s story has been updated with comments from Valle saying the same thing: he hadn’t been contacted by Apple or police.