Here’s another little neat trick from the latest developer beta: in iOS 5, you’ll be able to download and install more than one app at a time, even on 3G.

Previously, if you wanted to install an app under iOS, you could install only one at a time. If you tried to install a second app while a first was installing, the icon would pop up on your home screen, but you’d just get a “Waiting…” message until the first app finished downloading and installing.

With iOS 5, all that changes: multiple apps download and install at the same time, with no queue. Even better, it all works fine over 3G: 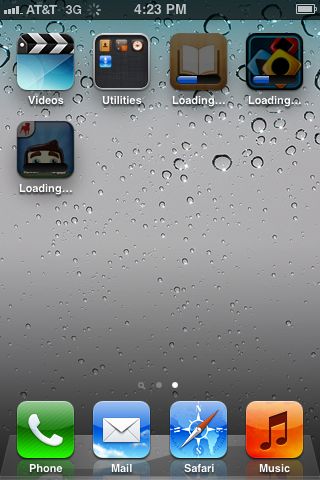 It’s a small tweak, but it’s all part of iOS cutting the cord with the iTunes desktop. Thanks to Apple ‘N’ Apps for the tip!