Road Warriors are people, not simply animatronic robots — if you prick us, do we not bleed? If you lose our luggage, do we not get pissy? And people need tunage. That’s where Logitech’s S715i rechargeable speaker dock ($150) comes in. Sling it in a bag and it’ll provide the party out on the road while you’re furiously tapping at that TPS report or chilling post-deadline — and it’ll look hot doing it. Just don’t expect much when the party goes ballistic, because the bass simply can’t keep up.

This is one handsome dock. Swoopy, sexy lines and tight construction impart a sense of sophistication. It feels solid; buttons feel good when pushed and the rear stand pops into place with a satisfying, soft click. It’ll look good sitting alongside an MBP, and it’s diminutive enough not to get in the way. And even though the S715i is a bit on the porky side for a portable dock, it still plays the role fairly well when packed into an overnight bag.

Docking is hassle-free, and while there aren’t any controls beside power and volume on the unit itself, there’s a small, simple remote to handle basic functions — power, track and volume controls, plus shuffle/repeat. There’s an aux port alongside the power port at the back, both of which are well sealed.

It’s got stamina too — tracks played for a good eight hours before the dock finally died, just as Logitech claims.

Not to say the S715i doesn’t deliver the goods under most conditions — it does. But the higher the volume, the clearer the S715i’s bass shortcomings become as distortion appears.

The tiny remote feels dinky compared with the dock, and wasn’t too eager to actually work when pressed. Also, there’s no slot to keep it in (beside the slot for the power cord in the supplied canvas carrying case — which itself is pretty dinky).

Not that we’d expect it from a dock this size, but the iPhone won’t charge when the dock is running off battery power.

If you can overlook its accessories (as its designers seem to have done), aren’t  bass nut and aren’t shopping for a bargain, the S715i makes a good pro-on-the-go traveling companion. 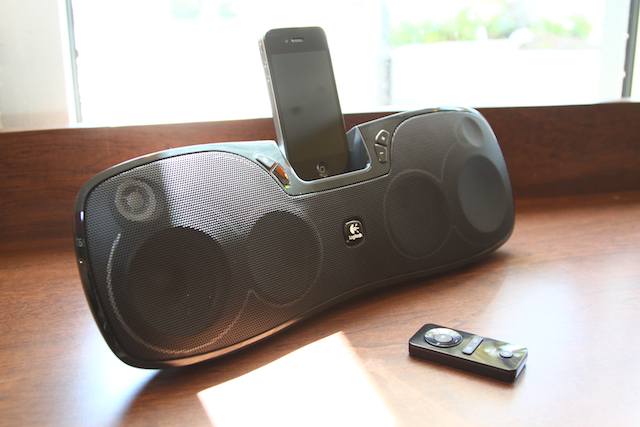 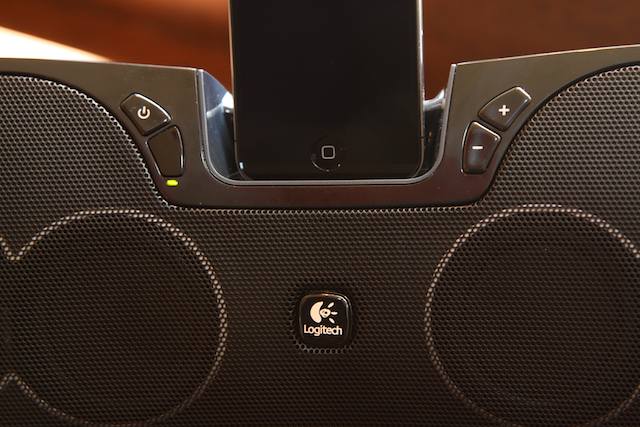 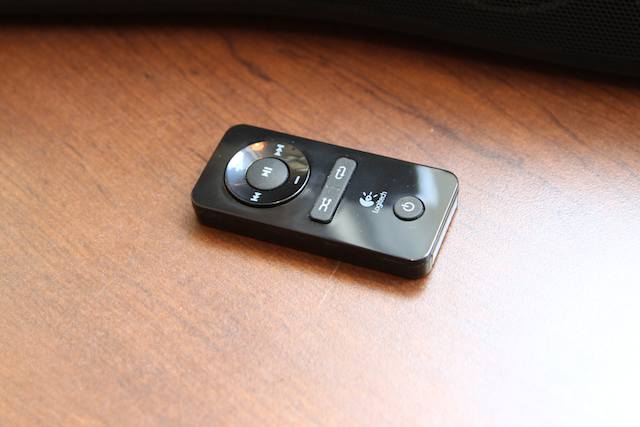 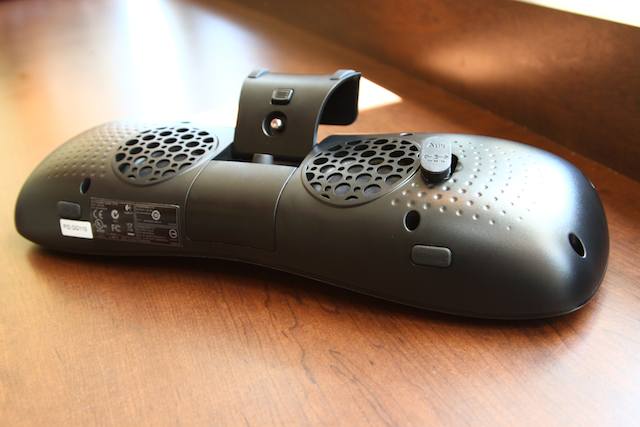