Are you annoyed by the lack of a timer feature for the Camera in iOS? How about for the lack of a rapid shooting feature? Fortunately for jailbroken iDevices, PictureMe lets you do just that. It’s available for $1.99 in Cydia (a price of $0.99 would’ve been better), and integrates right into the stock Camera application. 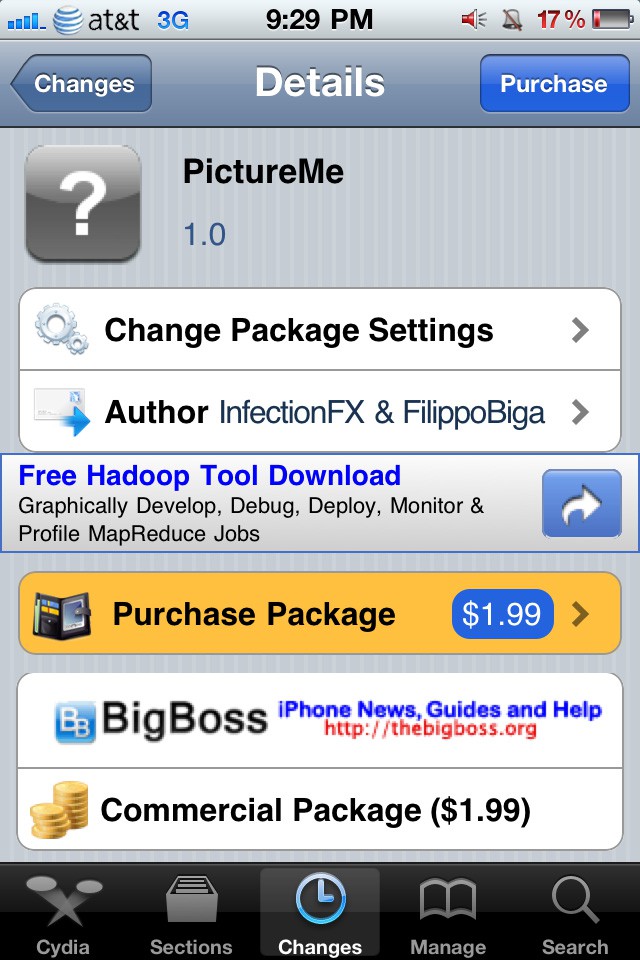 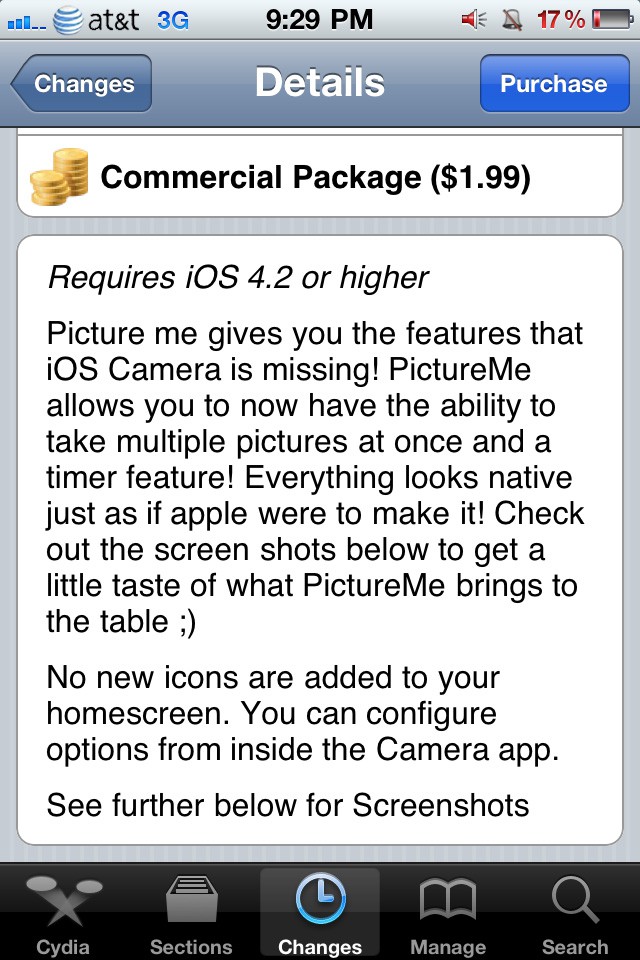 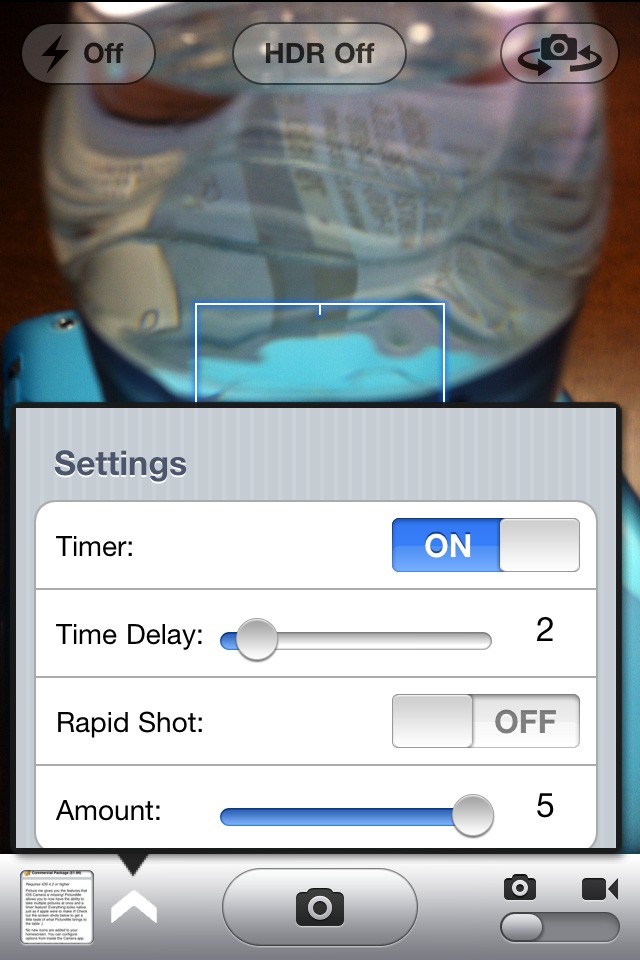 There will be a little white up-arrow on your bottom bar in the Camera app. Tapping on this will reveal the settings for PictureMe. This is where you’ll find the settings for the timer and rapid shot feature. The sliders should be self-explanatory.

PictureMe currently has some bugs. For starters, tapping on the white up-arrow again should get rid of the settings, but it’s still overlayed on top of the live camera feed. A more annoying bug is with the rapid shot feature. For instance, choosing to take 4 pictures will end up taking 7, and choosing 5 pictures will end up taking 9. I’m sure these bugs will get fixed in the future, but things aren’t looking too good right now. I’ve also read a number of reports on Twitter of the same thing happening to them.

With the way PictureMe is right now, I can’t recommend people to install it unless they want to deal with bugs. Once the bugs are fixed (and if the price were to drop by $1), I’d definitely give this tweak a thumbs-up.