A common complaint by Android users is that iOS isn’t customizable. Well, jailbreaking removes that “issue,” and opens up a whole new world. Once jailbroken, users get access to thousands upon thousands of beautifully designed themes, a lot of which are being converted to an “HD” version for retina display support. A lot of recent themes feature HTML5 lockscreen animations, which are really quite spectacular. Hit the jump to check out 15 really cool themes.

Before I begin, I’d like to thank themer and all-around-awesome @jima6636 for compiling most of the list.

Also, you’ll probably notice that a number of these themes have a price tag next to it. If you’re new to jailbreaking, keep in mind that a lot of the nicer themes nowadays cost a couple of bucks to download. It’s a very small price to pay for themes that took a lot of work to design for our own enjoyment purposes. 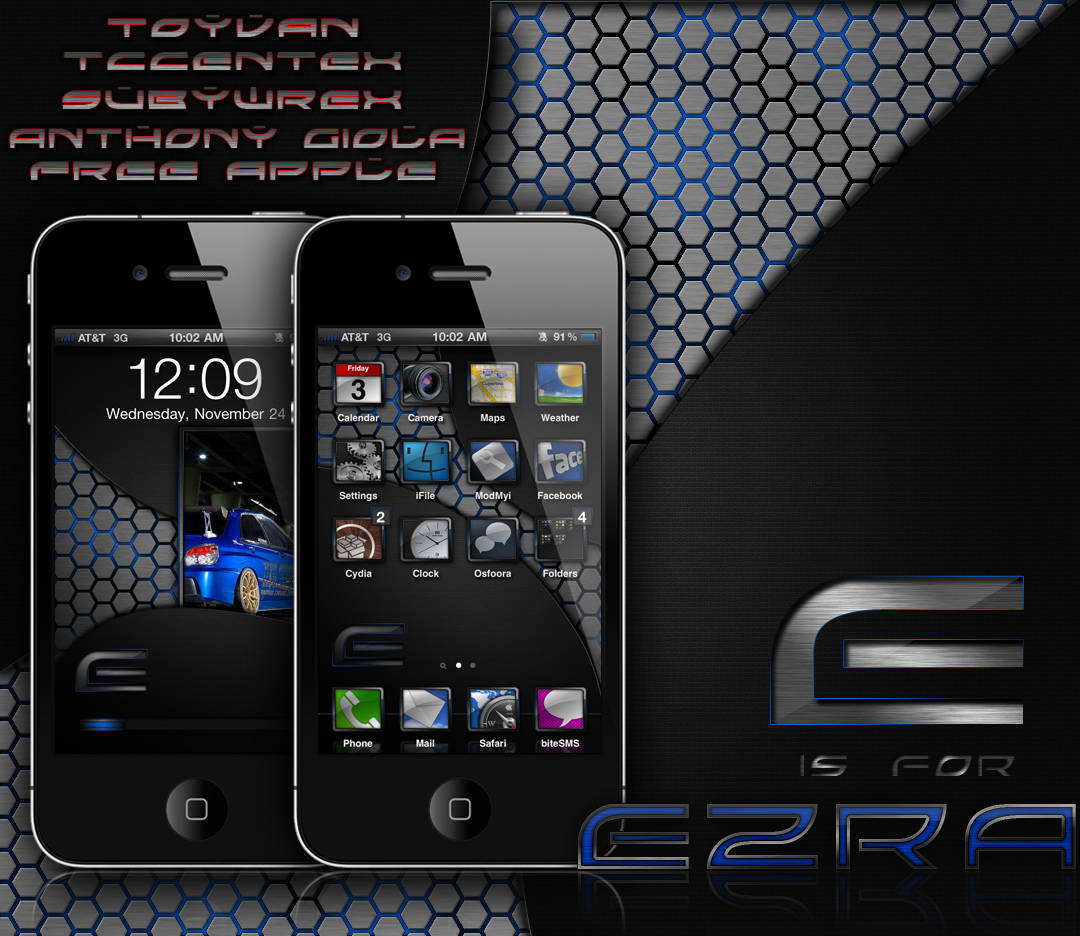 Back to the theme… It features everything: multiple colors schemes, weather widgets, animated lockscreens, and a lot more. 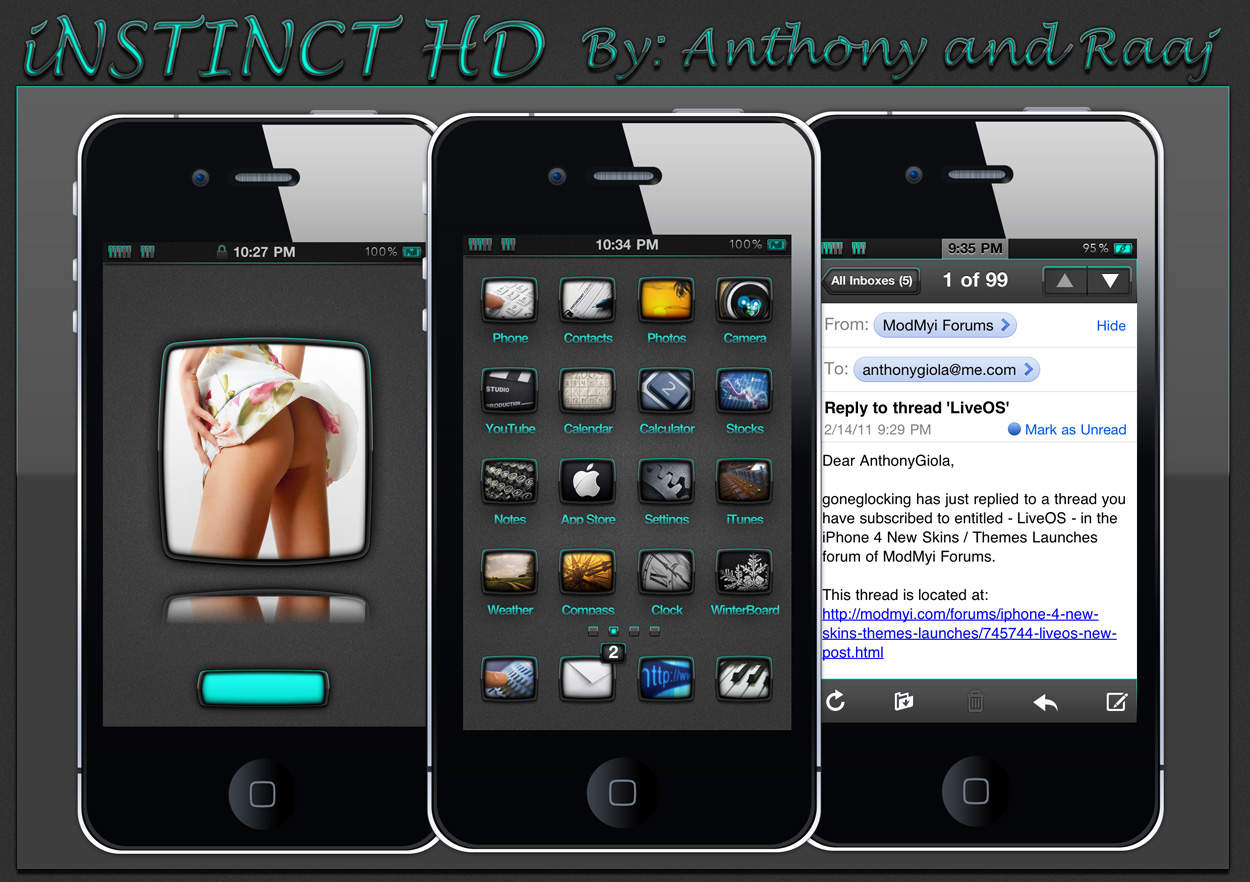 This theme is somewhat minimalistic, but is still able to customize nearly every UI element of iOS. While I’m not a fan of the shade of blue that’s used throughout the theme, it still looks fairly slick. It comes with a few extra lockscreens as well as a SpringBoard layout that’s made of HTML.

Sleek, minimalistic, and sexy. I like how everything just sort of flows together with this theme. There are a lot of grey and orange accents, which go great together. You also get a few custom themes for SBSettings with your purchase. Also, this theme uses icon masks, so all of your app store apps will automatically get themed.

Here’s a theme that you can show off to your friends to convince them to jailbreak :). iNviSion’s a theme that looks really futuristic and… blue. Again, this is my least-favorite shade of blue, but a lot of you will probably like it. 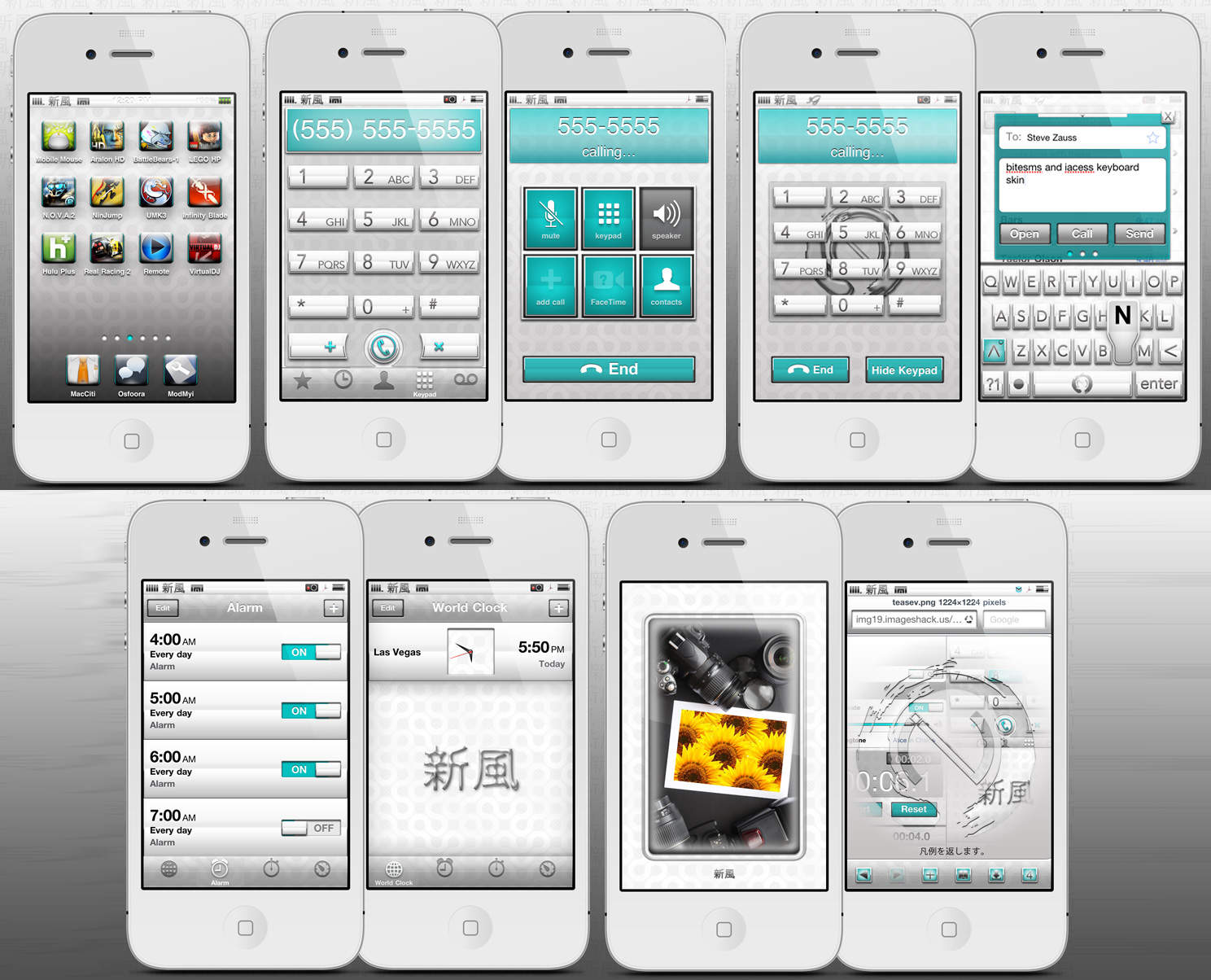 Finally! A bright theme! As you can tell, this theme is made to go with the white iPhone 4. Considering I actually have a white iPhone 4, this theme instantly attracts my attention. The entire UI is bright and nearly everything is customized. As with a few other themes, it has a shade of blue that I just don’t like, but this theme is still extremely nice.

Here’s a theme that contains the best of both worlds: dark, and light. While most of the UI elements are dark, there’s still a bit of bright elements in this theme, which makes everything look really slick. Let’s call this a “hybrid” theme. There are also a number of color schemes that you can choose from with just one purchase. Definitely check this one out for something that’s truly unique.

Here’s another complete theme. Not only does it automatically create custom icons for all of your App Store apps, but it also comes with a custom keyboard for use with iAcces (like some of the other themes do). It also comes with a pretty cool animated lockscreen. But, like a few other of the themes, it uses a weird shade of blue that I’m just not a fan of.

Black and red you thing? Here’s the theme for you. It automatically creates custom App Store icons, and this theme also includes custom sounds! It’s a really slick and awesome looking theme.

Here’s one that’s pretty out-of-the-ordinary. It uses really bright and slick shades of blue and green to show off it’s UI elements, and it looks pretty stunning. According to the designers, it changes roughly 97% of the entire iPhone 4’s UI. 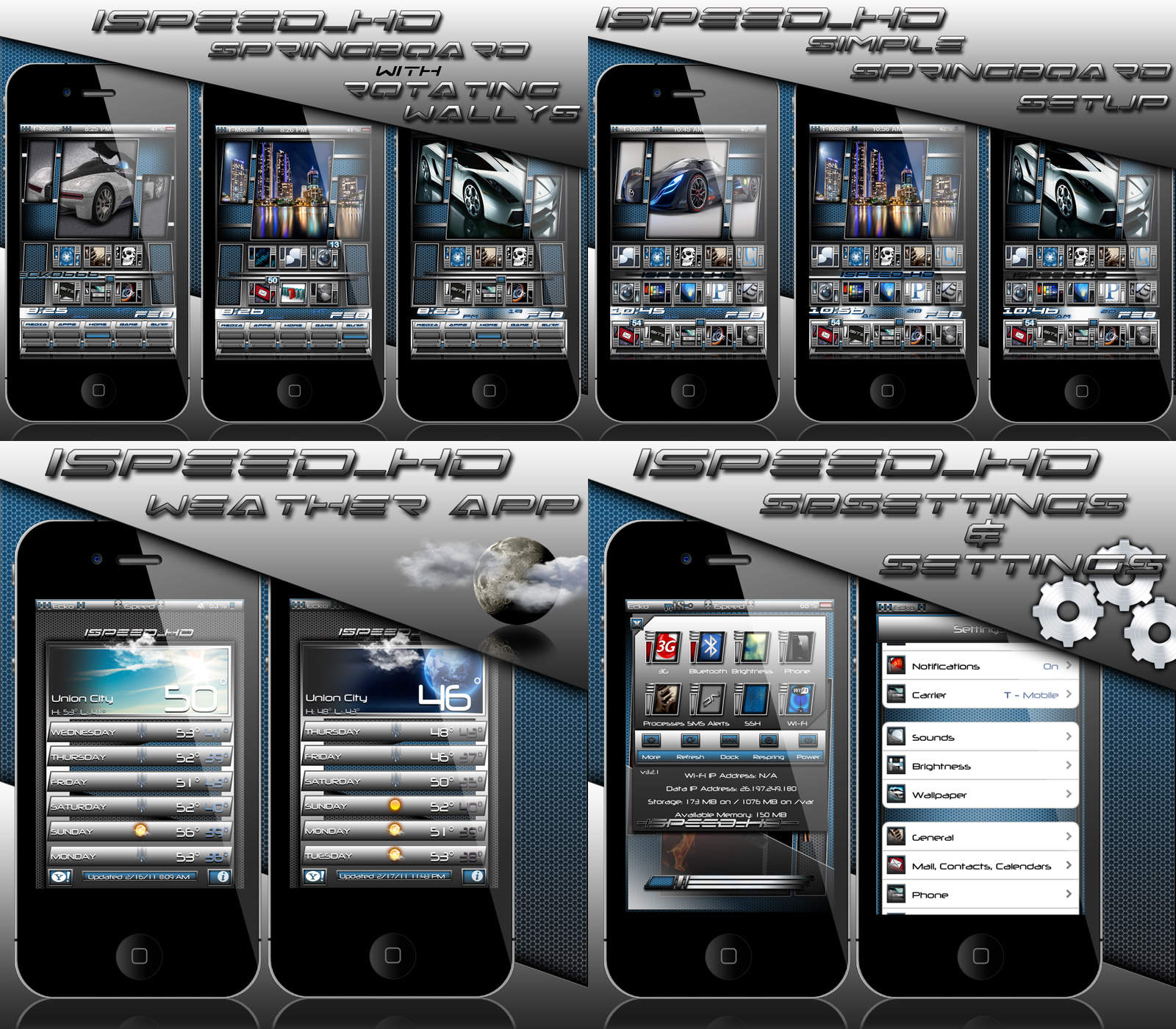 This theme’s probably the newest one of the bunch. It’s new enough to where it’s not even available in Cydia yet, but you can grab it now if you donate $3 to the designer. This is a theme that I’ll be having my eye on. It’s truly elegant and unique. It really feels as though your phone will be made of speed with this theme. Your wallpaper even changes with a cool animation, thanks to HTML5. 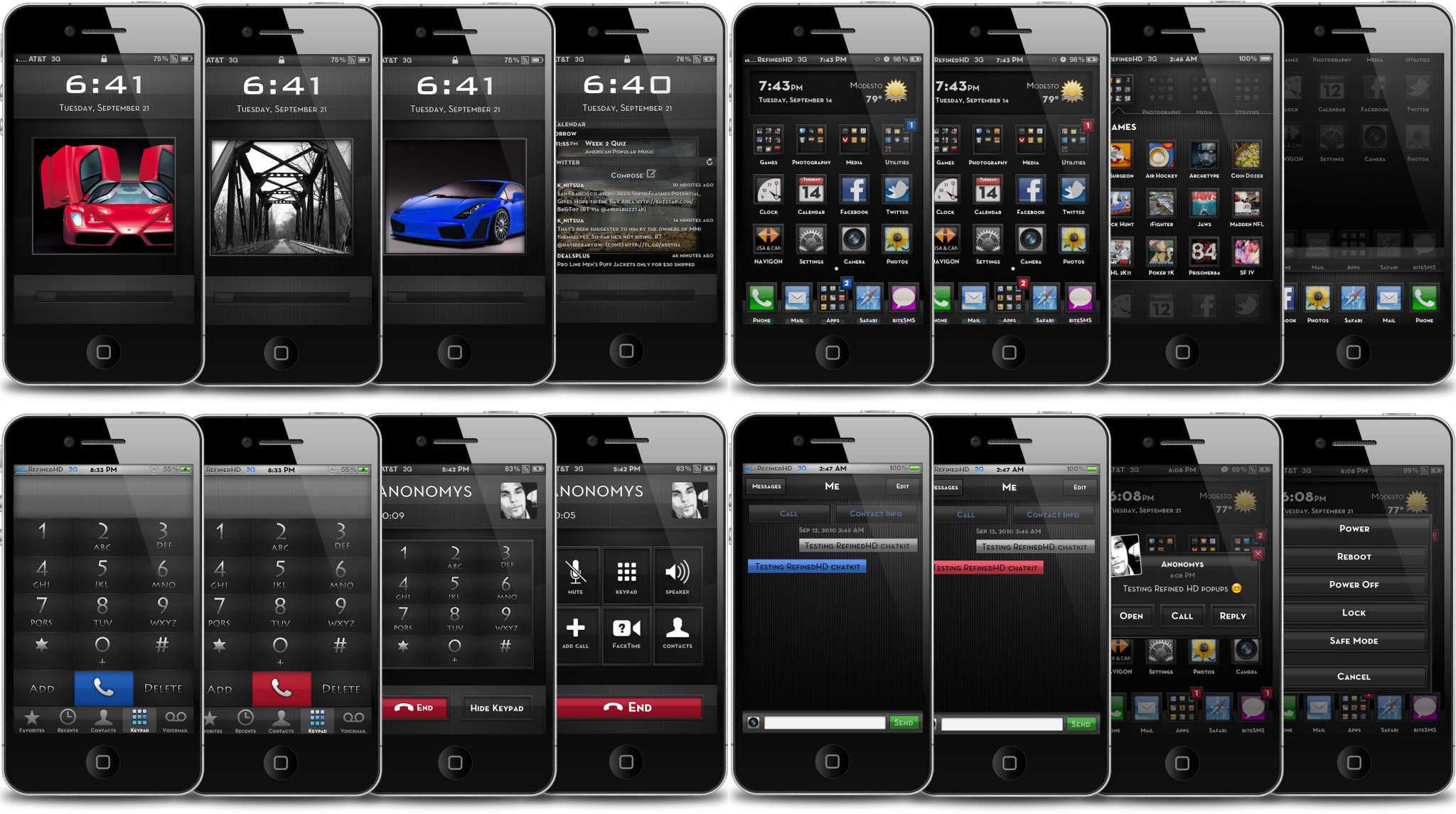 This has been one of my more favorite themes for about the past 5 months. Everything fits together beautifully, and it comes with red and blue accents. It’s very simple, and it just looks like something Apple might’ve created. 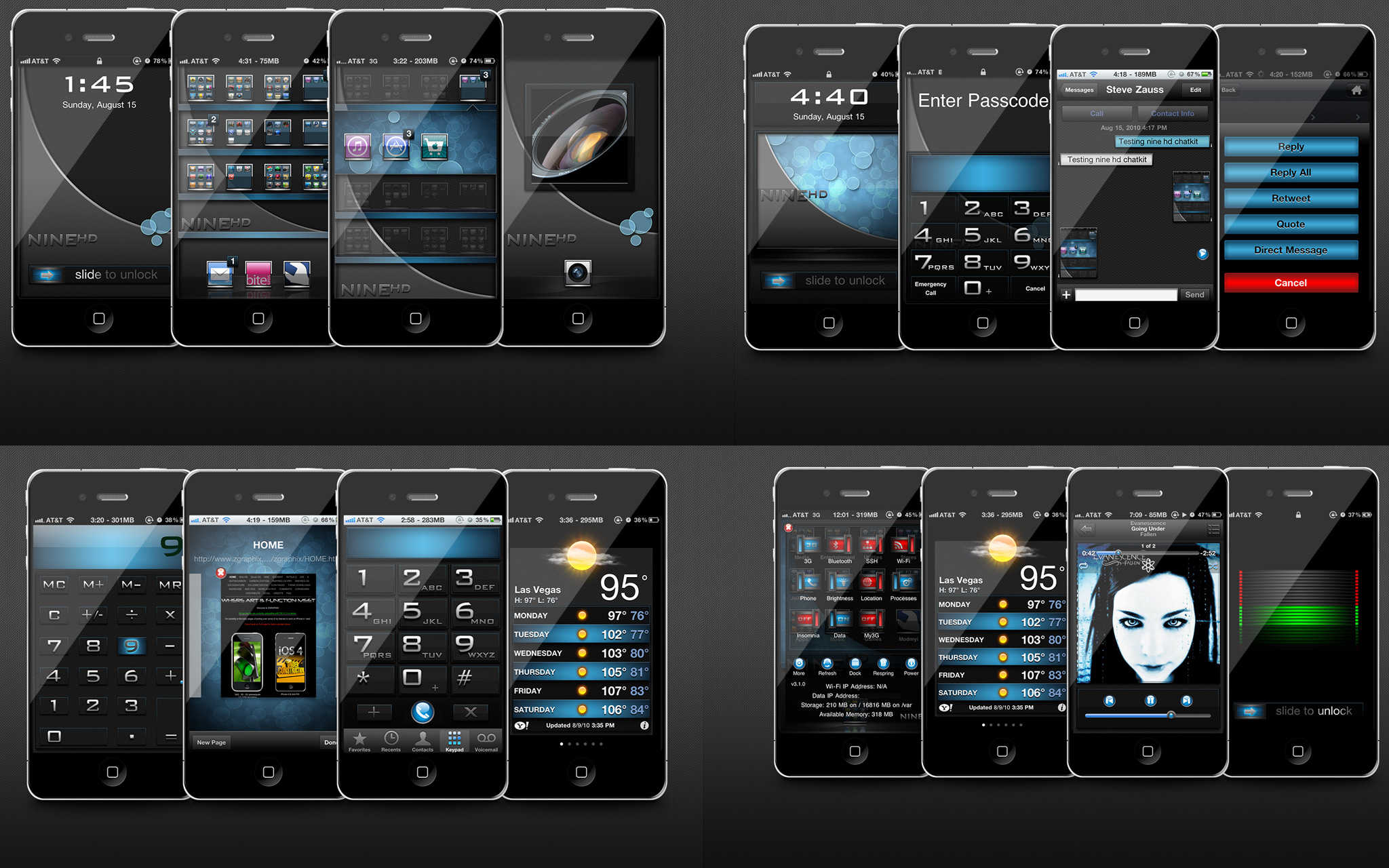 This theme seems a lot like NineHD, but this one has a lot more blue in it, which I like a lot. My favorite part of this theme is the really slick SBSettings theme. This theme seems to integrate better with all of its piece of UI when compared to some of the earlier themes. 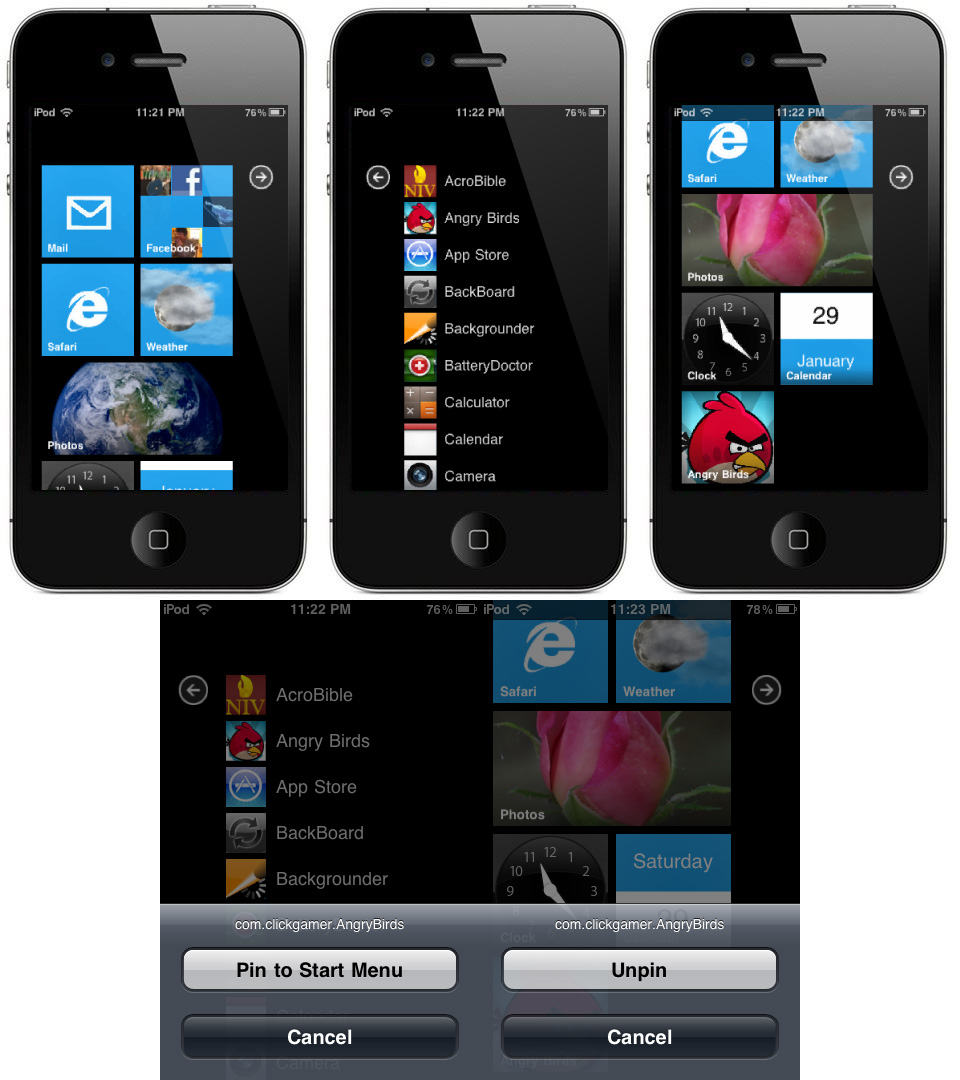 You may have seen this one already all around the web, and it’s pretty cool. Currently in beta, this theme will transform your homescreen to look almost exactly like Windows Phone 7. It even features tiles that will automatically update, such as the calendar, clock, and more. It may looks like this theme takes a while to setup, but the developer made in such a way where you only need to activate it in BackBoard, and you’re done. 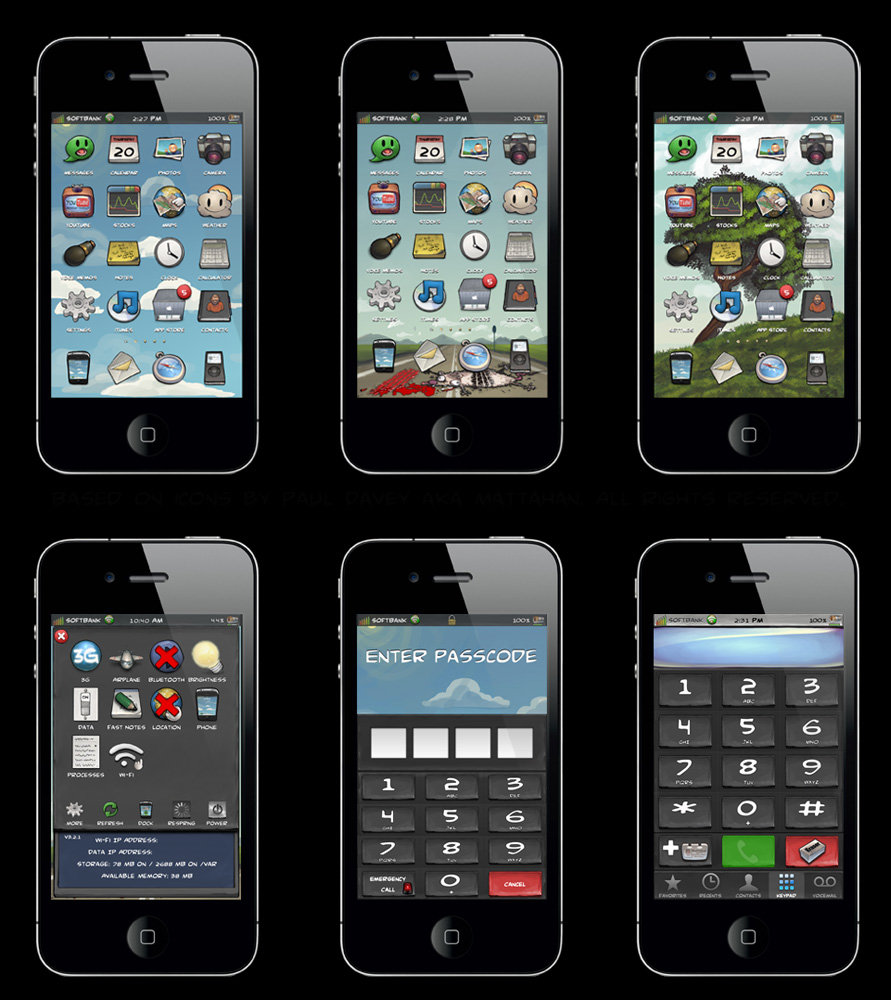 This one’s pretty cool. It’s community driven, which not only makes it free, but it makes it really really cool. It features a lot of custom icons and is probably the most colorful theme out of the bunch. It’s also constantly being updated, which is also a good reason to try this one out. 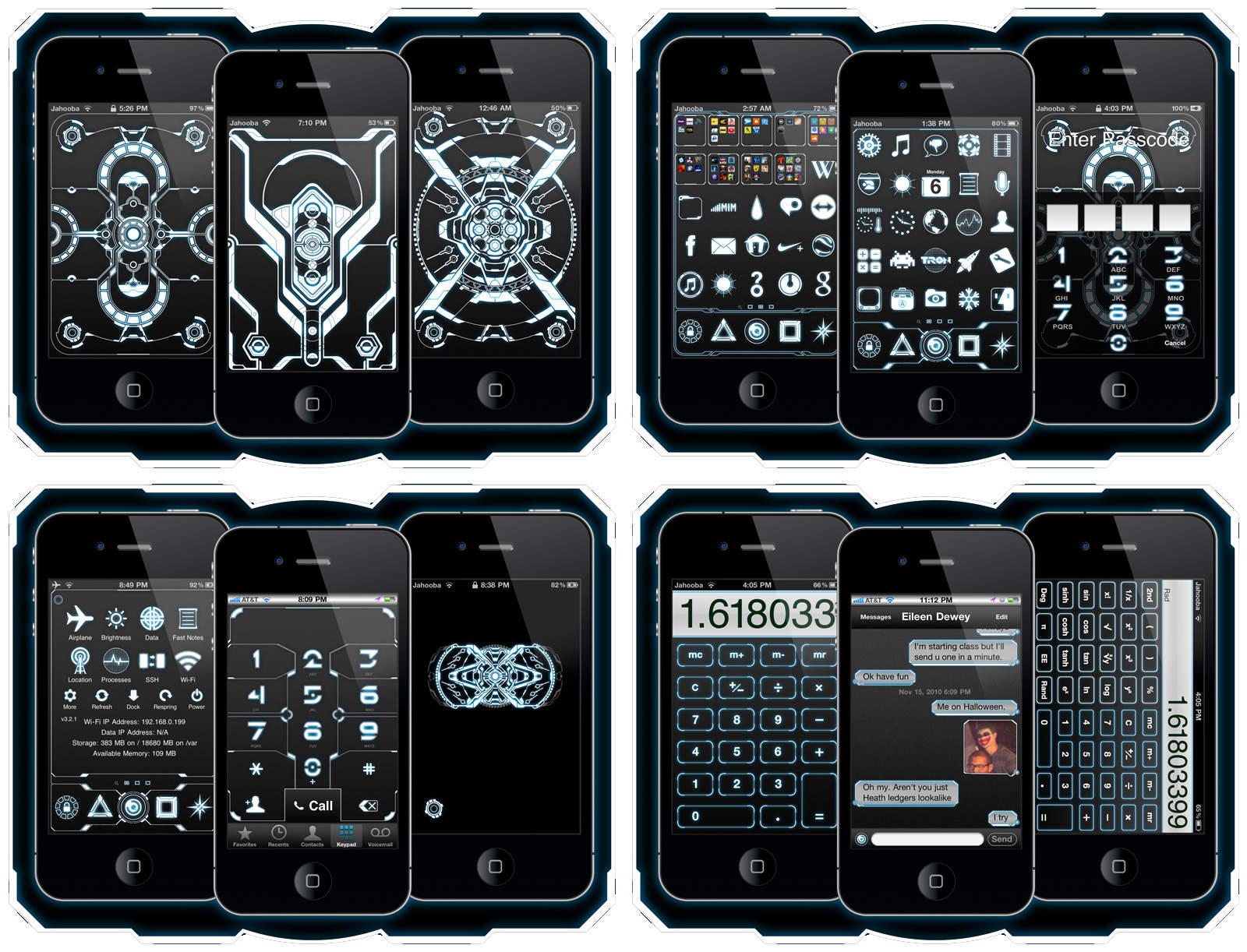 This one, in my opinion, is the coolest theme that I’ve shown you so far. It takes a lot of elements from TRON, MechWarrior, and other things. It gives you a really cool interface that’s like no other. It’ll take a while to setup properly, but the designer put up a great how-to guide that’s extremely detailed.

There you go folks! That was a quick look at 15 really neat themes for iOS. Let’s see the haters hate now ;).