We previewed this compact dock last January at CES in Vegas and came away impressed that Altec Lansing could make a unit so compact and relatively inexpensive sound as good as it did. When they contacted us and said they had review units available, we wondered if we’d still be as impressed with the inMotion Compact once all those mojitos had cleared our system. Turns out, the mojitos had nothing to do with it.

Just to clarify, this is the iMT320 inMotion Compact, not to be confused with the iM310 inMotion Compact, a smaller, less powerful (and less expensive) unit. Why Altec Lansing insists on such confusing nomenclature is puzzling; luckily, it seems the marketing and design departments keep a healthy distance from each other, judging from the no-nonsense, clean designs the outfit usually produces.

This new inMotion Compact is no exception; AL keeps it decidedly simple with the iMT320. The only interruptions to the smooth surface of the sleek, black, rhomboid are three flat, massive buttons: a pair for volume and the other for power, stationed just beside the distinct, danger-yellow power light.

In a clever design twist, the iMT320’s front cover, which protects the speakers in transit, opens up and wraps around the back of the unit and becomes its stand when slotted into a groove at the back. It’s pretty nifty, and it works well. The point at the leading edge of the unit where the cover folds back on itself seems like it might be prone to begin tearing at some point in the future, although it showed no signs of doing so during the test period.

But the real beauty of the iMT320 — which is way too clinical a name for this amiable little dock — is how much it wants to be your sound-slinging, follow-you-anywhere little buddy.

I’ve played Bebel Gilberto through it out on the patio, sat it on the counter and had it feed me the morning’s news via Public Radio Player while I’ve cooked breakfast, and used it in combination with Alarm Clock Pro to wake me while away from home (note: this necessitates plugging the unit in, because on battery power it’ll switch off after about five minutes if nothing is piped through the speakers to save the batteries). Its sleekness makes it easy to stick in an overnight bag, and it’s just about light and compact enough to ferry around in a backpack or messenger bag. 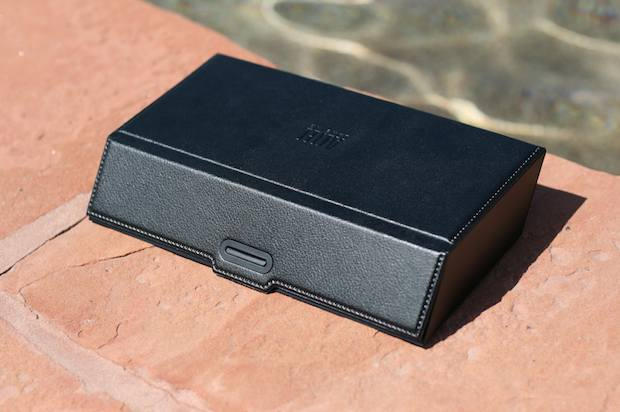 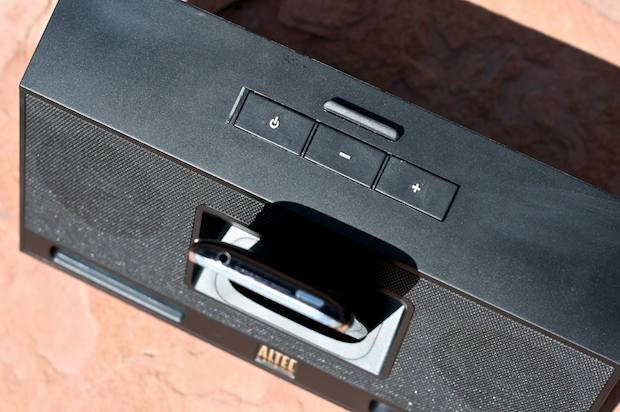 Fire up the tunes, and it becomes apparent that this is no milquetoast mini-dock. The unit constantly impressed with the fact that such a compact unit could produce such distortion-free sound, even with the volume cranked almost all the way up — which isn’t loud enough to keep a frat party entertained, but significantly louder than its size might suggest. Performance competes well with other docks — the IMT320 doesn’t sound like an $80 dock. Highs and mids are surprisingly clear and full; bass, while not even close to thumping levels, is at least present, and above average for a dock this size. Like most directional bass ports though, the iMT320’s are sensitive to placement and sound best when at head-height and directed toward the listener.

This dock really shines when untethered from an outlet, and Altec Lansing says the dock will play for 24 hours on a set of four AAs. During testing, I sucked three weeks worth of use from my set of rechargeables, and must have come close to that mark or hit it. While plugged in, the iMT320 will charge whatever’s in the dock.

The unit is also shielded, so no buzzy interruptions for iPhone users.

There’s not much else to this dock besides speakers — no clock, no radio, no remote — but the extras don’t really feel missing on this dock; because the unit is so portable, a remote seems an unwieldily addition, and the clock/radio — while nice if included — are both easily replaced through apps. There’s also an auxiliary input, should you want to pipe tunes on, say, a Shuffle through it.

About the only thing missing is the lack of a pause/play button, and more bass. Apart from that, this new inMotion Compact seems to hit the sweet spot between performance, price and portabllity. 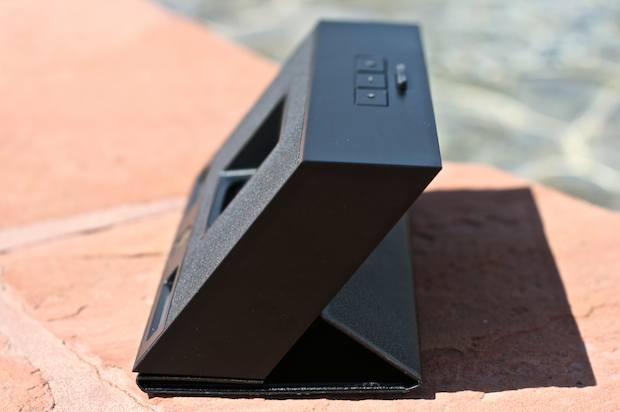 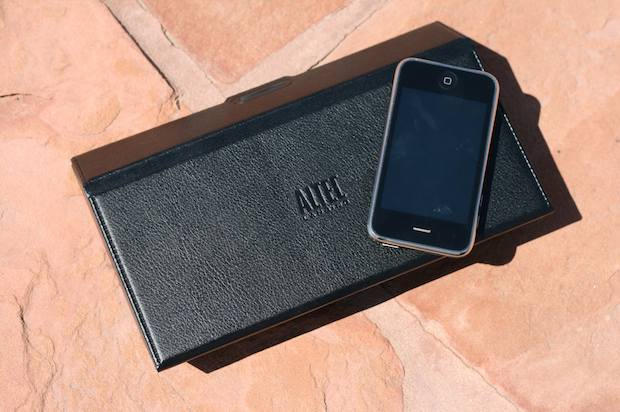